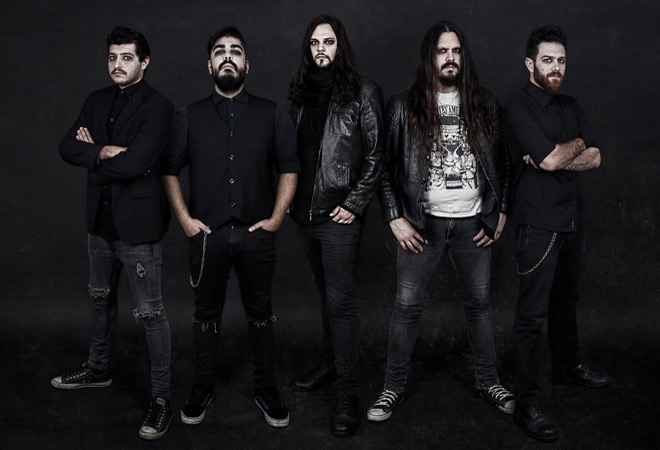 Athens, the heart of Ancient Greece, is historically known as a powerful civilization and empire. A thriving modern city to this day, when thinking of the Athens’ Metal scene, most would immediately mention Septicflesh and Rotting Christ, but another worth mention is the group calling themselves SadDolls. A mix of genres, the Gothic Metal band, together over a decade now, first made an impact with their 2007 EP, Death in the Dollhouse. Since following up with several albums through the years, their 2014 album, Grave Party, saw the band shift their styles to include more Darkwave EBM with Industrial Metal leanings. A successful record, 4 years later, the dolls are back with their latest album, Blood of a Kind.

Released on March 31, 2017 through DarkTunes Music Group, and German label Trisol Music Group, Blood of a Kind marks the fourth overall full-length album from the band. Including core dolls from the previous works, George Downloved is on vocals with Paul EvilRose and J.Vitu on guitars with G.B. on bass. This go around, Foivos Andriopoulos returns to the fold, taking over for St.Gus on drums. Not too bad for a band who has had several lineup changes since initially forming as a cover band back in 2006. Not to worry, main songwriter EvilRose and Downloved are still very present in the creative process that is SadDolls, and what a presence it is!

As mentioned, SadDolls are very much within the Gothic Metal realm, but like any act, have progressed through the years. Now dubbed by many Deathwave, some may wonder just what exactly is Deathwave? The “death” part comes from the popular subgenre of Death Metal, that part seems obvious. What about “Wave?” For that we need to rewind. It is not really New Wave, no, it is darker, think Darkwave. Back in the ’80s, Darkwave took Post Punk and New Wave and added dark introspective lyrics that differentiated it from other genres, think Bauhaus and Siouxsie and the Banshees. So there you go, New Wave, to Darkwave, with Death Metal plus Darkwave equaling Deathwave. Phew, exhausting! Nonetheless, the combination of all these genres creates a very lush and rich sound.

Produced by Hiili Hiilesma (ΗΙΜ, Sentenced), with Blood of a Kind, SadDolls absolutely encompass all the sounds of each sub-genre. On one side there is chunky distorted  guitars, double bass drum, strong vocals, and driven beat. Countering all that are haunting keyboards and silky smooth female backup vocals. Helping to tie all together are the breaks and changes. These important parts of the songs make them fresh and diverse. For example, the opening track, “Dunkelstein,” is exactly how one would expect SadDolls to sound. Featuring guest vocals from Mikki Chixx of Stoneman, it is a track that begins very slowly, starting with keyboards, until the drums hit you in face! The drums only let up slightly as Downloved and Chixx’s eerie vocals take center stage.

Also a bold part of the chemistry heard on Blood of A Kind is the keyboard tone. Very consistent throughout the album, like an eerie church organ, it ties Blood of a Kind together as a congruent piece. Doing an impressive job of melding all these elements together, somehow all these layers create a wonderfully chaotic, mellow, intense, yet ambient album. That said, it is the type of album that each individual can take away something different. This is heard on the single “Cold Blood Inside” as well as other songs such as taboo “Sex in Church” featuring Charon’s Juha-Pekka Leppäluoto.

Even more so, depending on your mood, Blood of a Kind can evoke different emotions. If introspective lyrics are your thing, they are here. If you are looking to get revved up? No problem, just focus in on the strong drum beat which is enhanced by Downloved vocals which seem to ride the wave left by Andriopoulos. If heavy guitar is what gets you going, well check that box. Feel like dancing? Go for it! Remarkably, if you just take in each song as a whole and allow those beautiful keyboards and backup vocals take over, it is wonderfully melodic and tranquil. Somehow, SadDolls have made an album that is the perfect for various settings, whether you need soundtrack for the gym, or just want to relax on the couch. Speaking of soundtracks, the song “Jigsaw” is very much inspired by the Saw films as it begins with a sample of Jigsaw himself.

Pulling out all the stops for Blood of a Kind, SadDolls even worked with Skinny Disco (Deathstars), Roberth Karlsson (Scar Symmetry), and Zoltan Pluto (HIM) in the studio. Talk about a Gothic Metal lover’s wet dream! For those still not familiar with the band, vocally, SadDolls may be slightly reminiscent of Type O Negative or a little upbeat version of The Crüxshadows. They do not really sound The Cure, but if they wanted to cover an early The Cure song, it would certainly not be out of place. An album that is enjoyable from start to finish, other highlights include the tension building “Cold Blood Inside,”  danceable “Zombie Love,” and Industrial leaning “Pale White Dracula” to name a few. The final conclusion, SadDolls have done an exceptional job and the gap between albums was well worth it. That is why CrypticRock gives Blood of a Kind 4 out of 5 stars. 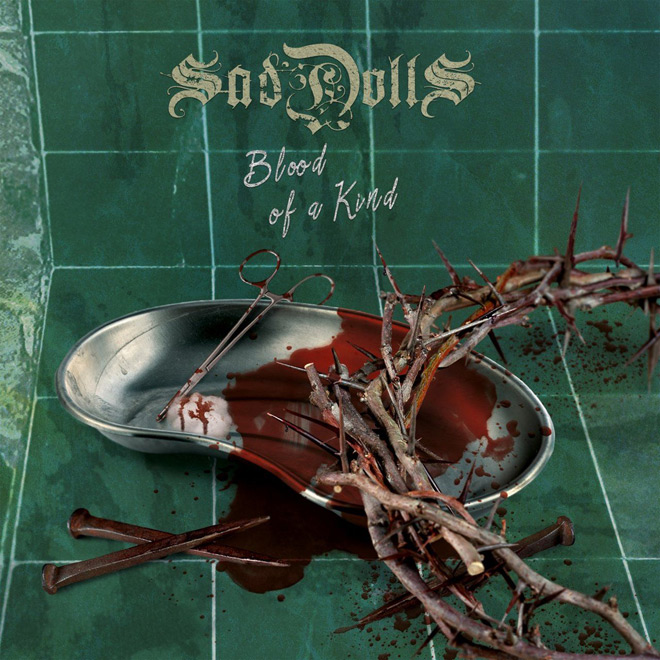 Purchase Blood of a Kind:

Juliana Hatfield – Blood (Album Review) Kat Von D – Love Made Me Do It (Album Review)
Like the in-depth, diverse coverage of Cryptic Rock? Help us in support to keep the magazine going strong for years to come with a small donation.