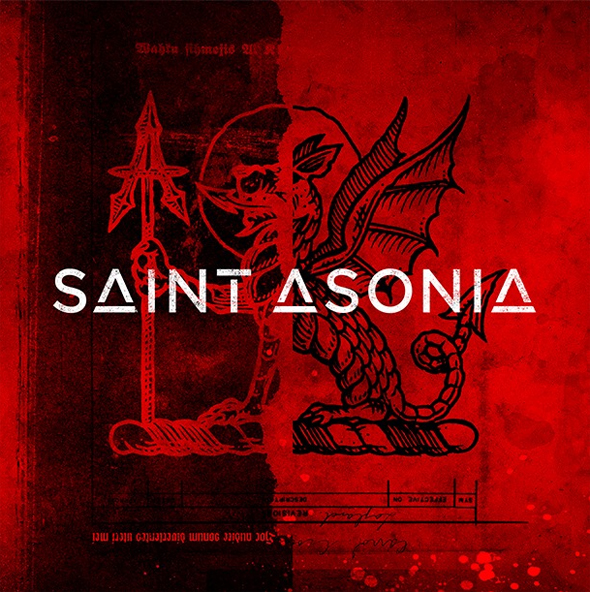 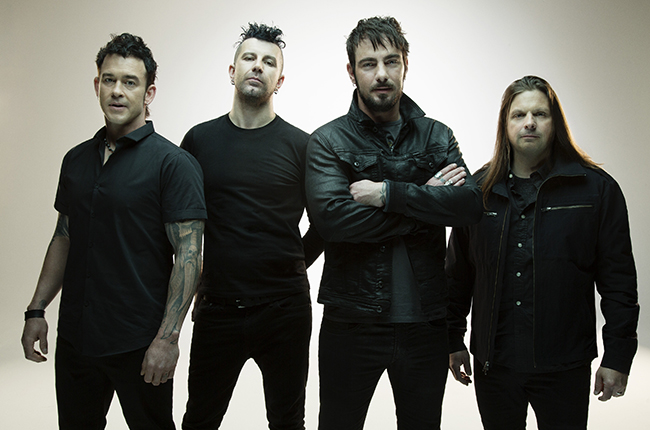 New beginnings bring some of Hard Rock’s best talents together to form supergroup, Canadian-American band, Saint Asonia in 2015. Consisting of ex-Three Days Grace lead singer, Adam Gontier; Staind guitarist, Mike Mushok; ex-Eye Empire bassist, Corey Lowery; and ex-Finger Eleven drummer, Rich Beddoe; Saint Asonia has become a refuge for these talented musicians looking for a new challenge. Starting another chapter in their personal and professional lives, Saint Asonia began making noise in early May, teasing their coming with stats like “25 Top Ten Rock Singles” were shared between each member, seventeen of which are number ones, along with logo pictures and band clips, but they were just that…teases.

That was until the 16th of that month when the single “Better Place” dropped from nowhere with definite faces to the band’s name. That same day also saw Rock on the Range become the band’s first live performance, unleashing the singles “Dying Slowly” and “Let Me Live My Life” as well as classic Three Days Grace and Staind covers. Creating a buzz Hard Rock fans could not resist, the band finally dropped their self-titled debut record on July 31st via RCA Records. Produced by Johnny K (Disturbed, Staind), the record sees the much anticipated return of Gontier who caught Three Days Grace fans off guard parting ways with the band back in 2013. As initially promised, Gontier is back, and Saint Asonia is born.

Eleven tracks in total, Saint Asonia is an eclectic mashup of talent that brings Alternative music to a new level.  Kicking off the album with a bang is the hard-rocking “Better Place.” Riff-laden from the get-go, the track is quickly identifiable with the message of moving on from a part of life that had become toxic as Gontier emotional sings, “I’m in such a better place without you around.”  Next, “Blow Me Wide Open” continues the hard Metal vibe with Lowery’s deep bass riff intro followed by Beddoe’s bone-rattling drums with Mushok and Gontier’s vocals on their heels in this sexualized track of one upping each other perhaps in kinkiness factor of a relationship. Then dark aggressiveness pervades on “Let Me Live My Life” from the beginning bass strums and drum beats as Gontier sings, “My pain is your entertainment” as Mushok breaks in with a sweet ear-splitting solo like a knife in spine about midway in the track.  The slower “Even Though I Say” follows melodically as the guys harmonize in this story of the difference of words and actual actions as Gontier confesses, “And even though I say /I’m sorry I’m this way/And even I’ve changed/people stay the same.”

What people perceive their lives to be and what people really see tells the story of “Fairy Tale,” a hard-hitting cut with a very anthemic beat while Gontier continues to blister vocally and lyrically, singing, “You’ll fake your way through the wreckage of one more useless day…Play the victim again/It keeps getting older…”  Anthemic, “King of Nothing” harkens to Staind’s “King of All Excuses” when the melody kicks with Mushok’s guitars as Goniter tells the story of wasting a life with potential.  The “Zoe Jane” Staind-esque “Waste My Time” is a sweet unplugged ballad of the humbling feeling to know someone just wants to be with you.  Picking up the tempo to power ballad level is “Dying Slowly,” a track of losing true love as the instruments seem to cry with the words, “Though, it’s not your fault/there’s nothing like you at all.”  The Bluesy Alternative track “Trying to Catch Up With the World” features muted sliding guitars and bongos that give the melody a haunted feel in this story of how cruel the world can be.

As the album begins to wind down, the band returns to full on Alternative Metal with “Happy Tragedy” which brings the riffs to the forefront.  With this track, Saint Asonia tells a story of somebody in such despair of being so socially awkward, featuring the lyrics, “It’s obvious to me/I’ll never be the one you need…”  “I’m just a living casualty/I’m your happy tragedy.”  Wrapping up the record is the tear-jerker “Leaving Minnesota,” a lighter-raising piece of regret, aimlessness, and a bit of karma as Gontier sings what could be one of his best songs ever with the words, “Now I’m leaving Minnesota/Would have been nice to see ya/In the middle of self-realization you lost me along the way.”

Each member of Saint Asonia has already made waves in the music business in his own right.  Together, they join the ranks of other supergroups like Cream and Temple of the Dog with Saint Asonia to elevate Alternative Music to the next level.  It is on this release Mushok gets a chance to unleash his true guitar abilities and Gontier shows a revitalized approach to writing and singing. Cheers to new beginnings.  CrypticRock gives Saint Asonia 5 out of 5 stars.