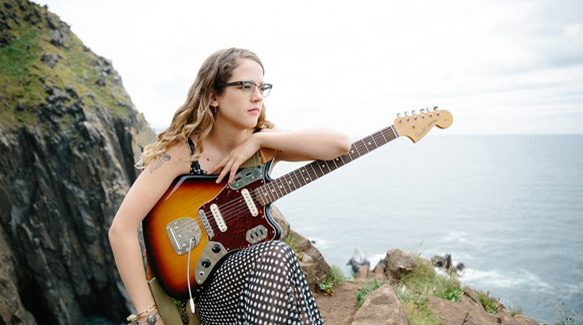 Music is a source of emotional release for many, especially when they are most down on their life. For eclectic Indie Rock musician Sallie Ford music is not only her creative outlet but her way of healing wounds. While scars still remain, the music acts as a reminder that everything will be alright. So goes the tale of Ford’s sophomore album, Soul Sick, out as of February 10th via Vanguard Records/Concord Music Group.

Most artists with inner demons work to tame the lurking notions of depression and anxiety by creation of something more. Ford refers to the eleven song album as ‘confessional’ stating, “It’s about struggling with my issues – some that I’ve overcome and some that I still carry around. I felt confused, down about life and unsure of myself.”

Taking a closer look at Soul Sick, its retro sound could shed more light on the deeper meanings of songs about break-ups, life changes, and overcoming them all. Going home to Portland, Oregon to work on the record, friend Mike Coykendall (M. Ward, She & Him) helped put together an incredible band that includes Garth Klippert (Old Light) and Kris Doty (Modern Kin) at the core, plus guest musicians Ben Nugent (Delorean), Ralph Carney (Tom Waits, the B-52s), John Coykendall and Kirk Hamilton. The result of this self-proclaimed ‘middle child angst’ is a twist on the ’60s vibe that is blessed with a modern day feminism.

Releasing the album in a preview stream prior to official release forced listeners to take in the work as a whole. This is genius when it comes to today’s instant gratification audiences. That said, Soul  Sick is an old-school throwback vibe to ’60s girl groups and Surf Rock. Songs like “Record On Repeat” have a tease of anger in Ford’s vocals coupled with some nice guitar work from the band members. Then “Screw Up” has an Annette Funicello beach feel, mimicking the fact that no one is ever good enough sometimes. Furthermore, the mix is fantastic, drilling the lyrics home, all while the song possessing a lighter, more airy sound that seethes with discontent and dissatisfaction.

“Loneliness is Power” has a Patty Smyth Rock dirty crawl.  Shifting again, “Get Out” gives listeners a chance to embrace the feeling of disjointed anxiety and insecurity. The continuity holding it all together is the composition and its magnificence: Ford’s vocals soar with emotions. Absolutely no “Failure,” the Surf Rock feeling brings it back making lyricism the star.  This in mind, the understated musicianship of her all-star back-up band helps the sophomore album really shine.

The “Middle Child” claims her place with authority in a cool way; the instrumentation here is impeccable with flute tossed into a Jethro Tull-esque style, complete with a giggle at the end.  Acknowledging that we are “Never Gonna Please” them all and that life is a “Romanticized Catastrophe” is cathartic. Heading towards the final tracks, “Hurts So Bad” begins the angst-filled synopsis of triumph while sprinkling a new instrument, piano, into this quick punctuation mark is just plain smart.

“Unraveling” is a gathering of all that is Sallie Ford, a complete opposite of the album’s title. Through this purging of the soul listeners can relate, no matter where their musical touchstones may come from. Thereafter “Rapid Eyes” comes through with an honest appraisal of the big picture. Bringing home the fact that we are all a little broken, a bit insecure, and over-critical of ourselves is beautifully-delivered in this finale. If not for the tempo variance, song structure, instrumentation, and vocal delivery this could be classified as an emo piece.

What really shines about Soul Sick is its musical cohesiveness regardless of instrumentation; its lyrically powerful, arranged with brilliance, and engineered meticulously with a raw analog retro feel. In the end, Soul Sick is a victory lap for every woman that has felt a little more or a little less. CrypticRock gives Sallie Ford’s Soul Sick 5 out of 5 stars. 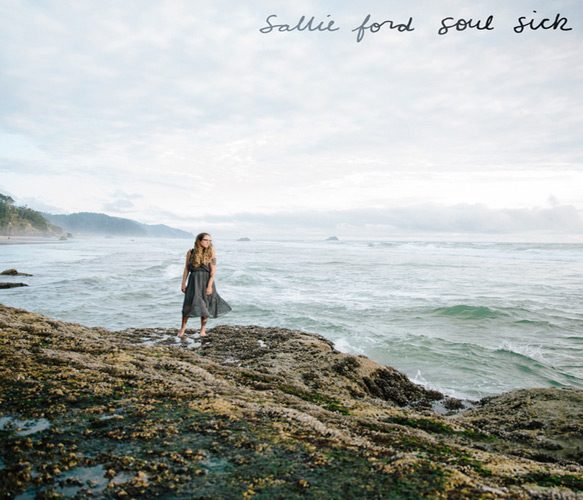 MONO – Pilgrimage of the Soul (Album Review) Kings of Leon – When You See Yourself (Album Review)
Like the in-depth, diverse coverage of Cryptic Rock? Help us in support to keep the magazine going strong for years to come with a small donation.