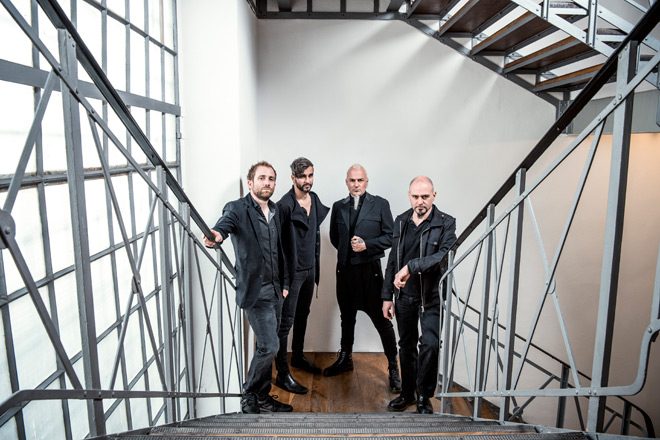 Considering the work of a band with a long and storied career is always intriguing. The history ensures a consistent fanbase. A consistent fanbase ensures an expectation of what a new album should sound like, and a long discography sometimes binds a band to a certain trajectory.

In the case of Samael, the trajectory of their career path has arced and veered around a fair share of corners, about faces, and leaps into the void. Throughout a thirty year lifespan and ten studio albums, the canon of Samael can certainly be described as restlessly pushing not so much forward, as outward in many directions. On Friday, October 13th, 2017, via Napalm Records, the long-running Swiss voyagers release Hegemony, the next phase of their journey, sating the appetites of fans who have been patiently waiting for six years for a follow-up to 2011’s Lux Mundi.

Where Hegemony falls within the greater work of Samael involves a closer look at their history. Raw and creeping Black Metal focused through the magnificence of 1994’s Ceremony of Opposites quickly became a hybrid of industrial tones, washes of keyboards and drum machines, always with the robust growls of Vorph at the microphone. The creative impulses felt by and shared with brother and band co-founder Xy have only barely been contained within the framework of the Samael name.

Despite releasing under their banner both the 2006 Era One experimental/electronica album and 2009’s startlingly brutal Above album – both meant to be side projects – the path that has led to Hegemony is actually much more clearly laid out than a glance at Samael’s back and forth discography might allow. Much like the aforementioned Lux Mundi, Hegemony sees the duo sharpening their songwriting acumen even more acutely. Despite the years between the releases, the bones of Hegemony were constructed shortly after the release of its 2011 predecessor. After taking the electronic sound as far as they dared in the middle of the 2000’s, the band has settled into the crucible of what made them internationally respected in the middle 1990’s.

Much of Hegemony writhes with the spirit of songs like “Jupiterian Vibe” off of 1996’s seminal Passage album. Additionally, “Red Planet” and “Angel of Wrath” pop with the bombast of Xy’s orchestral keyboards. The guitars of Vorph and Makro are about equal in intensity as the keys, with percussive accompaniment on par with that cymbal-heavy, mechanical sound unique to Samael.

The album also radiates thematically with a true sense of connection to the plight of 21st century mankind. Eponymous song “Samael” shows up right after the strong title-track, lyrically continuing the band’s call to individualism and unity in the face of oppression and herd mentality. Pleasingly riff-heavy, the song is nevertheless constructed around one of their more overt dance-beat foundations. As a proclamation song, it accomplishes what it sets out to do, synthesizing much of what has made Samael so successful throughout their three decades of existence. “We don’t need any religion. We are strong, and we are legion. We don’t need any army. This whole world is our country.” This unifying spirit of harmony threads its way neatly through most of the songs on Hegemony.

Nonetheless, Samael is still a member of the black-clad legion. Burning behind the light of their well-honed  anti-establishment stance there is the darkness they have always channeled so well. “Black Supremacy” is a defiant, electronically charged rager of a song. Inspired by the Malevich painting Black Square, not race or identity politics (sorry to disappoint, o easily offended masses), the ode to darkness provides some well-wrought heaviness. Certainly an album highlight, its keyboard arrangement balances the blasting heaviness with just the right amount of lift.

If there is a criticism that can be levied against Hegemony, it is the notion that perhaps they could have thrown in a curveball, say, an ambient, “Infra Galaxia” type song, or perhaps deviate from their platform in the songwriting department. It is something they have always been really good at doing.

How fans will react to Hegemony depends largely on who values what aspects of Samael’s career. What separates it from all the albums between Passage, 1999’s Eternal and the present day seems to be the reappearance of more nuanced songwriting. A catchiness, a swagger, permeates all of Hegemony that was a bit less apparent on some of their other post-millennial albums.

Multiple listens reveal a harmonic fluidity that runs throughout the album, rhythmic and consistent as waves on a beach, rather than any kind of ho-hum wash of aggression or club beats. Therefore, Hegemony is a triumph for Samael, both musically and lyrically, and will take its place as one of their most dominant releases in a career peppered with them. For these reasons, CrypticRock gives Hegemony 4.5 out of 5 stars. 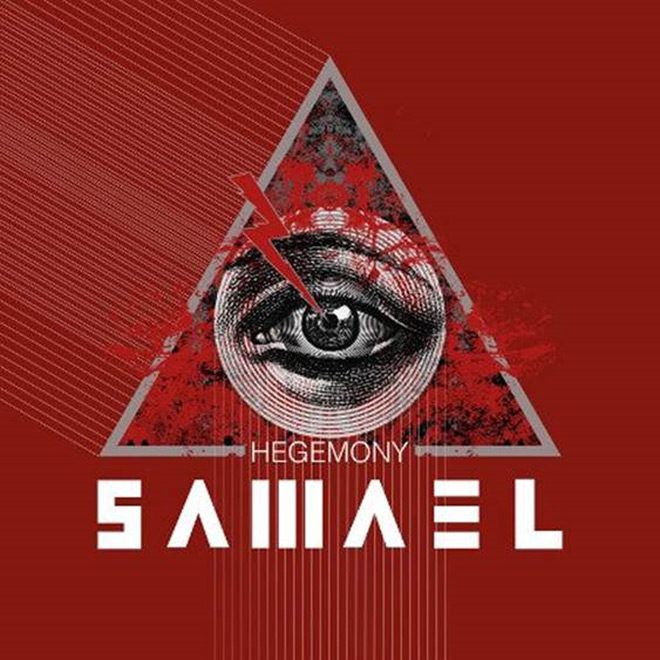