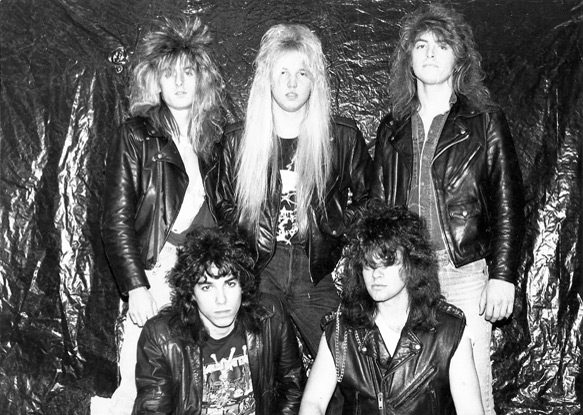 Sometimes trends/movements in music can make or break a band, depending on whether or not they jump on the popular train or run off alone. Forming in 1985, Seattle-based band Sanctuary came on the scene at the peak of Heavy Metal’s glory, but rather than breakaway from themselves, split up at the height of the Grunge era in 1992. With lead voice Warrel Dane going on to form the powerhouse Nevermore, the idea of a Sanctuary reunion appeared slim. Thankfully, eighteen years after saying goodbye, Sanctuary re-emerged from the shadows in 2010. Ready to take on a new generation with new tastes, Sanctuary offer a classic Heavy Metal sound mixed with Power and Thrash elements that battles its way into the purist Metalhead’s heart.

Currently comprised of original members Dane on vocals, Dave Budbill on drums and Lenny Rutledge on guitar, the 2017 lineup is filled out with former Arch Enemy member Nick Cordle on guitars, along with George Hernandez on bass. Set to release a brand new album in the near future, in the meantime, Sanctuary have teamed up with Century Media Records to release a collection of long lost studio recordings from 1986. Restored, remixed, and remastered by Zeuss (Queensrÿche, Hatebreed), the hidden treasure release known as Inception will grace fans’ eardrums on February 24th.

Originally recorded in March of 1986, Inception features no shortage of brilliantly written, quality tunes. Finally getting the recognition they deserve, in no order of importance, songs like “Ascension To Destiny” features a full array of high-pitched vocal madness and solid Thrash-like and classic riffage. With a total of nine tracks, including a surprise cover of Jefferson Airplane’s “White Rabbit,” there is something for every Sanctuary fan.

This all in mind, the old school antics are abound and plentiful while the tone as well as range of vocals fluctuate wildly, a factor that is extra apparent on “Battle Angels.” Standing out as an anthem, it seems to represent just who Sanctuary are; soldiers in the battle who succeed without harming anyone. The entire track in all of its five plus minutes is artfully crafted from start to finish and is posed to be an inevitable favorite.

Ranking among the highlights, “Die For My Sins” is another classic with an extra push thanks to power vocals and riffage. The change ups are on par while the crossovers of the guitar work well together. Other favorites not to be overlooked include “Dream Of The Incubus,” which again serves a high dose of what Sanctuary represents, displaying a challenging range of vocals against aggressive guitars. Also quite magical, “Am I Insane” is a slashy, thrashy, tune of epic proportions. A jam that seems to reflect the uniform sanity of insanity in the most direct way, it is a gem of the highest order.

Then there is “Soldiers Of Steel,” a song bringing on progressive elements that ride into the fight with open arms and clenched fists. As a slower piece, it lends itself into a mystery ballad at certain moments and the vocals take on an old ’70s Rock, only to later dive back into the high-pitched operatic. There are a few Rob Halford-like moments in the midst of it all, but again, that dissipates into the abyss of the chameleon that Dane is capable of pulling off. Other songs, such as “Veil Of Disguise,” could be viewed as homage to the ideology that Sanctuary has already represented, but this time bringing some acoustic undertones and spirituality into the mix. Keeping the same wild vocal range as heard on previous occasions, it reaches the darker side of the spectrum through its six plus minute progression.

The oddity of covering aforementioned Jefferson Airplane’s “White Rabbit” actually becomes a total album blender, meaning both ends of the spectrum of their music are joined to produce an above average rendition of the classic. There is still that visualization of ’70s floral print bell-bottoms swirled in with the plain, yet vivid colors, plus just the right amount of added heaviness and dark undertones. It is not a rendition for the weak, and it must be treated with caution, as well as praise.

One of the trademarks of Sanctuary is the amazing vocal range and quality of Dane’s voice. The pitch and tone is a cross between King Diamond and Rob Halford with a touch of Messiah gone Power Metal with a miniscule amount of Glam. Brought to life on Inception, the other fascinating characteristics of the album is the tempo changes in the guitar that can go from speedy to ballad in a heartbeat, as well as the general mixing turning out extremely crisp and clear sounding.

Sanctuary have a few tours in the works, and with these old tunes revisited, the live show will definitely push in a unique and monumental projection. As a whole, Inception is a great way to wet the whistle towards future Sanctuary material, tying the past with the present quite nicely. Without further reminiscing, CrypticRock gives Inception 4.5 out of 5 stars. 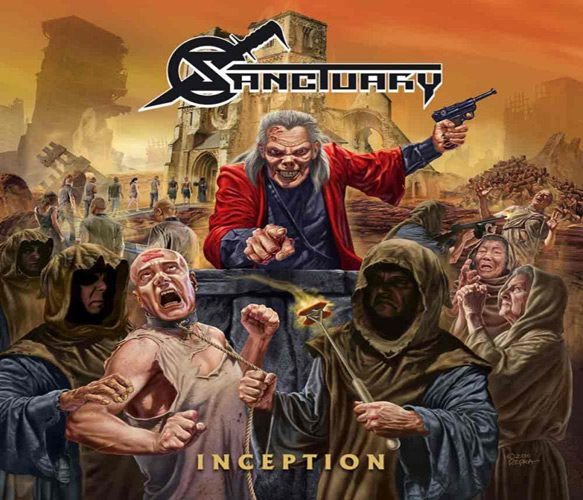