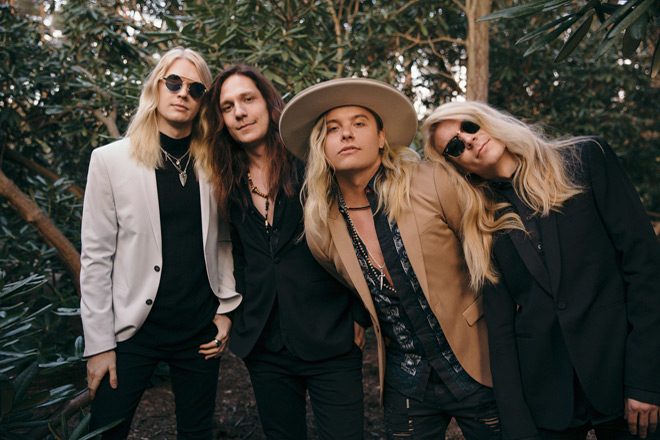 A modern day 1980s revival, Helsinki Finland’s Santa Cruz began blending big hair and bombastic Rock music upon their formation in 2007. Profoundly influenced by icons such as Mötley Crüe and Guns N’ Roses, Santa Cruz burst upon the scene delivering a fresh sound and mega-anthems rooted in old school Rock, Punk, and Metal. Releasing two E.P.’s – 2009’s Another Rush of Adrenaline and 2011’s Anthem for the Young ‘n’ Restless – the boys in Santa Cruz quickly garnered a buzz earning them a recording contract with Spinefarm Records.

Soon after, Santa Cruz released their full-length debut, 2013’s Screaming for Adrenaline, and later, 2015’s Santa Cruz. Fans ate up their bad attitude sending both albums to the top of the charts while singles like the catchy “Wasted and Wounded” put this party band on the map ascending them to new heights. In the blink of an eye, Santa Cruz appeared to be on their way.

Amongst immense fanfare – Santa Cruz core members Archie (vocals/guitar), Johnny (guitar), Middy (bass), and Taz (drums) – are ecstatic to offer their latest album, Bad Blood Rising, on November 10, 2017 thanks to M-Theory Audio. Their third overall studio effort, Bad Blood Rising is an ear-splitting prescription of intoxicating Rock jams sure to awaken the wild side in even the most innocent followers.

Kicking off the uprising of Santa Cruz, the anthem “Young Blood Rising” arrives full of street smarts and abundant energy, immediately showing this band will stand and not fall. Beginning a two-part series, the blissful “River Phoenix” is a quirky and amusing Pop-Punk number about falling only to rise once again. “Fire Running Through Our Veins” is next –  a war cry of juvenile and adolescent ideals – living for today without a care for tomorrow is the message.

Slowing things down a bit, “Drag Me Out Of The Darkness” is a deep ballad about needing to find your way in this world. Next – featuring a Guns N’ Roses esque whistle – the acoustic ballad “Breathe” is a simple, candid song about a long lost friend. Delivered tenderly by Archie, the underlying meaning in the lyrics convey that sometimes all we need to do is take a deep breathe and not complicate the moment.

Firing up the tempo, the groovy “Back From The Dead” declares – as Archie sings – “We’re Back From The Dead!”. Moving along, “Bad Habits Die Hard” defines the struggle between your heart and your brain over a love so wrong yet so right. Additionally, “Pure Fucking Adrenaline” – the title alone will get listeners amped – is a high-octane, infectious experience to crank up and annoy your neighbors.

We can not forget, “Get Me Out Of California” is an over the top, catchy power ballad as Santa Cruz pays homage to the great state – feeling the California streets are utopia – Archie sings about wanting to leave yet missing it so much. The sing along of “Sha Na Na Na” is most pleasing.

Last call, “River Phoenix (Part 2)” – the sequel to the aforementioned “River Phoenix” – concludes 11 cuts that add up to 45 minutes of debauchery by delving into a lifetime of crashing and burning as insurmountable pressure renders one helpless.

Overall, all you can say is wow, Santa Cruz has dish out one hell of a cool record with the release of Bad Blood Rising. Song after song, nothing but feel good music surrounding lyrics of heavy substance that brings Rock-n-Roll attitude to a new generation. Certainly an album these bad boys should be proud of, CrypticRock gives Bad Blood Rising 4.5 out of 5 stars. 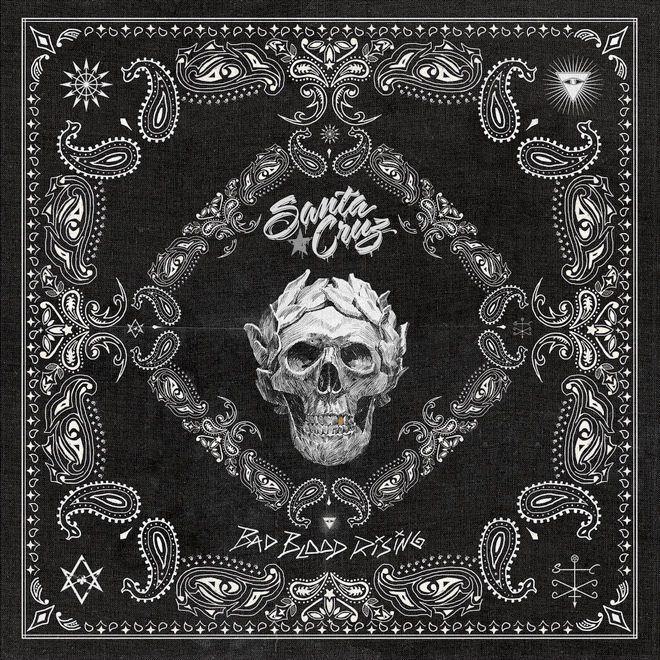