Finnish hard rockers Santa Cruz made an exclusive stop at the Spinefarm Records office in New York city for a special acoustic set of their single “We Are the Ones to Fall”.  Making the trip across the Atlantic was Arttu “Archie” Kuosmanen and Joonas “Johnny” Parkkonen, lighting up the room with textured acoustic guitar strumming and strong singing. The intimate acoustic performance was only the beginning of this fun filled event. After the set,Archie and Johnny spent some casual time having drinks and answering questions. For those unfamiliar with the Finns, Santa Cruz was formed in 2007 when singer Archie and guitarist Johnny got together to jam and a year later bassist Middy Toivonen joined the fold. Having no luck finding a suitable drummer after numerous tries, they found drummer Taz Fagerström who has stuck with them ever since. Now a full-fledged four piece band, they released their self titled EP, then soon after signed with Spinefarm Finland in 2012. In 2013 they released first studio album Screaming For Adrenaline. Now trying to break into the American market, signing with Spinefarm US is a big step in the right direction. They are four talented musicians with a passion for their craft. Santa Cruz is putting a new spin on the 80’s hard rock/metal, retaining some of the sound and the looks of the era, yet making the lyrics meaningful rather than party in the Sunset Strip all the time. We wish the best of luck from the CrypticRock.com family and we will be following them closely. Here are some exclusive photos of the Santa Cruz boys from this special event. 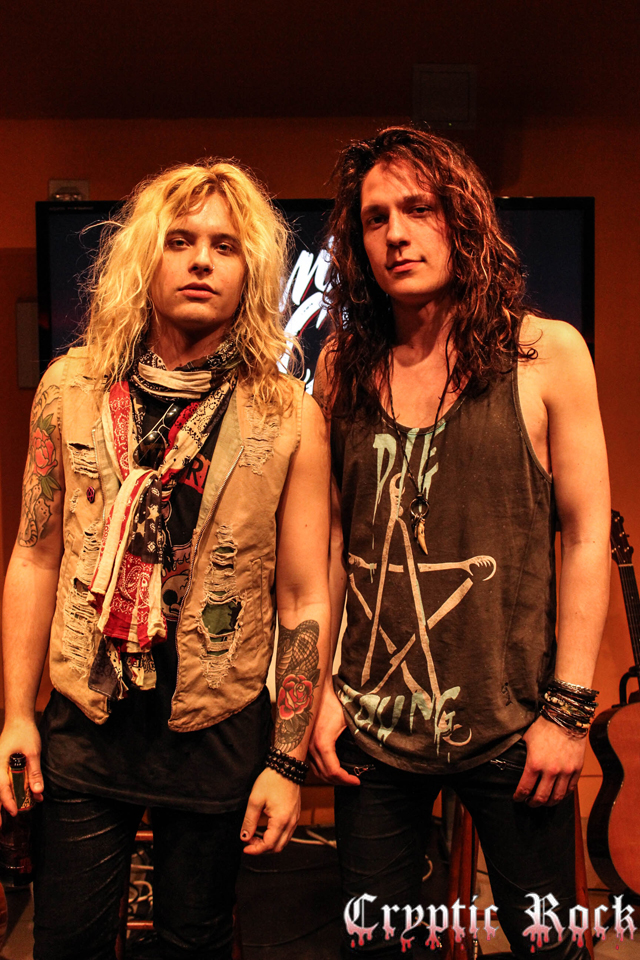 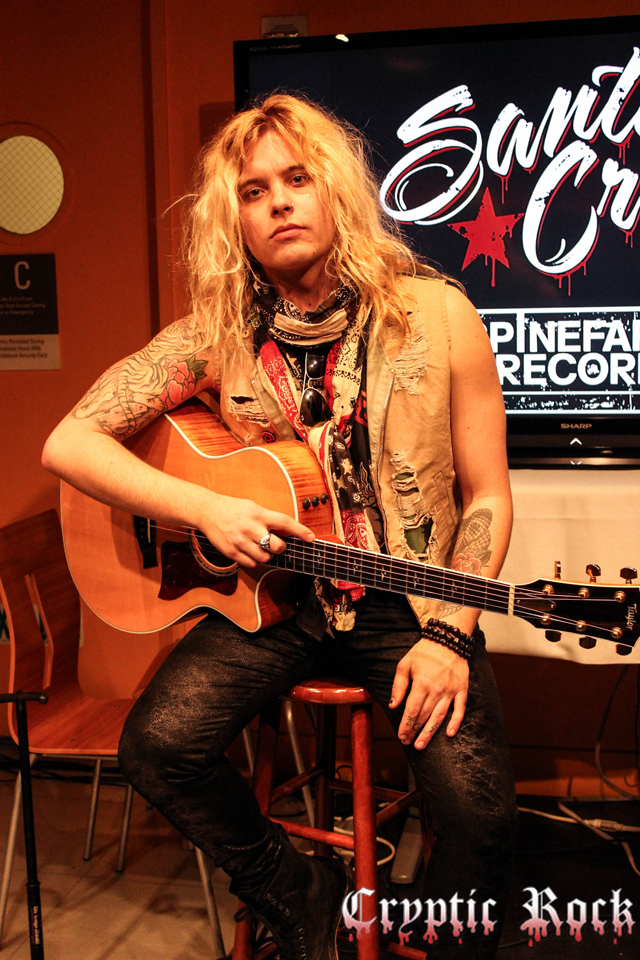 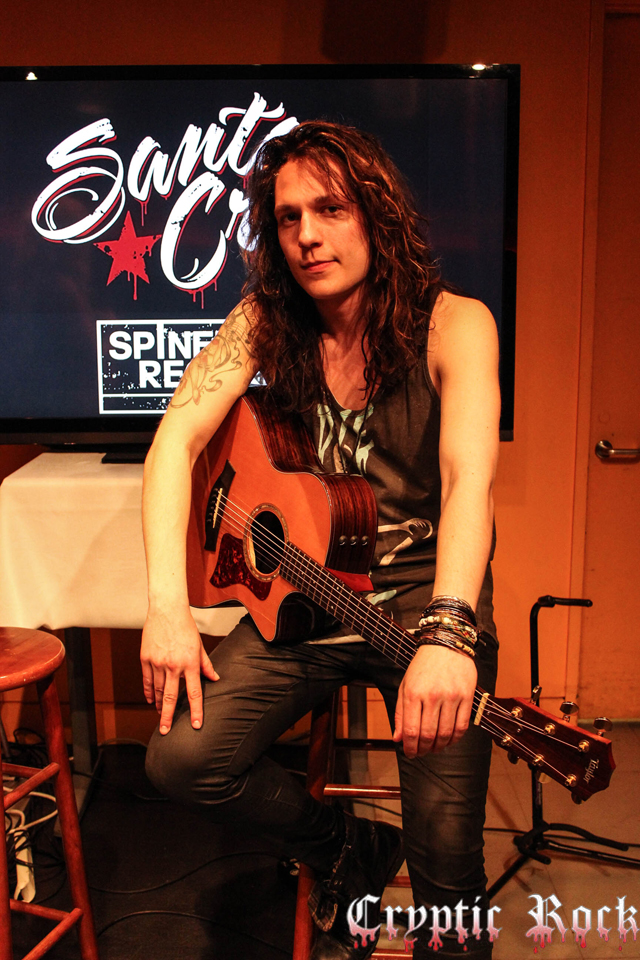 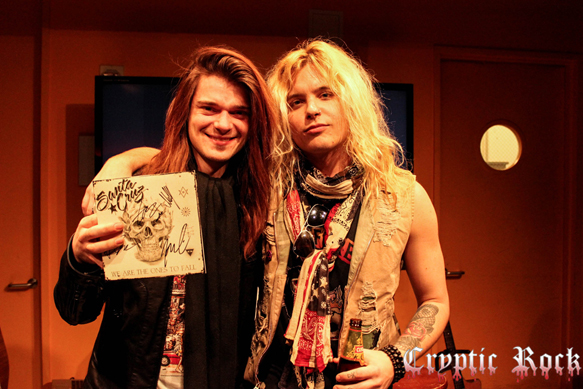