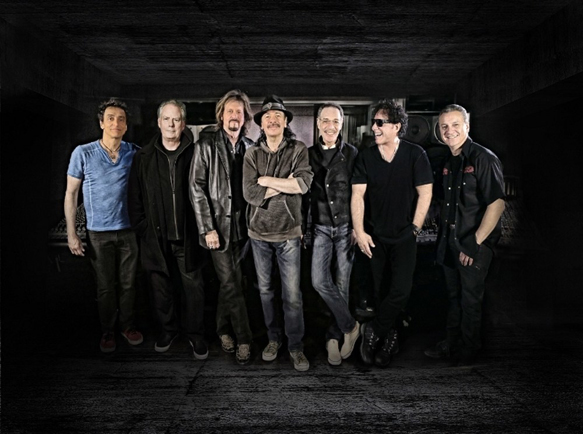 Carlos Santana is one of the most celebrated guitarists in Rock-n-Roll history. Credited as a pioneer for fusing Rock and Latin American music, his band, Santana, has been making hits since their 1969 self-titled album. With one successful record following another through 1982’s Shangó, Santana had already attained platinum status countless times. Known to be a haven for talented musicians who have graced the lineup of Santana through the years, the mastermind shocked the world in 1999 with the Supernatural album. With each track having a guest star singing, the album hit number one all over the world and was an international return to mass success for Santana.

Seventeen years since Supernatural, a lot has happened in the world of Santana. Amidst touring and recording five more records, another special announcement came down in 2013 that Carlos would be reuniting with his classic lineup. Elating the longtime fan base, the true intention was they would be recording new music together and that finally became a reality when the new album IV was released on April 15th. Marking the band’s twenty-third overall studio album, IV features Carlos Santana (guitar/vocals), Gregg Rolie (keyboards/lead vocals), Neal Schon (guitar/vocals), Mike Carabello (percussion/vocals), and Michael Shrieve (drums). This marks the first time in forty-five years, since 1971’s multi-platinum classic Santana III , that the quintet has recorded together. In addition, joining the core of  the Santana IV band in the studio are current Santana members Karl Perazzo (percussion) and Benny Rietveld (bass), along with  Isley Brother’s vocalist Ronald Isley guesting on two cuts. Featuring sixteen all-new tracks written and produced by the band, fans now get a chance to see if this Rock history moment is as excited as it billed to be.

Opening the album with “Yambu,” there is a combination of African conga drumming with some soft chanted vocals in the background. Matched with a flair of funky guitar and organ, it is a colorful introduction. Next comes “Shake It,” which includes, well, instruments that need to be shaken, while the guitars blister loudly and Rolie’s voice sounds strong. A heavy Rock track complemented by wonderful percussion, it could easily be heard as one that would rock a crowd in a live setting. Then on comes the smooth sound of single “Anywhere You Want To Go.” The melodies are very catchy and animate the listener to dance along to the music, or tap along at least, while Rolie seductively entices a woman to go on a journey.

Turning to let the instruments do all the talking, “Fillmore East” stands alone again with no vocals. A soundscape of atmospheric textures, the track still draws images in the listener’s head, causing them to feel the music deep underneath their skin. It is the perfect type of song to kick back and let all of one’s troubles dissipate into the air. Bringing the beat back up ,“Love Makes The World Go Round” begins with a catchy rhythm and continues fast and thriving. Getting the listener grooving again, Ronald Isley’s guest vocals help spread a good vibe. With a positive message that are easy to remember, it is the perfect combination of R&B, Rock, with Latin American accents.

Keeping Ronald Isley in the studio for one last contribution, “Freedom In Your Mind” brings peace and calmness to the mind. Initially instrumental, the guitars are beautifully arranged before Isley joins in to express more soulful vocalization. A brilliant groove, Rolie and Schon’s solo is simply breathtaking, making this one of the best tracks of the album. Throwing in something completely different, “Choo Choo” begins very fast. It includes an interesting arrangement that evolves throughout time. A new stylistic approach for Santana, “Choo Choo” leads seamlessly into “All Aboard,” which continues to build, steadily growing stronger and louder. A jam session of sorts, it is a unique way to combine two songs.

Turning down the lights, “Sueños” is a sweet, slow, and melancholic cut that again paints vivid imagery through the music. First tugging at the heartstrings with Latin American style acoustic guitar, later, electric guitar comes in as the organ dresses the background for a wonderful, romantic instrumental. Then, bringing the vocals back into the equation, “Caminando” is a bright tune with horns and trippy backing sounds as Rolie gently presents darker and seductive lyrics that will crawl underneath listener’s skin. In addition, the guitar riffs open a wide room of imagination as they shift throughout four plus minutes. Next, with a mastery of rhythm and melody, “Blues Magic” brings on a deep love song that tells a sad tale with a spark of hope. The guitar adds some heaviness to the song as the notes provoke a sea of emotion.

Coming on a little more up tempo, “Echizo” continues on the album, bringing elements of hope and joy. Another instrumental track with dazzling guitar work, it fades carefully into the distance before “Leave Me Alone” begins. Flashing back to the past, presenting a classic Santana sound ala their late ’60s music, Rolie smoothly sings. A beautiful song with a catchy melody, it could easily be heard on Classic Rock radio mixed in with all the regarded all-time hits. Beginning with a piano and Santana playing on guitar, “You And I” slowly guides the audience. Almost like a duel or a conversation between piano and guitar, it is a chilling instrumental composition that should become a mainstay for a live performance. This is followed by a uplifting Hawaiian spirited cut called “Come As You Are,” which features lyrics in Spanish. With an easy going rhythm spreading a positive spirit, once more, listeners will not be able to control wanting to get up and move around. This leads the audience to the end of the journey with “Forgiveness.” Over seven minutes in length, it features soft and deep guitar riffs and silky instrumentation as Rolie joins in later for minimal singing, but fitting to the flow of the music. Simply put, it will leave listeners speechless until the final note.

There is no question the buzz surrounding this reunion of the classic Santana lineup is everything fans thought it would be. IV is a sixteen track journey into pure musical ecstatic that easily fits alongside Santana’s classic records such as 1970’s Abraxas and 1971’s Santana III. Each of the songs has its own spirit on IV, but the album must be listened to from start to finish to truly appreciate its brilliance. CrypticRock gives the album 4.5 out of 5 stars. 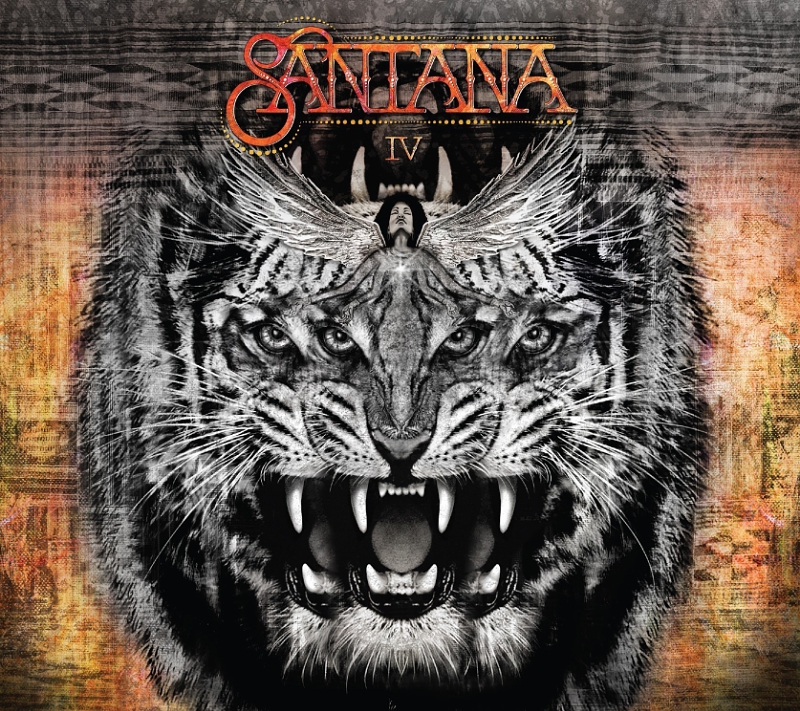