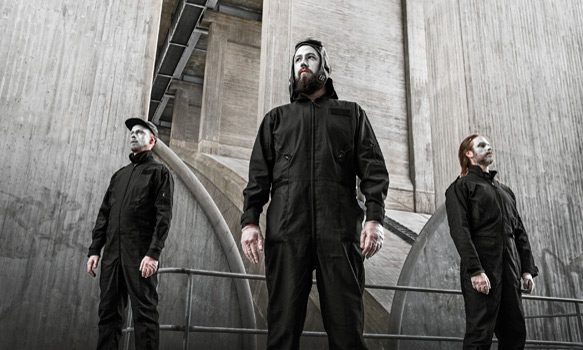 Oh happiness, what a fickle bitch. Oh skin, that just doesn’t fit. Battling the demons over and over again. Give us an anthem that says the hell with it all! Give us a giant foot to kick life in the balls! Satan Takes A Holiday can save the day, they feel the pain. They are that big ol’ mammoth foot of a band that gives life the kick in the balls it deserves. With an album jam-packed of anthems that come face to face with alienation, anxiety, and powerlessness, Aliens, released on February 17th via Despotz Records, has that nerve that is going to spit at the BS and maybe make it a little better.

This tiger-like trio is made up of Johannes Lindsjöö (bass), Fred Burman (guitar and lead vocals), and Danne McKenzie (drums). Rising from the lands of Stockholm, this Swedish tripod was founded in 2006 and released their self-titled debut album in 2009. A recipe for dynamite, putting Rock-n-Roll, ’60s Garage and ’70s Groove in a blender, the band formed a following.

Subsequently releasing Who Do You Voodoo in 2012 prior to Animal Man Woman in 2013, they have built a reputation for ass-kicking live performances and even have supported big time bands like KISS at Sweden’s new national arena. The release of their song “Karma Babe,” off Who Do You Voodoo, earned them the vote into the national radio station’s Hall of Fame. Now, with the much-anticipated release of Aliens, the band claims that this album is their most introspective work yet.

Ferocious at the very root, the first music video released off Aliens is “The Beat.” They are cut-throat, but hilarious! The video follows a Sesame Street-like puppet-misfit engaging in all sorts of sleaziness the showbiz lays out (and yes, that does include some good ol’ grimy S&M). Check the video out on Despotz Records’ YouTube channel to see a hairy little monster doll not only cop a feel but shoot up some brown sugar as well. The band shows that despite focusing on such grim topics, they can make fun of it as well. “You won’t believe the things I’ve seen or the things I’ve done. You keep dancing to that well known beat. All I can think of is your teeth on the curb of the street.”

Uniquely humorous and a tad angry, ok maybe not a tad… maybe a boatload angry, tunes such as “Good Cop and Bad Cop” and “Ladder to Climb” are deliciously salted with swagger. Burman’s vocals rip the skin off the bone and McKenzie’s drums drop to the ground like helicopters that demonstrate these boys mean business.

Midway to the album, like any good record, the adrenaline continues with songs like “Iron Pipe.” The pace is still pumping blood and the riffs are fun and spacey. With lyrics spiced up with Burman’s acidic vocals “Me and my boys are coming. Grab your iron pipe,” it quite literally feels like a gang of reapers are about to tear up the hole where the sun does not shine.

Emotions peak and vocally expose the deepest of desperations in the song “Love Me Like I Love Me.” Burman no longer sings, but he straight up screams holy murder as he seeks the ultimate affirmation of love that will never get answered, “BABY! YOU DON’T LOVE ME LIKE I LOVE MYSELF.” It is an anthem for the angered and pained. It is fire.

As if the album was not gloriously bombastic enough, this band saves the best for last with “Wrinklay.” This song is good enough to be on an iTunes commercial or something. It is a catch and the energy is so freakin’ raw. With themes trickling rejection, the bruises in this song are hot and breathing. Like hungry vultures, it gets the listener excited.

So yes, while filled with angst to the very brim, the humor and sincerity in Aliens deserves to be celebrated. In all its oddity, this album is full of tiny anthems, including a killer cover of The Beatles “Why Don’t We Do It In The Road?” It is not only the foot that will kick life in the balls, but also the pillow to scream bloody murder into on a bad day. For these reasons, CrypticRock gives Aliens 5 out of 5 stars. 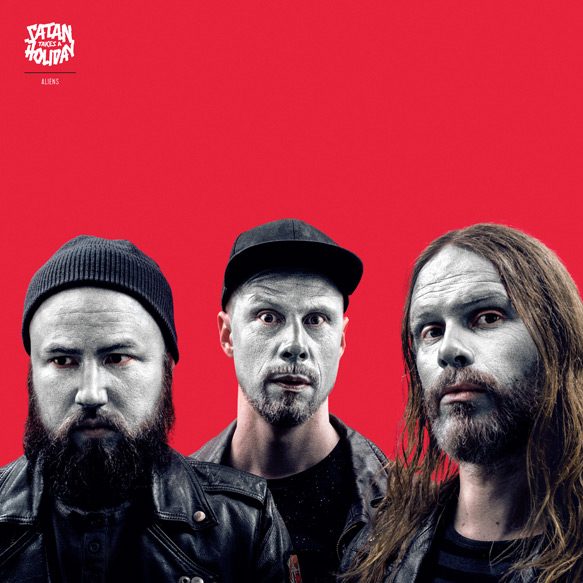