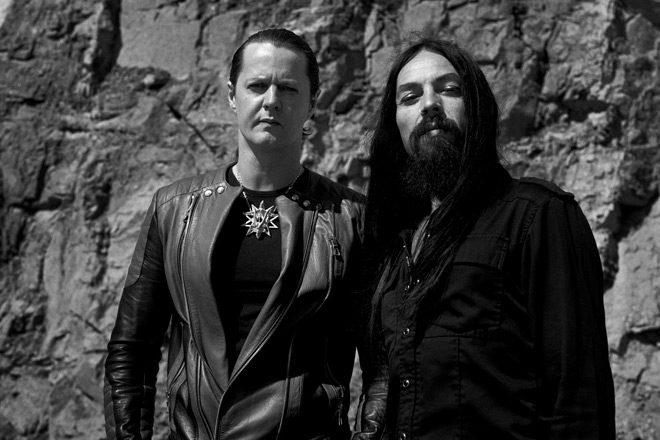 During a year when many of Black Metal’s originators were celebrating seminal albums with special tours, anniversaries, and other hoopla, one of the leaders of the Norwegian second-wave went about releasing its first original studio album in four years.

On September 22, 2017, Satyricon releases Deep calleth upon Deep, their ninth full-length and first for Napalm Records. The Oslo, Norway based band remains the creation of Sigurd ‘Satyr’ Wongraven and Kjetil-Vildar ‘Frost’ Haraldstad, two names who have both mesmerized the corpse-painted set and confounded them in equal measure. What will Deep calleth upon Deep do for a group that has strayed far from its roots while forging its own path through extreme music’s labyrinthine galaxy?

The career path of Satyricon resonates far and wide. Purists will bemoan that the entity who gave listeners 1994’s The Shadowthrone and 1996’s untouchable Nemesis Divina switched gears from ravens and castles to the urban wasteland of 1999’s Rebel Extravaganza. They will scratch their heads at the continued evolution on 2002’s Volcano and the Hard Rock styling of 2006’s Now, Diabolical. At this point, who can be surprised that the leading lights of second-wave Black Metal followed their vision beyond the genre’s constricting orthodoxy? Some, like Ihsahn, dropped the anchor of the band name and departed for shores unknown. Others, like Enslaved, experimented and expanded yet lost none of their perceived street cred.

Satyricon, on the other hand, have stripped down their attack perhaps a bit too much of late. Their last studio album in 2013, the eponymous 20 year statement album, proved to be the very end of the line for where Satyr and Frost began heading post-Rebel Extravaganza. Turgid and uninspiring, its most interesting song “Phoenix” happened to be the least Satyricon track on the whole album! Where now would this brilliant duo go creatively?

It seems, as is very often the case with such tried and true veteran acts, that the direction Satyricon have chosen on Deep calleth upon Deep is homeward, or perhaps, within. Never ones to jam-pack a record with an abundance of songs, the album features eight compositions to digest. Its cover, an Edvard Munch illustration known as Dødskyiss, is much more stark and simplified than those of albums past.

Be warned, listener, for the creative juices flowing from the minds of Frost and Satyr are still rooted in the shift the band undertook in the late ’90s, but gone is this attempt to create Black-n-Roll flavored simplicity. Satyricon get back to progressive riff-laden Black Metal right off the bat with “Midnight Serpent.” Compelling and meaner than they have sounded in years, the tones and flow of the six-strings – Anders Odden (Cadaver, prior sessions in Satyricon) provides rhythm guitars – is married to a performance by Frost behind the kit that reminds us all how phenomenal of a drummer he has always been. No mere back-beat here, the percussion is alive and an integral part of the songs. The hearty production ensures each strike of cymbal and snare is perfectly enunciated.

“Blood Cracks Open The Ground” shows Satyr has his swagger back. The cold arrogance and conceptual genius is back, classical training coming to the fore on the adventurous riffing even as the menace and aggression rears its head. Progressive, adventurous, the song varies tempos and never grows stale. Even during the slowest moments, such as those found on “To Your Brethren In The Dark,” the band achieves an anthem-like atmosphere, a state of the world address for where their journey into the blackest corners of modern music have taken them.

Melody and a catchy buoyancy can be found on “The Ghost of Rome” in spades. Satyricon’s recent flirtation with orchestras informs this one as well. Elitists will likely take umbrage with this song, but it is both memorable and enjoyable, sliding quite easily beneath the skin of the listener.

Satyricon enter fusion territory on the saxophone-enhanced “Dissonant,” a dark construction of almost geometric complexity that never gets lost up its own ass. Again Frost’s relentless mastery comes to the fore, even as Satyr’s leads pile up over complex vocal lines. Nevertheless, one can pound one’s fist in the air through most of it. For appreciators of both aggression and the skill set that Black Metal prides itself on, what more can be asked for in 2017 from the progenitors of the genre’s greatest moments?

“Black Wings and Withering Gloom” is reminiscent of the elder days, even as Satyr makes reference to the mountains so intrinsic to what makes he and his countrymen tick. Its evident that they are not making songs to fit into anyone’s interpretation of what they should sound like, though. Make no mistake, the progressive battery is all their own; no overt nostalgia trips to be found here. “Burial Rite” follows a similar path of barely constrained fury, repetitive riffing purring in the song’s double-bass heart.

Deep calleth upon Deep also happens to have a gorgeous title-track, tinged with clean vocal and classical touches, and it is a lovely example of where Satyricon is right now. The catchy nature of the refrain collides with the aforesaid progressive nature of the compositions, linking the album into a cohesion that has of late been lacking from the band’s oeuvre.

Satyricon is many things to many people, but one thing it is not is a band concerned with fitting into a category or stylistic constraint of any kind. Satyr has never pretended to be someone willing to handcuff his muse, and that can be either admirable or stultifying. Deep calleth upon Deep is a return to form, but whether that form is the version of the band most appealing will vary by listener.

Taken on its own, the album is a carefully conceived bastion of riffs and superior song-craft buoyed by a peerless drum performance, issued by a band coming up on 30 years of existence who has seen and done it all. To display this kind of hunger and creativity, to steer the band from the shoals of their last effort into waters plied by such bright disciples of sound as Enslaved, Vreid, Solefald, and Stilla, have pulled Satyricon back from the brink in remarkable fashion. CrypticRock gives Deep calleth upon Deep 4 out of 5 stars. 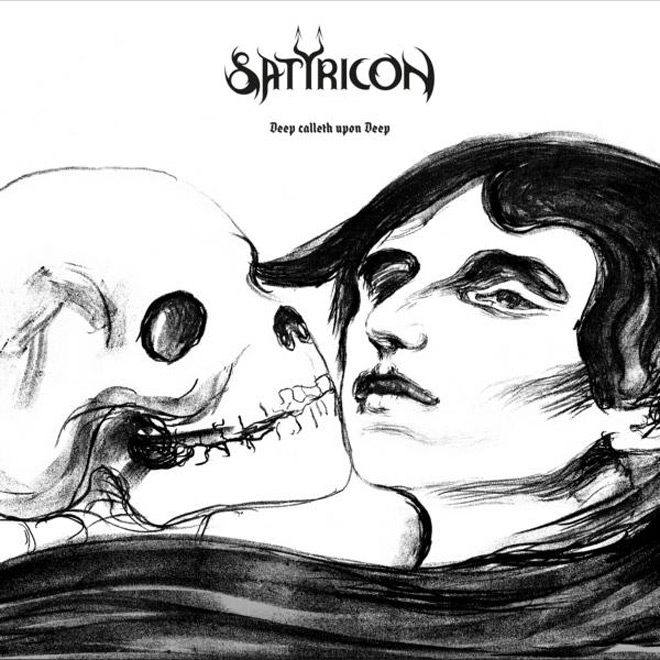