Just as behind many legends there is a true story, some animals are simply not meant to be caged. Bringing this to life, comes the latest Martial Arts styled Action film Savage Dog starring this generation’s Jean-Claude Van Damme – formidable opponent Scott Akins (The Expendables 2 2012, Doctor Strange 2016). 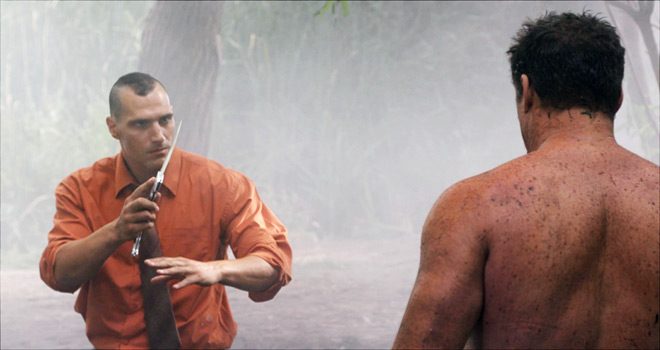 Set for release in theaters on August 4, 2017 and on VOD/iTunes on the 8th via XLrator Media, Savage Dog is written and directed by Jesse V. Johnson (Lincoln 2012, The Amazing Spider-Man 2012). With filming taking place in Dien Bien Phu, Vietnam, Akins stars as the title character – former Irish Boxer Martin Tillman in 1959, a man serving three years for a six months sentence after disobeying an officer in Den-Dhin-Chan Labor Camp within a troubled Indochina.

Martin fights for the camp’s Warden, former SS Officer Steiner (Vladimir Kulich: Smokin’ Aces 2006, The Equaliser 2014), and Amarillo (Charles Fathy:Transporter: The Series 2014, Teen Wolf 2016), and Steiner’s on hand killer – Rastignac (Marko Zaror: Machete Kills 2013, From Dusk Till Dawn: The Series 2016), also a former SS Officer. British agent Harrison is waiting until Tillman is paroled to take him back to England to stand trial, but in the meantime collaborates with Steiner and Amarillo with the intent of being an intermediary between them and the American’s who are not far from intervening in the country’s lawless and immoral messes. His intervention complicates the already corrupt system.

During Martin’s time in prison, he sees a young woman – Isabelle (Juju Chan: Crouching Tiger, Hidden Dragon: Sword of Destiny 2016, The Invincible Dragon 2017), bring Steiner flowers every day. Steiner rejects both Isabelle and the flowers but Isabelle continues to visit. This confuses Martin, however he enjoys seeing Isabelle and continues fighting until Steiner paroles him to remove Harrison from his affairs. 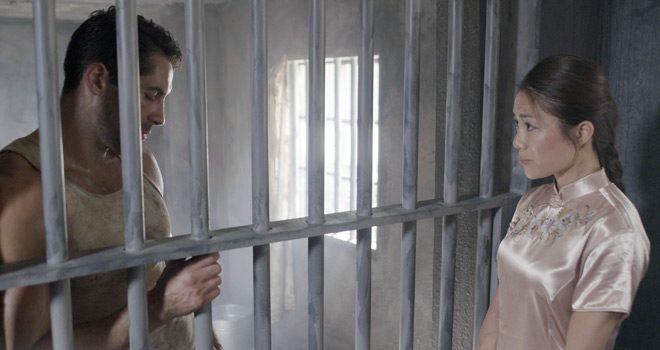 After his parole, Steiner offers Martin a job – to continue fighting for him and earn money and freedom. Martin refuses and instead works as a bouncer for local bar owner and the films narrator – Valentine (Keith David: The Thing 1982, Platoon 1986). The arrangement works well, and Martin discovers from Valentine that Isabelle is Steiner’s secret daughter. As the days pass, Martin and Isabelle develop a relationship, but it is not long until the blood-thirsty animal inside Martin wants more. He continues the relationship with Isabelle and returns to fight for Steiner.

However, after a fateful decision, Martin’s two worlds are forced to meet, leading to both disintegration and the deaths of his loved ones, including himself. The animal inside Martin is stronger than death itself and he bargains with God to get his revenge. After learning further martial arts skills, Martin gets his chance to wreak hell on the five men responsible and fix his mistakes.

Similar to both the original Van Damme fan-favorite, 1989’s Kickboxer, and the late Brandon Lee’s 1994 classic The Crow, Savage Dog is a tale of love, revenge, and redemption. Adkins is a true martial artist with a combination of skills and good looks which are sure to see him rise from circling the A list to being in it. In terms of action and bloodshed, there is plenty of both in spectacular fashion, but it is the plot that lets the film down. 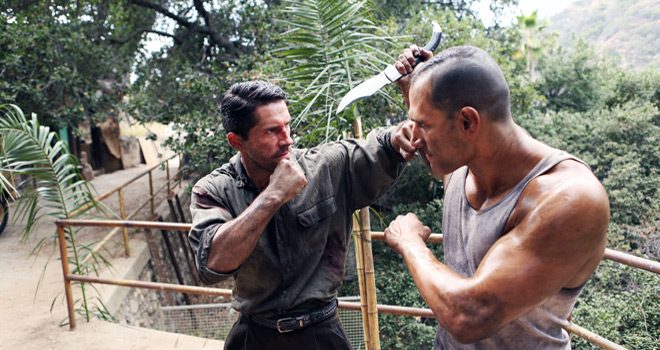 At some point, Savage Dog deviates from the straightforward martial arts formula into something more serious than it is. In terms of cinematography, Gabriel Gely (Speed Dragon 2013, The Green Fairy 2016) creates a hot, sticky, tense atmosphere and keeps pace with the change in action. In relation to editing, some of the bloody scenes close to the end are over the top, and misplaced.

Aside from being a bit disjointed overall, Savage Dog is a good Martial Arts film, which showcases Adkins’ multiple talents. For these reasons, CrypticRock gives Savage Dog 3.5 out of 5 stars. 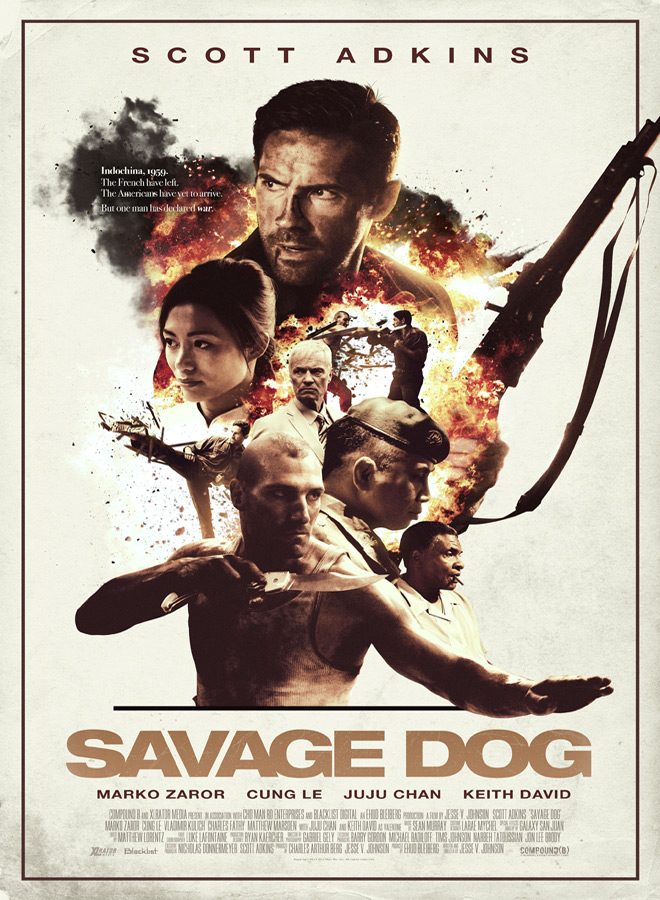 Uncharted (Movie Review) Ambulance (Movie Review)
Like the in-depth, diverse coverage of Cryptic Rock? Help us in support to keep the magazine going strong for years to come with a small donation.