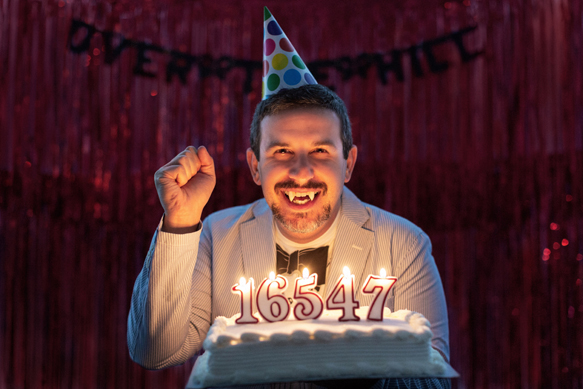 Eric Elbogen is a modern day one-man-band, in that Elbogen plays a variety of instruments, all the instruments featured in his work, and writes and records his vocals as well. Doing this all mostly from the confines of his small home-studio in Seattle, Washington. Staying true to the one-band-man style, Elbogen namely performs as a solo artist, though sometimes is aided by personal friends as a backing band. Elbogen has been at this gig since 2002. He was then a recent graduate of UCLA who transplanted to Brooklyn from California and began his journey into the music scene forming, Say Hi To Your Mom, which has now been shortened to, Say Hi.

As stated, Elbogen plays a variety of instruments, but  most notably, he plays a Fender Jazzmaster guitar. This particular sound seems to stand out among the rest in a style that blends light melodic beats with the added edge of synth and the guitar. This is a style that Elbogen has stayed true to since the formation of Say Hi To Your Mom. Released September 18, 2015 via Barsuk Records, his latest album entitled Bleeders Digest is no exception to this. In this album, Elbogen dedicates eleven tracks to the woes of everyday life for a modern Vampire. The Vampire theme is not an uncommon one for Elbogen, who has previously dedicated an album to this genre with Impeccable Blahs (2006). In fact, Bleeders Digest is noted to be an intentional sequel to Impeccable Blahs, also known as Elbogen’s “Vampire record.” Bleeders Digest is dealing with the isolation and everyday trials of being a creature of the night, where Impeccable Blahs focused on the discovery of the existence of Vampires all within very poetic sing-a-long lyrics that are more like a volume of short stories put to music.

“The Grass is Always Greener,” the opening track of Bleeders Digest, instantly transports listeners into the perspective of a girl, Jenny, who feels jilted by the lack of attention from the “handsome winged demons,” and decides to throw a boulder at them to get their attention and ends up being an object for them to torment for entirety. Hence the grass is always greener. Elbogen masterfully matches just the right tones in the music to paint the picture his simple and metaphorical lyrics are portraying. It is quite an artful skill and, with each track, these little stories continue, each exploring a different aspect of a Vampire’s nature and relating them to human nature.

In one of the most catchy tracks from the album, “Creatures Of The Night,” more synth is added to give the song a Pop feel as it addresses the issues of being a nocturnal creature and what sort of things someone housebound would do during the day to occupy themselves. This is all while the lyrics , “Why can’t we go outside?” is repeated to show the isolation and the longing for the world that these creatures are denied. Along the issue of denial, “Lover’s Lane (Smitten With Doom),” addresses the intense love of a Vampire towards a human and the sense of doom that always hangs over a relationship that could ultimately end with demise if the Vampire cannot also control the instinct to drain their lover. The Pop-Punk feel of the instrumentals also make this track feel like an anthem for anyone going through the early, worried-but-smitten stages of a new romance.

Aside from incredible writing, Elbogen also has a beautiful voice. It is showcased greatly in “Teeth Only For You” and “Volcanoes Erupt.” Each song addresses different acceptances Vampires allow themselves; the beauty of the night and shining stars in “Teeth Only For You,” and equating the animalistic nature of Vampires to that of real objects in nature in “Volcanoes Erupt.” The best way to put it, is Elbogen’s work is art molded into music. All in all, if listeners are looking for some powerful lyric-driven imagery set to quality instrumentals, Say Hi’s Bleeders Digest is for them. Cryptic Rock gives Bleeders Digest 4 out of 5 stars. 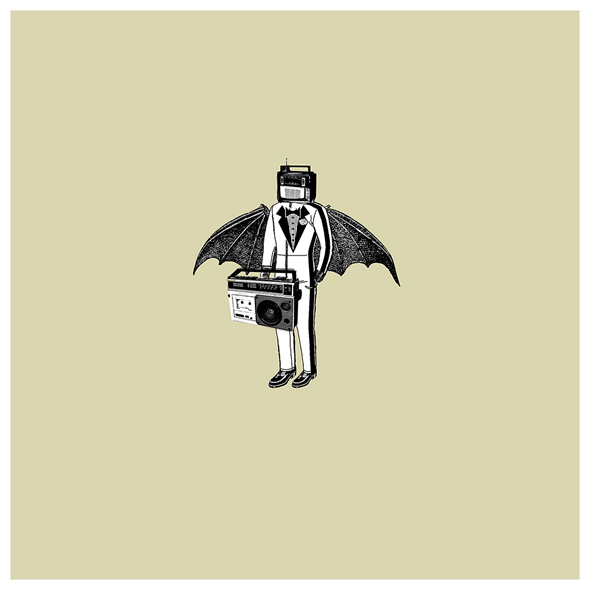