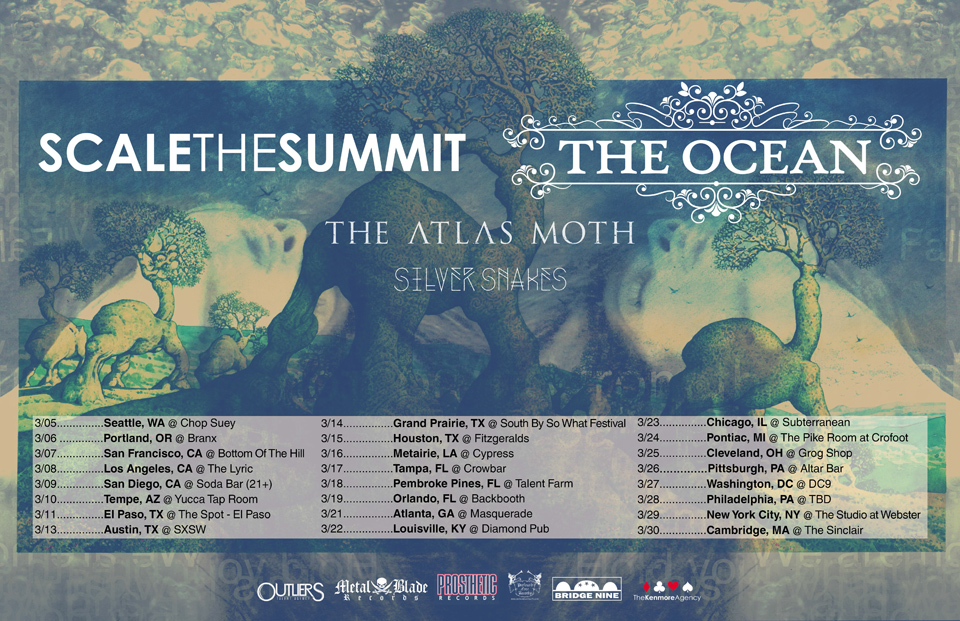 Having recently returned from a successful tour throughout western Europe supporting Intronaut, Texas instrumental proggers SCALE THE SUMMIT have revealed plans for a run of dates throughout the U.S. alongside The Ocean. Featuring support from Chicago’s The Atlas Moth and Los Angeles’ Silver Snakes, the co-headlining tour will kick off in early March and include stops at both South By Southwest (SXSW) and the similarly named South By So What?! Festival.

After the tour, SCALE THE SUMMIT will remain busy in April by performing alongside Queensryche, Marillion, headliners Yes and others on the Cruise To The Edge, followed by an appearance at the New England Metal & Hardcore Festival. The band’s complete touring schedule, along with ticket links, can be found below. VIP ticket packages for their co-headlining tour will also be made available at soundrink.com.