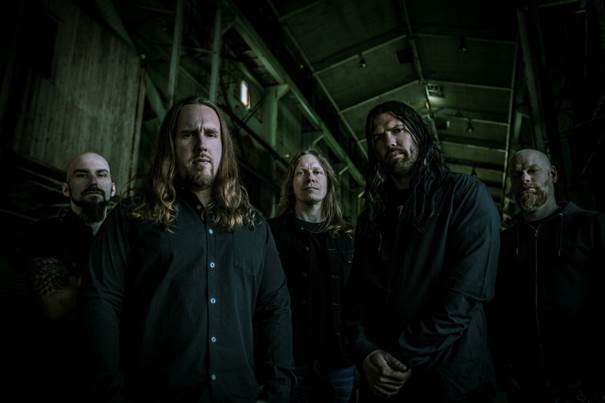 Swedish progressive death metal band Scar Symmetry has been blowing up the scene since 2004. With their dark mixes of metal harmony, synthetic ambiance, and diversity, they bring a raw element few have seen before. Originally fronted by Christian Älvestam for their first three albums, upon his departure the band did something rather unique by recruiting two vocalists to fill the void. Now with Robert Karlsson handling harsh vocals and Lars Palmqvist doing them clean, the band has successfully transformed themselves even further, receiving praise for Dark Matter Dimensions (2009) and The Unseen Empire (2011). Facing more adversity, the band parted ways with long-time guitarist Jonas Kjellgren months prior to going into the studio to record their sixth album The Singularity, Phase 1: Neohumanity. Configured with a single guitarist for the first time in their career, the record was solely written and produced by Per Nilsson. With the changing landscape of Scar Symmetry, loyal fans have many questions as to what direction their latest album would go.  Immediately striking interest, the album is centered around a conceptual vision, marking the first of a trilogy focusing on the rise of Artilects (Artificial intelligence).  Lyrically involved with the divide between those who accept the new technology and those who oppose it, this album will take listeners on a twisted ride between both worlds.

Starting the journey, the listener is brought into the mind of ‘The Shape of Things to Come’, a beautiful short intro of many voices and soft melodic harmonies. This leads directly into ‘Neohuman’, which is a futuristic hardcore mix of heavy guitars and bass. Palmqvist leads into deep screams along with Karlsson’s harmonic backing. This perfect blend of many elements is the solid platform upon which The Singularity, Phase 1: Neohumanity is built. ‘Limits to Infinity’ features a fast opening with unscathed keyboards, making for a pure upbeat song with a dark overtone layered in high and low screams. Taking a turn with a darker romantic vibe, ‘Cryonic Harvest’ has off-centered guitar leads and hard deep harmonic screams that flow into a breakdown of sweeps and bass by Kenneth Seil. The song takes the listener through time into a howling wind and a dark sadistic voice that explains the steps in the cryogenic process.

Midway through the album ‘The Spiral Timeshaft’  jumps right into the interesting guitar techniques and galloping drums of Henrik Ohlsson . Deep morbid screams capture the imagination and lead to a more upbeat melody, along with an awesome breakdown  which serves to unfold the story before the listener’s ear. ‘Childern of Integrated Circuit’ breaks out into the Yin and Yang of a new sounding, sweet melody. This smooth ballad is complimented by amazing guitar work, bongo drums, and symphonic instrumentation. Without much time left to catch a breather, the listener is catapulted back into the aggression with “Neuromancers”. The flourishing mix of vocal registers, super fast repetitive drum beats, perfect bass lines, overlapping guitars and intriguing lyrics make for a wonderful experience. Bringing this chapter to a close, ‘Technoclalyptic Cybergeddon’ is a waterfall of incongruous, perfectly timed metal harmonies with a haunting Science Fiction plot poured on by echoing harsh and silky vocals together.

The Singularity, Phase 1: Neohumanity is a brilliant album that flourishes with the many talents and ideas of Nilsson, which brings the listener closer to the non-realistic focus of the reality that truly could be artificial intellect. Exceeding expectations of their fans, the record could perhaps be their most complete work today. It will be fascinating to see what the next chapter will hold.  Crypticrock gives The Singularity, Phase 1: Neohumanity  5 out of 5 stars. 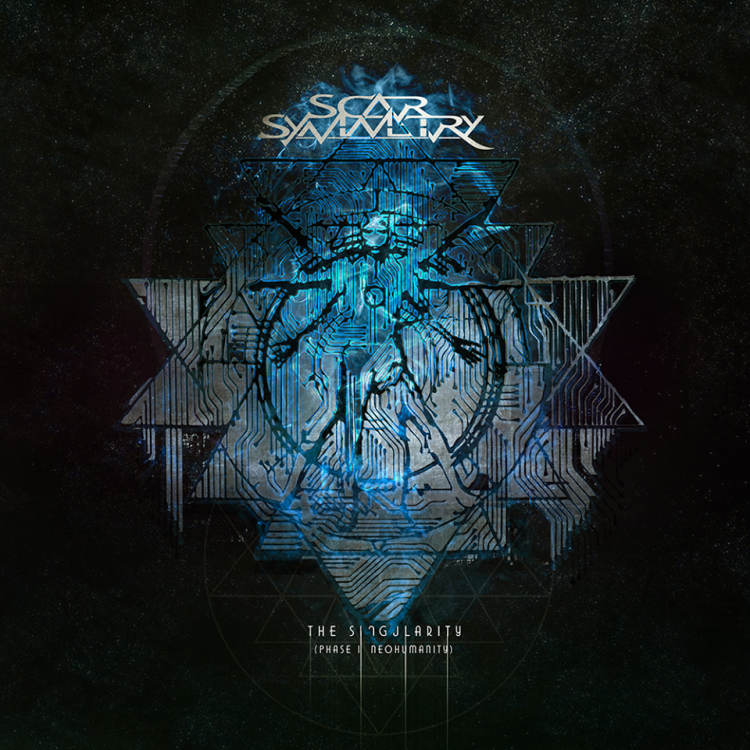 Dee Snider – Leave A Scar (Album Review)
Like the in-depth, diverse coverage of Cryptic Rock? Help us in support to keep the magazine going strong for years to come with a small donation.