Scarecrowd is one the cutest, most cheese-filled Horror film to have graced the big-screen in quite some time. To all the doubters out there, right now, thinking, “Is this serious?” Well, yes, it is not an overstatement. The entire movie is absolutely guaranteed to satisfy every living soul setting a pair of watchful-eyes upon the big-screen. However, be forewarned that cheeks will be sore from constantly grinning at what is happening. Curious yet? Read on! 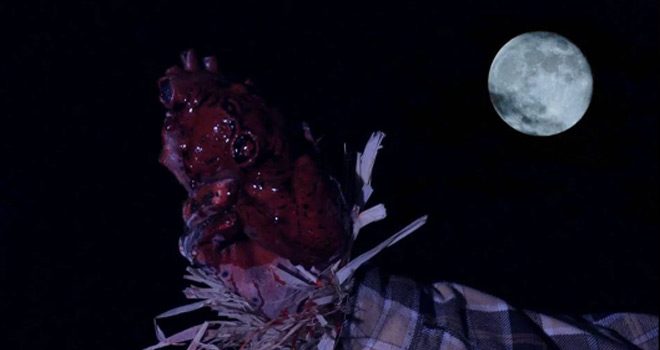 Cutting to the chase, the movie Scarecrowd, originally titled The Musk, was released on DVD, November 21, 2017, courtesy of SRS Cinema. With a low budget handed over in large bills from production company The Melting Pictures, Writer/Director George Nevada ably put together one crafty, sweet-hearted film, successively blending together with strong elements of Horror and Sci-Fi.

Nevada spins a tale of a meteor crash-landing into a forest near the house of homeowner Tony Maio (Fabrizio Occhipinti in his debut), whose curiosity leads him to the fiery site. The meteor cracks open, spewing slime and goo all over Tony, which begins to melt the flesh of his body, disfiguring him in the process. Tony costumes his hideous state with a hat, some straw, and suspender-held overalls, taking on the appearance of a scarecrow. What do people who turn into scarecrows usually do at times like these?—that’s right, they go on a killing spree; and that is exactly what Tony does—even if he has to use a toilet-cleaning brush to do so.

What gives Scarecrowd so much charm is its unapologetic way of how it was filmed, utilizing every nickel and dime to their fullest extent. Most of the cash went into the amazing special effects from the imagination and skill of Athanasius Pernath (Dark Waves 2015, American Guinea Pig: Sacrifice 2017), and some great Costume Design-work at the hands of Luana Jacovissi (only feature). Spreading those nickels and dimes even farther, Nevada hired Paolo Zandon, an amazing artist, to draw scenes in the form of comic-book pages that turn or, flip to the left, rather, as a new scene starts. This feature will bring to mind the look and feel of 1982’s Creepshow, and will certainly give-off a warm, fuzzy nostalgic feeling of the good old days. 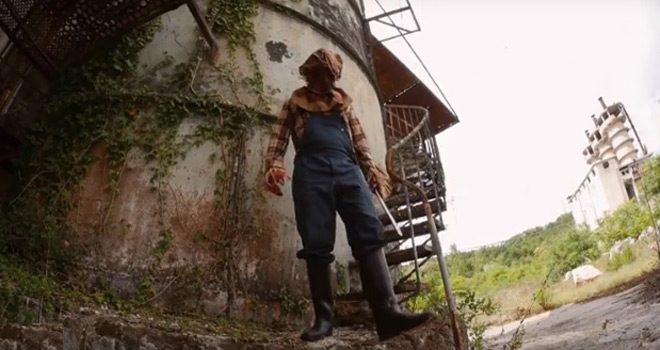 Now, while the production quality is impeccably gorgeous, the sound mix is—well… unintentionally laugh-inducing. Whether or not it was done on purpose, when the actors speak, their voices sound echoey—as if recorded on the stage of a high school auditorium. Also grin-inducing is Scarecrowd’s use of old-school special effects.

The best example of the latter is a scene where two lovers are riding on a scooter, which is not really moving at all, nor is the engine running; but the moving screen in the back makes it appear as if the lovers are racing down the road, in search for the meteor. It is charming—absolutely charming the way George Nevada brought this film together, saving money for more important things, like an incredible-looking title screen, for example.

Now, for those that may be a little skeptical of the movie, the good news is Scarecrowd has something for everyone. Gore?—check. A Scarecrow killing people?—check. Bare-naked females and males? Double check. To sell the entire film in one fell swoop: Scarecrowd sports one hell of a soundtrack that knocks at the door of old ’60s to ’80s-Sci-Fi flicks, thanks to Musicians Antony Coia and Lucas Giorgini. 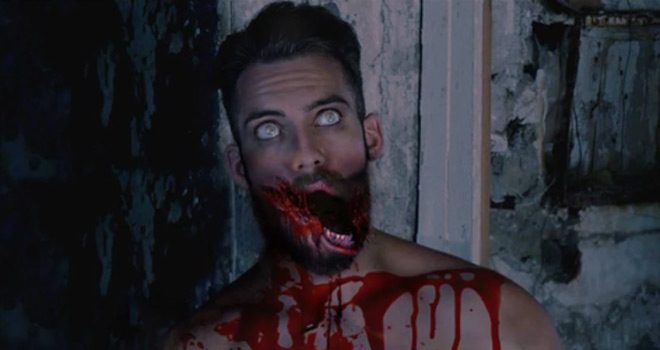 What does all of this mean so far? It means no one truly needs a lot of money to make an amazing film. What makes a truly great film is the persistence to get it done, the imagination to make a dream come to life, a worthy cast and crew eager to help sell the movie, and of course, heart—to fully encapsulate everything genuine in the work that had been put into making the movie.

In enough words, Scarecrowd is like a cup of Maxwell House coffee: it is good to the last drop. Pouring this great coffee is Writer/Director George Nevada, proving that heart should always be the first ingredient to any good brew. Because of a deliciously campy, cheese-filled fun time, CrypticRock proudly gives Scarecrowd 5 out of 5 stars. 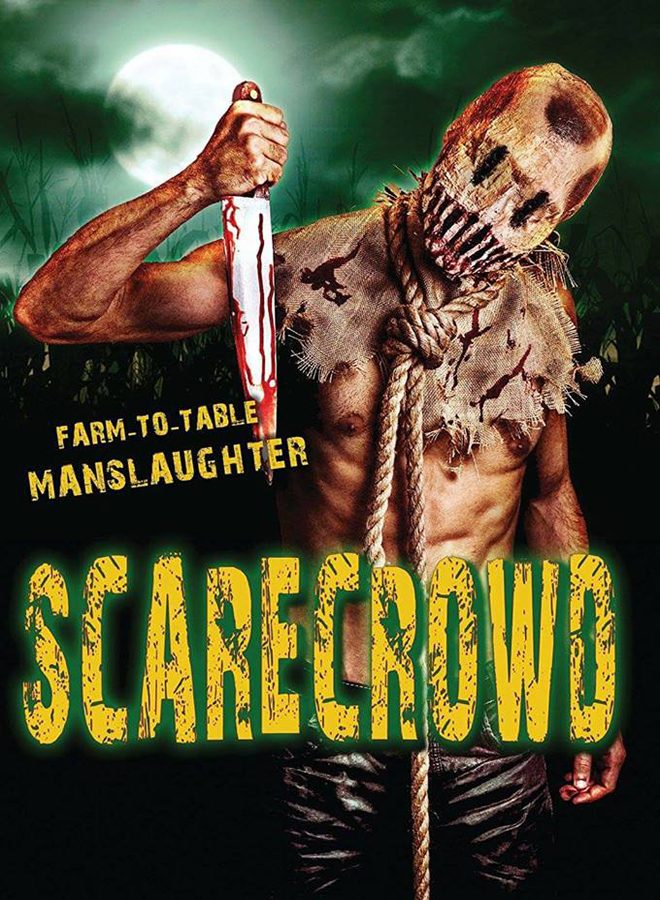