One of the latest entries into the Horror/Comedy genre, Scareycrows quickly sheds its straw to tell the tale of an English seaside town submerged in a harmless Halloween tradition of hanging handmade “scareycrows” to ward away evil. An annual tradition, the town also throws a full-on festival to celebrate… but something sinister lurks amongst the people of the once quiet town. There is a hidden secret that will reveal itself for the worse, turning the celebration into an all-out fight to survive the night. 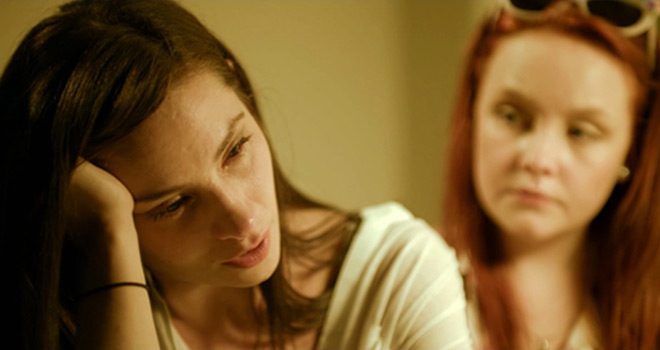 Initially premiering in the USA back on September 22, 2017, and available now on streaming services such as Amazon, Scareycrows also had its big UK premier back on October 31st thanks to Indie Rights. The work of a family, Mommy and Daddy-team, Diana and Robert Townsend, run Inspired Toad Productions together, which formed in 2012. For Scareycrows, their daughter, Lucy Townsend, directed the movie based on a screenplay Diana and her brother, David Hardie, had written. One big happy family: a bond never to be broken.

Now, the first thing the viewer will notice about Scareycrows is how gorgeous the production quality of this seemingly on-purpose B-film looks. Everything is bright, colorful, and always in focus. Second, the cast ensemble pull out all the punches to perfectly portray each and every character, from start to finish. Third, not one single second of the movie is all that scary, but rather chooses to delve more into the realm of Comedy than Horror.

If anyone out there is a sucker for Horror movies featuring scary, straw-filled demons on the loose killing unsuspecting bank robbers using a farm as a hideout, or someone resurrected as a scarecrow to exact revenge on bullies, will surely be disappointed when watching Scareycrows. Instead of being scary, the movie is practically full of character development, and a lot of talking, which takes up about three-quarters of its 75-minute running-time. That in mind, most of what is being said in the movie has nothing to do with the movie at all! This is aside from the very few seconds here and there when actual talks of the “scareycrows” do come about. Other than that, when the big reveal happens, it may feel a bit forced, causing a few jaws to hit the floor and a couple of eyes to roll. 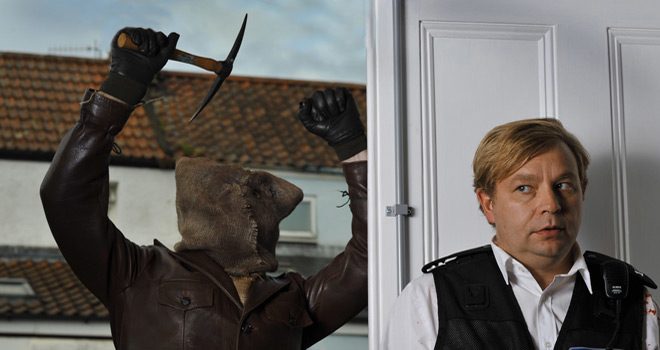 The thing is, none of what had been mentioned makes Scareycrows a bad film. There is charm in its creation, and the characters are what will keep eyes peeled to the screen—even just to see how it all ends. The dialogue is indeed plentiful, but every actor delivers each line with spot-on precision. Director Lucy Townsend shows some serious professional skills, even as a first-time director, extracting some of the most wonderful performances out from her actors.

Now, although Scareycrows is more Comedy than Horror, there are some moments when all hell breaks loose as the town is under siege that may send a shiver or two down the spine. Lucy proves she can handle much of anything thrown at her. For example, neither she nor her crew stopped for one minute when their transport van had broken down during the last day of filming. All was thought to be lost, but Lucy to the rescue created a Kickstarter page to help raise additional funds to get the last reel of the movie finished. 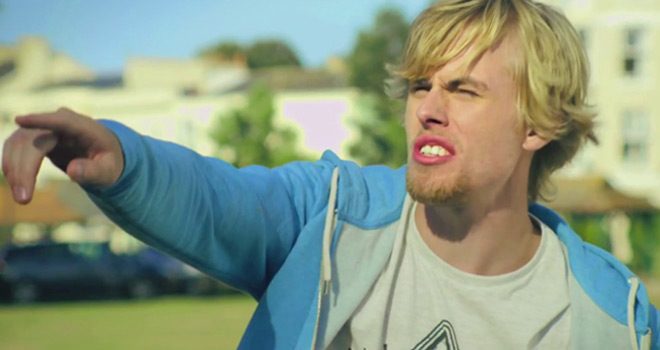 For the work of a promising director, the performances of a great cast, and for slick production quality from the crew behind the scenes, CrypticRock gives Scareycrows a strong 3 out of 5 stars. 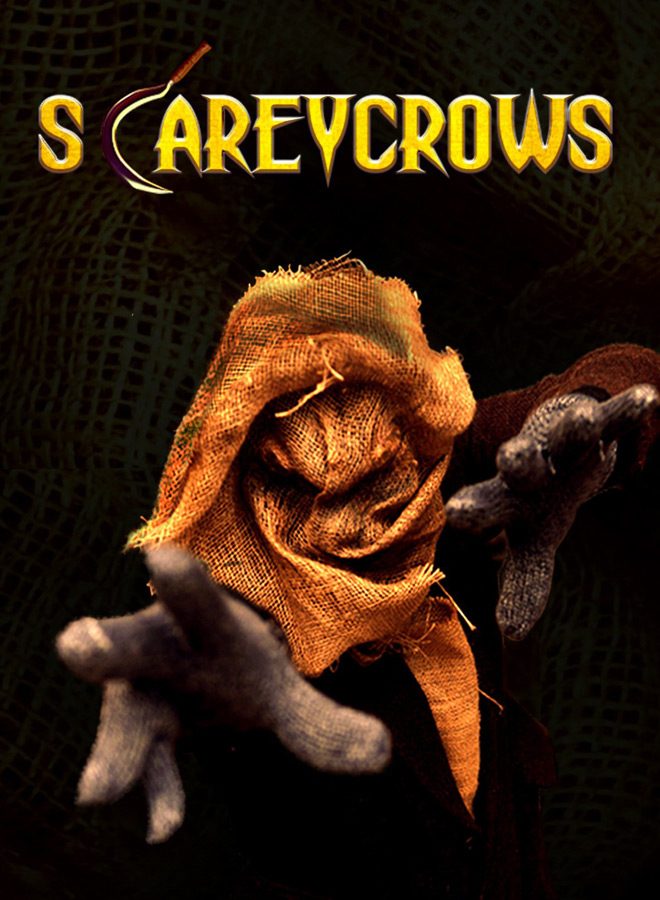