Twenty years ago, Wes Craven (The Last House on the Left 1972, A Nightmare on Elm Street 1984) and Kevin Williamson (Cursed 2005 The Vampire Diaries series) came together yet again to create a new film in the Scream series. Released on December 12th, 1997, Scream 2 struck the iron while it was hot after the mega success of 1996’s Scream. The first of three sequels in the franchise, Scream 2 stands out as a favorite two decades later. 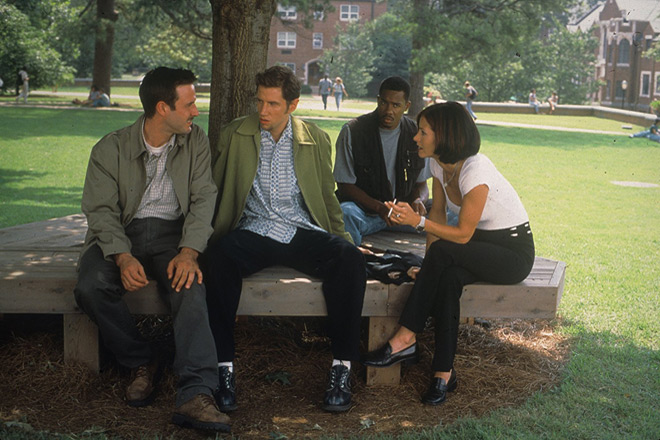 While Scream 2 was released only a year after Scream, the story takes place two years after the events in the first film. Sidney Prescott (Neve Campbell) is now a student at Windsor College and falls victim again to another killer who has copied the disguise of Ghostface. Like the first film, Scream 2 combines elements of a Slasher film and mystery, peppered with comedy and satire of film sequels and Horror films.

While Scream was still in theaters, Williamson pitched a five page outline for the next movie hoping Dimension Films would see the potential of another film success. Dimension agreed in March of 1997 to move forward with the project with Craven reprising his role as the director and Beltrami back as a music producer.

When it seemed that the deal would be sealed for another Scream production, many of the characters that survived the first film would be bought back for the second film such as Neve Campbell (Scream series, The Craft 1996) as Sidney Prescott, Courteney Cox (Friends series, Scream series) as Gale Weathers, David Arquette (Never Been Kissed 1999, Eight Legged Freaks 2002) as Dewey Riley, Jamie Kennedy (Romeo + Juliet 1996, Son of the Mask 2005) as Randy Meeks, Liev Schreiber (X-Men Origins: Wolverine 2009, Spotlight 2015) as Cotton Weary, while Roger L. Jackson (Scream series) reprised his voice role of Ghostface. 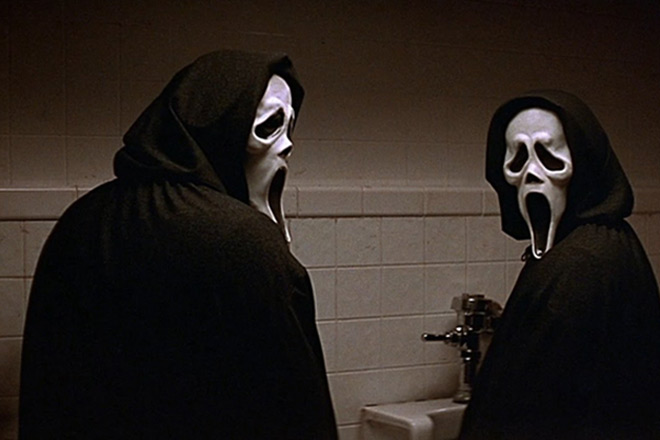 However, for Scream 2 to gain more attention, it would mean that the project would need some serious star power behind it, mostly young actors from many hit TV shows of the time. Those stars included the likes of Sarah Michelle Gellar, Jada Pinkett, Omar Epps, Jerry O’Connell, Timothy Olyphant, and Laurie Metcalf.

Other characters such as Tori Spelling, Luke Wilson, and Heather Graham played themselves as characters in the Stab films; credited as Stab Sidney, Stab Billy and Stab Casey respectively. Spelling was cast based on a sarcastic remark by Campbell’s character in Scream that she would be played by Spelling in a movie based on her life. Craven remarked that she was a “good sport” about the joke and happy to take part. Nonetheless, despite all of scheduling difficulties from having such high profile actors, Craven had respected their enthusiasm to take part in this film.

Even though Scream 2 received early praise and the financial backing, the film would eventually have a huge controversy from a leaked script that would surface onto the internet. A problem that would reveal the killers, the script was rewritten, and combined with a rushed schedule, had very tense filming period. This also led to increase in security, and the scripts being printed on special paper to prevent photocopying of the text which were later destroyed after their use that day on set.

The rewrites changed much of finale such as who the killers were, while also changing many characters drastically. The script was kept so much under wraps that the last pages of the finale were only given to those actors shooting that day. That said, the whole process would take over a nine month period and would cost a hefty 24 million dollars. Despite these setbacks, Scream 2 would reach its completion and bring in over 172 million dollars while receiving many awards and nominations. 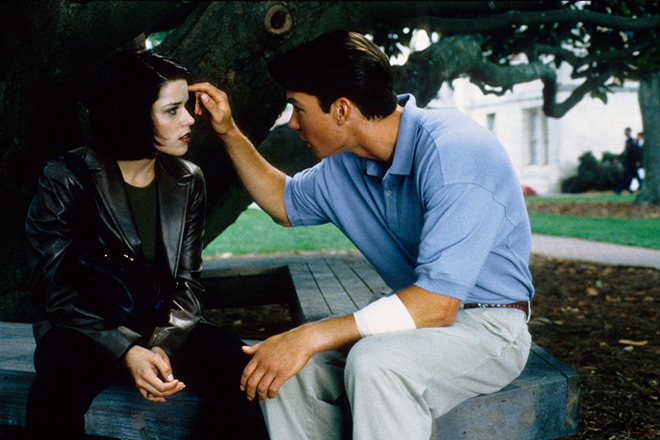 Overcoming other issues, Craven had some trouble with releasing the film under an R-rating. To get past this, Craven sent a version of the film that was set to be focused on the gorier and violent aspects so that they would actually bypass the parts of the film he actually wanted to keep. This prompted the MPAA to give Scream 2 an R-rating for the more violent cut as they believed the true message surrounding the film was effective enough to warrant the violence.

With so many headaches going on behind the scenes, Scream 2 still managed to be one of the most talked about films in 1997. In fact it did so well James Bond: Tomorrow Never Dies and Titanic were moved to other dates to not compete for viewers of the Horror masterpiece.

One of the highest grossing films in 1997, Scream 2 continued the trend of Teen Horror Slashers and helped continue the legacy of the series well into present day as seen on MTV’s Scream TV series. Even 20 years, Scream 2 remains a slice above the rest! 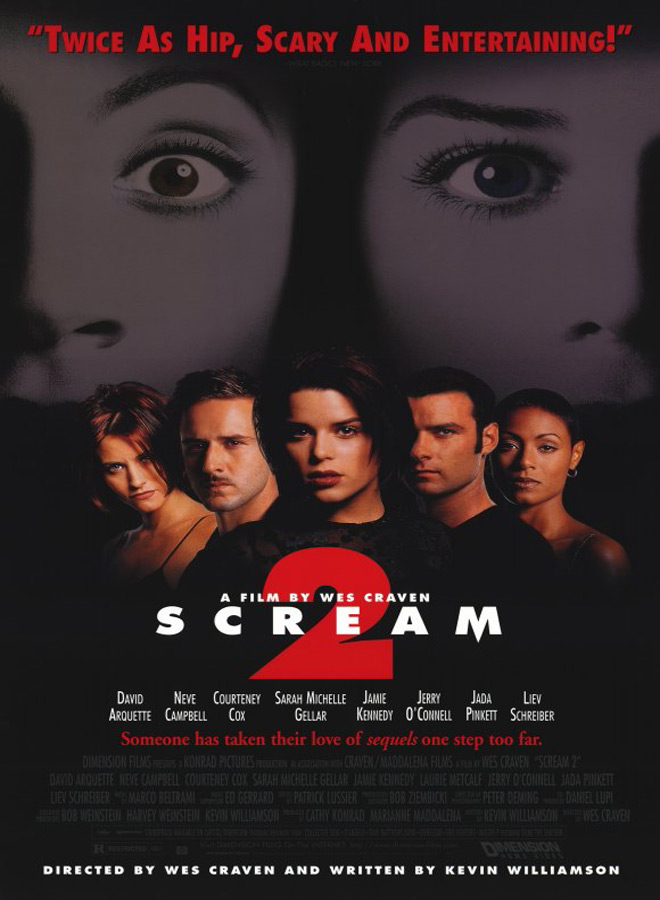