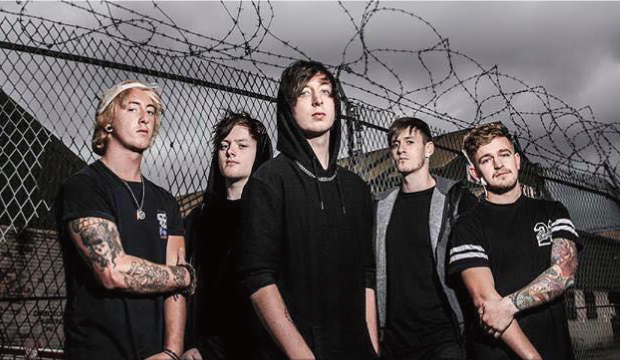 Interestingly named, Scream Blue Murder are a relatively fresh band out of Coventry, England. With roots dating back in 2011, they showed their first proof of life in the form of 2012’s EP Cut Throat Youth, and re-formed in summer 2014, consisting of the line-up of Vocalist Aaron Bloomer, Drummer Jamie Broomer, Guitarists Dan Philip and Harry Goodwin, as well as Bassist Luke Chapman. Generating an impressive fanbase through social networking, the band has shared the stage with the likes of Of Mice and Men, Cancer Bats, We Are The Ocean, and Bury Tomorrow, to name a few. Gaining the attention of Attila frontman Chris Fronzak’s young label, Stay Sick Recordings, Scream Blue Murder quickly became the first international act signed. Now armed with distribution in The States, Scream Blue Murder are ready to take the next step toward making an impact with their debut, full-length album, Hollow Stories, released as of May 6th.

From the first notes of the opening track “Unbreakable,” the five-piece shows in which waters they are floating around. Beside the self-mentioned and chosen influences of acts such as Bring Me The Horizon or Asking Alexandria, the sound on Hollow Stories reminds here and there on the more vigorous direction of bands like, for example, While She Sleeps. While nowadays these acts belong to a more mainstream audience, Scream Blue Murder is more chaotic, all without loosing the main focus of attention on song structures and choruses to remember easily. This can be heard on “Restart, Rewing, Reset,“ which offers the genre typical sing-a-long chorus, but with changing vocals between aggressive growls and clean sung melody-lines not to be missed.

Moving along, “No hope” builds a seamless transition, even if the band puts another coal to the fire with the regard to the basic aggression level. Conspicuous and representative of the overall sound of Hollow Stories are the low breakdown guitars of the duo of Philip and Goodwin, which sound wonderfully disharmonic in best Voivod manner, giving the genre typical sound a special note. With that said, Scream Blue Murder also can be very melodic as proved on “Escape Plan,” which comes on with a wonderful chorus. Likewise, “We Are Survivors” shows the most near to the above mentioned spearhead of the British Metalcore-scene with an electronic intro as the band drifts from growling to another great sing-a-long chorus.

Following this effective recipe, “Dying Breed” grooves hellish with its staccato double bass attacks and raw energy. This is before the strange, yet compelling, party-like song “Lets Do Coke…I’ll Have A Diet,” which will throw some listeners for a curve due to the interjection of strange Euro-Trance samples in the chorus. Compensation comes with the merciless “Personal Message,” which has a beginning that may remind some of Pantera’s “Fucking Hostile” before it breaks down to half time tempo. Keeping the record balanced, the real Metalcore pearls are saved for the end in the form of “Flatline” and the title-track, “Hollow Stories.” Instrumentation, songwriting, and atmosphere make these tracks perhaps the strongest of the entire album.

With Hollow Stories, Scream Blue Murder deliver a solid Metalcore debut album which beds in perfect into the nowadays tight contested genre. With a healthy portion of individualism in their guitar work, the band tries to lend the tracks the needed discreteness. While some may say the genre of Metalcore is watered down and bands of this elk are a dime a dozen, Scream Blue Murder are proof there is still potency to be tapped into. Their approach is a nice balance of aggression and refinement, which will only grow as they move forward. Fans of the mentioned bands looking for a more aggressive variation should give Hollow Stories a try, it will not disappoint. CrypticRock gives Hollow Stories 4 out of 5 stars. 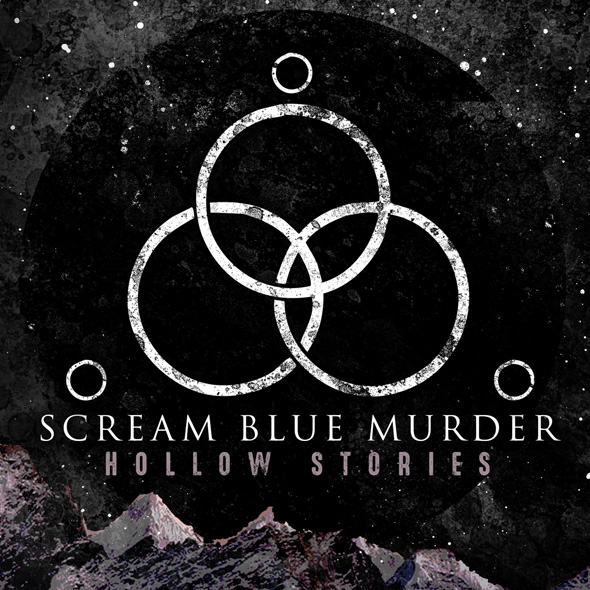