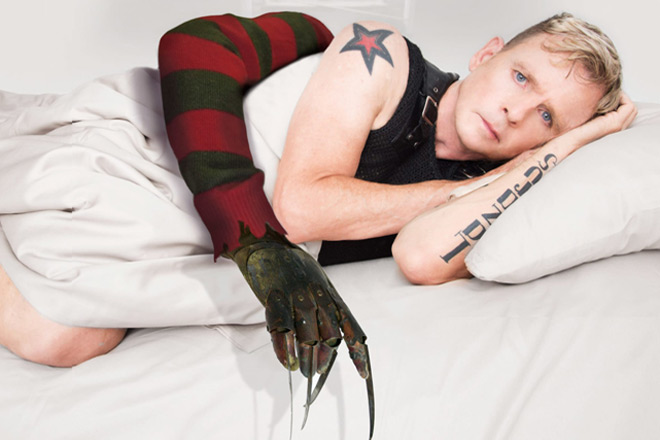 Oddly enough, it would not be his breakout role, but instead it found Patton bowing out of Hollywood, soon to reclude to obscurity. Few knew what happened to Patton in the decades to follow, that was until the 2010 Never Sleep Again: The Elm Street Legacy documentary which shed some light on the subject via a rare interview. Now, the doors are completely blown wide open in the telling new documentary entitled Scream, Queen! My Nightmare on Elm Street.

More than your average documentary, Scream, Queen! My Nightmare on Elm Street offers a deep, thoughtful insight into Patton’s road to stardom and eventual demise. It is a tale of triumph, betrayal, immense tragedy, but most of all, education. Providing first hand accounts from Patton himself, you relive his early beginnings in self-discovery, his bold decision to leave home for New York City at a young age, and arrival in Hollywood where he eventually landed the lead in Freddy’s Revenge. Unfortunately to Patton’s chagrin, Freddy’s Revenge had an underlined homosexual subtext which would be the butt of many jokes for years to come. Putting matters in context, it is important to remember this was back in 1985 amidst the AIDS epidemic, a time where there was immense homophobia. As a result, being a gay man himself, Patton was faced with being labeled a character actor due to Freddy’s Revenge. Adding insult to injury, Screenwriter David Chaskin would deny the gay theme to his film’s script, passing it off onto Patton’s performance.

As you could imagine all these matters weighed heavily on Patton, and are a big part of the reason he decided to leave the entertainment industry all together. However, this is not where it all ends, because there has been much more misfortune to bestow Patton. This includes the tragic lose of his partner to AIDS, his own diagnoses of HIV along with a pneumonia, thrush, and tuberculosis, not to mention the ruthlessness mockery of Freddy’s Revenge by some via the internet. Matters that would break even the strongest person, Scream, Queen! My Nightmare on Elm Street presents a positive message of how Patton has overcome everything thrown at him. In addition, the documentary does not only outline these factors, but it also offers Patton an outlet to find peace with the past, become vulnerable and honest with his own missteps, plus eventually lead him to a place of love among those in the Horror community.

In truth, to the LGBTQ community is a hero, and it should be to Horror fans too. He comes across as a genuinely nice person, that even though has endured so much, is not vindictive, but rather extremely compassionate. Scream, Queen! My Nightmare on Elm Street does a fine job of bringing this to all light with thoughtful conversations, astute research, and plenty of real emotion. A must see for anyone looking for a real life story about survival and overcoming, Cryptic Rock gives Scream, Queen! My Nightmare on Elm Street 5 out of 5 stars. 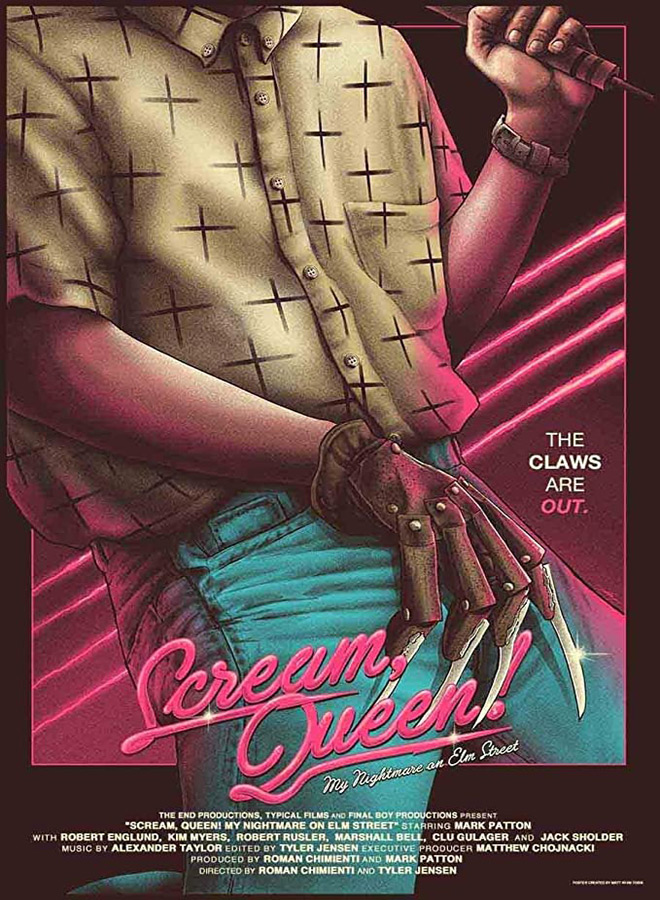