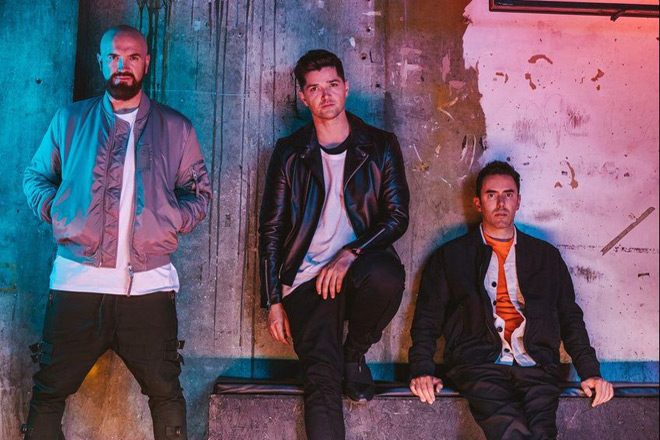 With roots that date back to childhood, The Script’s Danny O’Donoghue (lead vocals/piano) and Mark Sheehan (guitar/vocals) have a rich musical history together. Joining up with Drummer Glen Power, working hard and finding their identity, the band hit number one in their homeland of Ireland with their self-titled debut album in 2008, thanks to hits such as “Breakeven” and “We Cry.” From here, the world soon fell in love with The Script’s fused style of Pop, Rock, Hip Hop, and R&B, as they went on to even bigger success internationally with 2010’s Science & Faith. An album that hit number 3 on US Billboard 200 charts, The Script had arrived, soon keeping steady in the international charts with 2012’s #3 and 2014’s No Sound Without Silence.

Now three years removed from their last studio record, the Award-nominated band is spreading their wings, claiming a new sound with electronic influences on their latest album, Freedom Child. Coming after a brief hiatus from the band, Freedom Child hit the world on September 1, 2017 via Columbia Records. So does the new direction work for the band?

Well, Freedom Child is an unapologetic, daring 14-track album that radiates honesty, integrity, and positivity. While they do stick to their overall style, there is a twist of Electronic Pop seeping its way into some of these new songs. A style fans will either love or hate, regardless, The Script continue to spread love through their music. “Freedom of expression is one of the most important things in life and that inspired us. The only way you can trump hate is with love. These are the messages of Freedom Child,” says O’Donoghue.

A refreshing bright vibe indeed, the sound of a cassette tape being loaded into a player begins Freedom Child following a catchy bass groove. This leads into opening track “No Man Is An Island,” which is a hopeful story of someone telling the band that they are not alone. Tapping into a Reggae/Electronic mix that has become so popular in Pop music today, it creates an inviting aura. Here, O’Donoghue’s voice sounds matured compared to older The Script material as he displays marvelous voice control.

Moving on to “Rain,” stylized “Ra!n,” the change of pace allows the listener to relax as keys fill the silence. Having an emotion of heartache, it is amplified by the acoustic guitar and light bass that join in. This is while the chorus keeps the track light and moving forward as The Script gift fans their more traditional style, making the song a fitting choice for the album’s first single. From here it is on to highlight cut “Arms Open,” where the vocals are brought more to the surface, and the stripped music is more laid back while each sound compliments each other well. Maybe it is the feeling of comfort and genuineness, but this is a soothing and soulful piece.

Mixing in other fun and catchy tracks like “Mad Love,” another standout track later on is the bass heavy “Deliverance.” With a unique sound of Grunge meets Pop, it offers a heavy sound with a fast-paced tempo making it easy to fall right into the groove. Light and feel-good thus far, The Script also takes it upon themselves to create awareness of pressing issues in the world surrounding. For example, the politically driven “Divided States Of America” invites citizens to wake up, catch on, and stand together rather than put up walls. The drums resemble a mid tempo march as O’Donoghue sings about the matters of violence, hate, etc. Regardless of what side one is on, it is a completely agreeable message to all to listen up and change before we all wither to dust.

Keeping the inspirational atmosphere on “Written in the Scars,” O’Donoghue sings with confidence about wearing his scars proud. Matched with mesmerizing drums, the soft and sweet guitar plucks draw out in the background for a delightful combination. It is hard not to feel hopeful after have listened to this track, feeling assured that the troubles encountered only make us who we are.

Closing the album, “Awakening” provides an interlude piece is angelic with soft, full keys and transitions into the finale, title-track, “Freedom Child.” A great closing, it provides an open letter to find a dream, free your mind, and to love life in general. While the music piece is a familiar sound, the song stands strong as encouraging and uplifting. Simply put, The Script are rightfully saying it is time to change and take a stand.

While the evidence of inspiration and free expression radiated from Freedom Child, about half of the album felt underwhelming. The lyrical content and engagement are admirable. That in mind, on the composition aspect, some tracks could have brewed a little longer. Although, there are a good portion of tracks which stick out, making it a winning return for the band. Colorful, topical, and most importantly, beaming with positivity, CrypticRock gives The Script’s Freedom Child 3.5 of 5 stars. 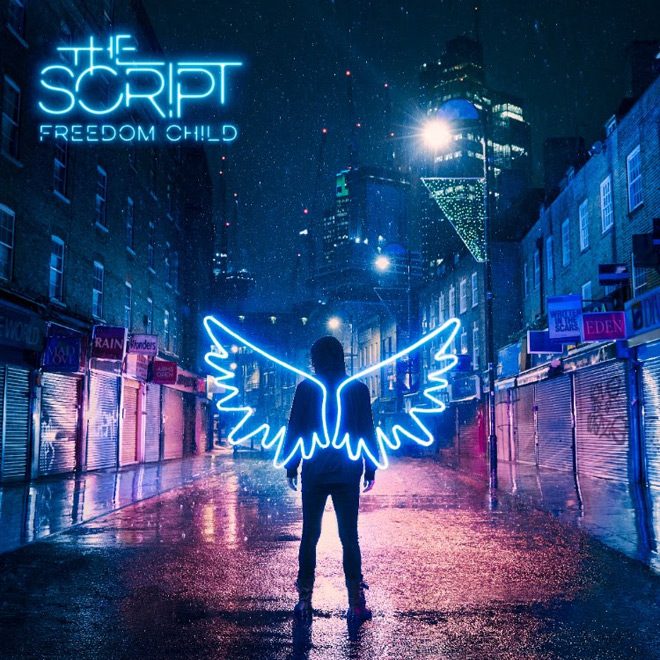