Secret in Their Eyes (Movie Review)

Director Billy Ray (The Hunger Games 2012, Captain Phillips 2013) joined forced with Writers Juan Jose Campanella (Son of the Bride 2001, Underdogs 2013) and Eduardo Sacheri (The Secret in Their Eyes 2009, Papeles en el Viento 2015) for the long anticipated American remake of the Argentinean film, El secreto de sus Ojos, titled Secrets in Their Eyes. With a tagline that reads “Don’t look closer,” Secret in Their Eyes brings an hour and fifty-one minutes full of plot twists and time-jumps that drive the audience to insanity after learning the reasons why the events unfolded. Complemented by a cast that includes Chiwetel Ejiofor (American Gangster 2007, 12 Years of Slave 2013), Nicole Kidman (The Others 2001, Before I Go to Sleep 2014), Julia Roberts (Pretty Woman 1990, Mirror Mirror 2012), Dean Morris (Total Recall 1990, Little Miss Sunshine 2006), and Joe Cole (Offender 2012, A Long Way Down 2014), Secret in Their Eyes opened in theaters November 20, 2015, and on February 23, 2016, received a DVD release that is bound to attract even more attention from the home viewing circuit. 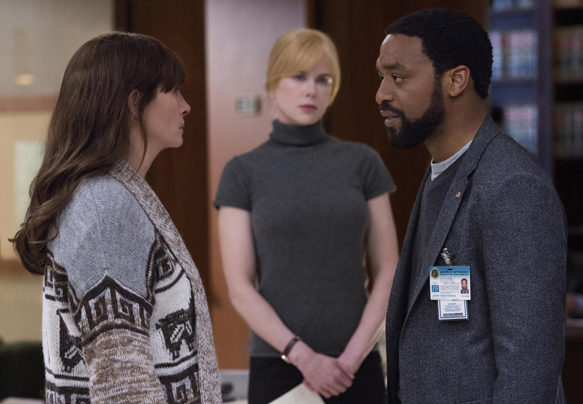 After Ray Kasten (Ejiofor) and Jessica “Jess” Cobb (Roberts) are called in to investigate a murder of an unidentified female body, Jess is shocked to learn that the body is none other than her teenage daughter. Even with the help of DA Claire Sloan (Kidman) and Bumpy Willis (Morris), the case goes cold and is set aside. Fast forward thirteen years. While looking through some old footage, Ray finds a person looking exactly like an alleged murderer Marzin (Cole) that was let free more than a decade before. Now, with new hope, Ray goes back to where it all started and hopes to give closure to Jess and everyone else involved in the case. The film’s sequences keep going back and forth with twists and newly found important information that could change their lives forever.

Desperate to find answers and feeling guilty as well as responsible, Ray digs deeper into what happened and follows the man that looks like the murderer, but Jess does not seem to be as worried as she was thirteen years ago. In a shocking turn of events, Jess gives Ray and Sloan a confession that has the audience cheering and worried both at the same time. What was the confession and what ever happened to the murderer more than ten years ago? Jess fixed the problem that was bothering her and her team, but the events in which they occurred will surprise audiences in its entirety. 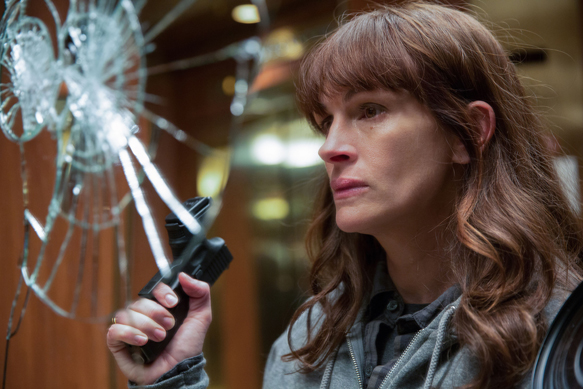 To say Secret in Their Eyes is sad is an understatement. Tears were shed and feelings were mixed in this incredible, mysterious Drama. Sometimes a crime story is nothing more than a story. Oftentimes, filmmakers ignore people’s feelings and forget that the basis of any good movie is connecting with the audience, even when they know it is only fiction. This film did just that. Secret in Their Eyes did not shy away from realism. The cinematography was perfect with each individual setting. Julia Roberts was exceptional in this film – so much so that the writers wrote this character just for her, knowing she was going to astound audiences once again. When a script changes a character’s gender, it is taking a huge risk at not being credible, but Roberts did not have a problem with this at all.

Ejiofor and Kidman also fit their roles like gloves. Each and every character of this movie felt like it was in its place and it makes one believe that a movie could be great, even if it does not finish with a perfect, happy ending. Not to mistake this with a bad ending, but it is very well known that if a film is good, it does not need to add more to the story that will come off as fake or unrealistic. When actors collaborate with writers and producers with ideas, it shows the commitment is serious. It took this movie some time before it was made and released, but it was well worth the wait. 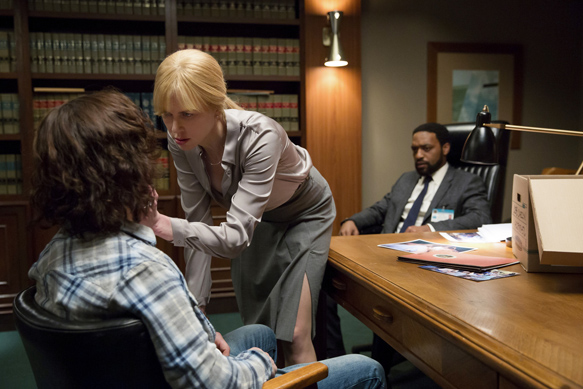 Not recommended for children under 13, Secret in Their Eyes gives the audience the character’s story in-between and does not only show the crime and punishment like other Dramas out there. Its Argentinean counterpart was riveting and full of emotion, but sometimes the remake can become cheesy or even ruin fan’s memories of the original. With that said, Secret in Their Eyes is the perfect example on how a remake should be done. CrypticRock gives Secret in Their Eyes 5 out of 5 stars. 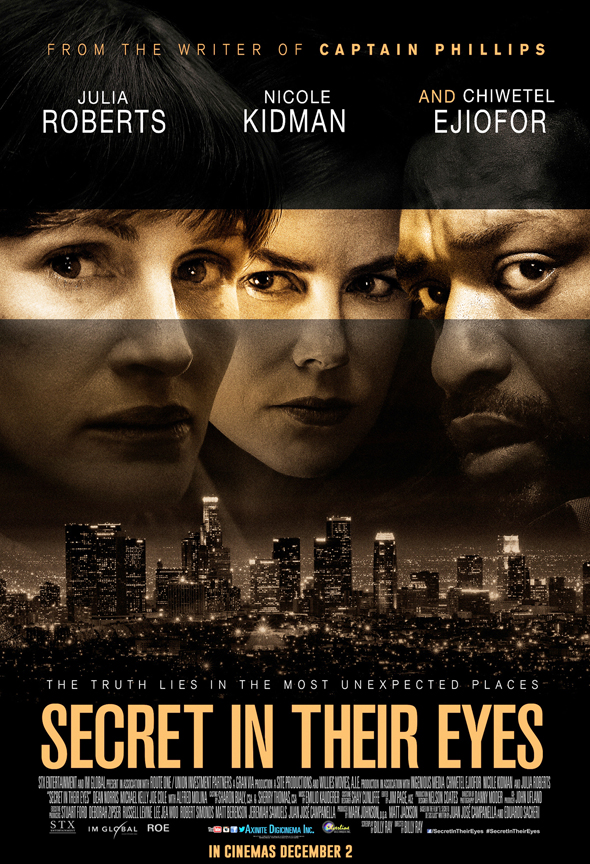 Purchase Secret in Their Eyes on DVD on Amazon