‘Tis the season to be jolly. What better way is there to celebrate the coming of ol’ Saint Nick than to pregame the joy of gift-giving amongst friends before the big day arrives? This “pregame” has a name most people call Secret Santa, where someone picks a random person within a group of other persons for whom to buy a gift. Now… as fun as this can be, there are people who will take the game just a little too seriously… such is the case shown in production company Wild Eye Releasing’s film Secret Santa. 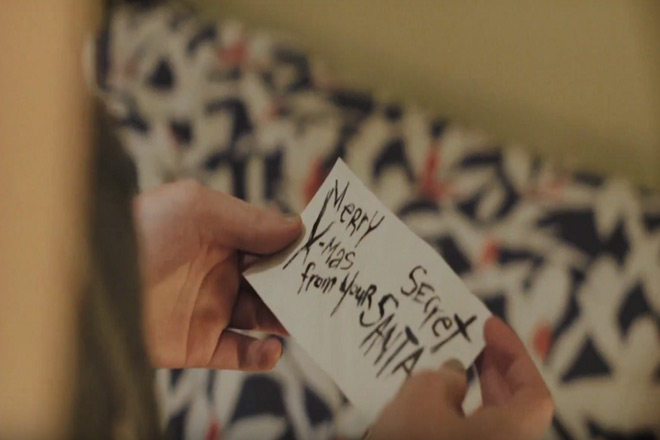 Available on DVD and Digital HD as of December 13, 2016, Secret Santa marks the first full-length feature for Writer/Director Mike McMurran, whose past work included the short films Demon Bitch (2013) and Beneath (2012). After gathering a cast of actors and a small crew together, McMurran got the chance to tell the tale of a madman on the loose terrorizing a group of college kids celebrating the holiday season.

With a strong sense of how things work in the business of movie-making, McMurran does a great job putting together his feature, but what should have been a Horror film leans more towards the territory of farcicality. While that very well may be the intention here, the farther the film gets into its second and third acts, the more and more disappointing it becomes. The very beginning is strong. It is slightly goofy as it introduces a few characters; giving off clues as to what is in-store as the running-time ticks away the minutes. Unfortunately, though, there is no pay-off.

On the plus side of things, Secret Santa does contain some strong performances from each actor. This is particularly the case for Annette Wozniak (Bite 2015) who stars as Nicole, a college girl making extra money sexually playing with herself over the internet for paying e-customers. The problem is, her boyfriend, Bryan (Brent Baird: Stink 2013, Canswer 2015) has not a clue of her hit web-cam series. Both Wozniak and Baird prove to be very capable of taking on a movie role, putting forth dedication and precision to exact a great performance, no matter the subject. Baird does so with his character Bryan, who is also hiding a tiny secret which he would rather not let any of his college friends, nor his girlfriend, find out. 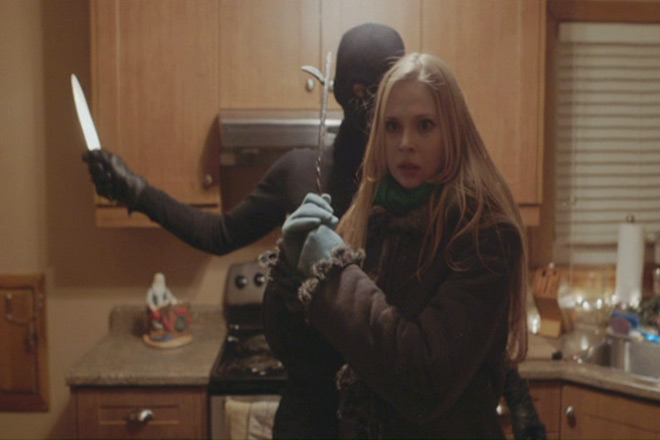 While the performances of the actors are great (being the strongest asset of Secret Santa), the film unfortunately falls flat when it comes to building suspense. Again, this may be intentional, but the picture on the DVD cover, along with the synopsis of the film, may mislead the viewer on what truly occurs within the movie.

There are some highlights, though, such as the crazy antics of Dwayne (newcomer Geoff Almond), who sniffs cocaine before heading to class and falls quickly asleep after heavily crashing. Almond is a great actor who could possibly follow along the lines of Actor Jim Carrey, in that, not only can he act, but he also contains some wonderfully genuine facial expressions, and his line-delivery is spot-on perfect. As a director, McMurran shows he is aware of Almond’s gift, but showcases this with overlong, overly drawn-out sequences that will cause the viewer to be unsure as to what kind of movie is actually being seen. Is Secret Santa Horror ?—or is it just a zany Comedy?

Another highlight is the actual point in the movie when everyone begins exchanging gifts. This scene is quite funny, and clever, per sé, because of what gifts are actually being given. Overall, the mixture of oddly-placed Comedy and somewhat Horror just does not work, but an opinion like that may not ring true for anyone else watching Secret Santa for the first time. There are some cool practical effects, though, and scenes loaded with bloody-gore, but the ending is weak, and the reveal is an absolute disappointment (and a head-scratcher, at that). 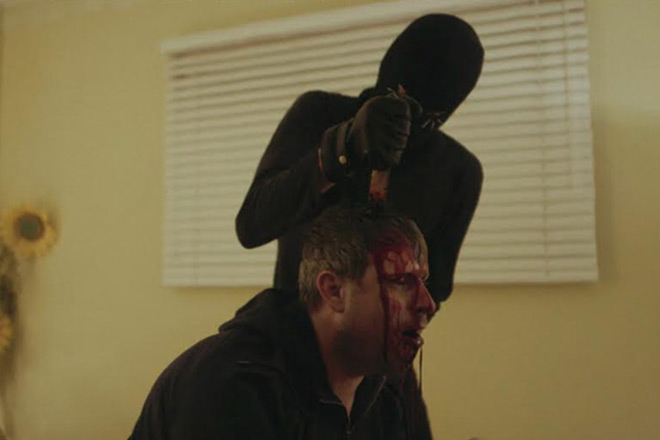 Secret Santa is not all that bad because what went into the film was pure heart, and without the dedication from everyone involved, a movie like this would not exist. Its existence, however, it may appeal more to fans into Comedy/Thriller hybridizations; and being that Secret Santa is available on DVD and VOD, any moviegoer in the Christmas spirit can experience the film firsthand.

For an interesting take on Horror, for a great cast of actors, and for the sheer competence of Writer/Director McMurran’s work, CrypticRock rates Secret Santa 2.5 out of 5 Christmasy stars. 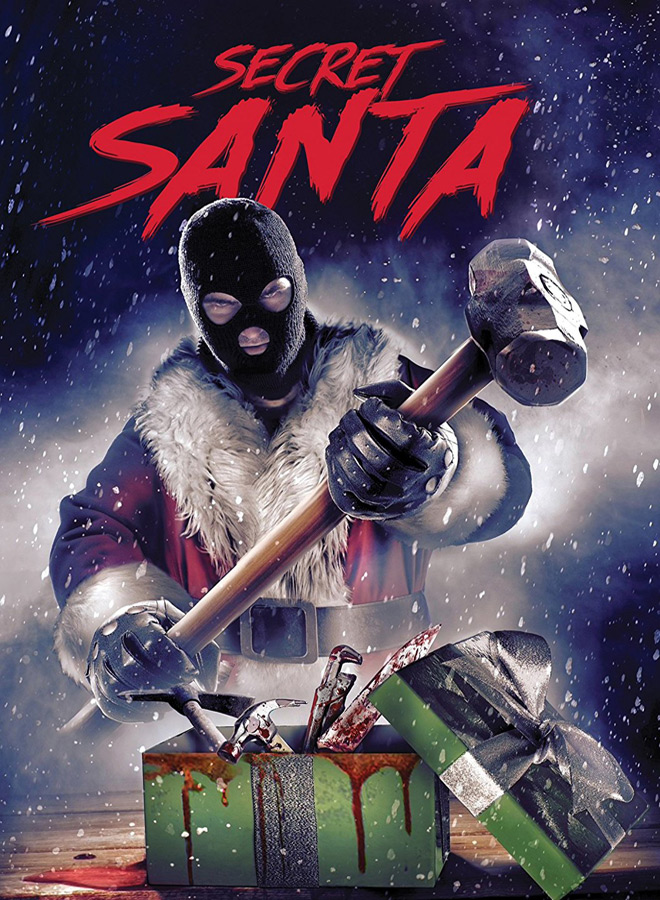