In Gregory Dark’s 2006 Horror Thriller See No Evil, Jacob Goodnight, otherwise known as the Finger of God Serial Killer/Kane, is let loose in the Blackwell Hotel, and kills a lot of people, in the name of God. His mother is a religious nutcase who regularly kept Jacob (Glenn Jacobs: WWE Smackdown) locked in a cage, and tortured him during religious ceremonies. Subsequently, Jacob was turned into a psychopathic twisted killer, hell bent on purging his sins. Intriguing Horror fans, the film’s open ending left room for a sequel and now eight years later See No Evil 2 is unleashed.  Starring a number of Horror movie veterans, the films is written by Nathan Brookes (Our Beautiful Mountain 2010), and Bobby Lee Darby (Lockdown 2015), and directed by the Soska Sisters, Jen & Sylvia (American Mary 2012, ABCs of Death 2 2014), the film will be released on Blu-ray via Lions Gate and WWE Studios October 21st. 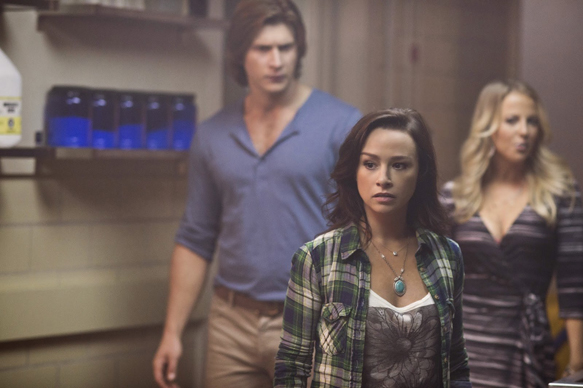 Picking up where the last movie finished, Jacob has been pronounced dead by paramedics and is taken to the City Morgue along with his many victims, which includes his mother (Nancy Bell). Amy (Danielle Harris: Halloween 4: The Return of Michael Myers 1988, Halloween 2009) is nearing the end of her late shift with her work mates Seth (Kaj-Erik Eriksen: The Commish 1991, 88 Minutes 2007), and wheelchair bound Holden (Michael Eklund: The Divide 2011, Watchmen 2009). In two hours it is Amy’s birthday, and she had planned to go out drinking with her friends, but volunteers to work late to help Seth manage the overload of incoming bodies.

To thank her, Holden arranges for her friends to have a birthday party at the morgue. Amy is surprised by Kayla (Chelan Simmons: Good Luck Chuck 2007, Tucker and Dale Vs Evil 2010), Tamera (Katharine Isabelle: Ginger Snaps 2000, American Mary 2012), Tamera’s boyfriend Carter (Lee Majdoub: Underworld: Awakening 2012, Mimespeak 2010), and Amy’s brother Will (Greyston Holt: Fakers 2010, Slap Shot 3: The Junior League 2008). Will senses Seth’s attraction to Amy and, being an overprotective brother, tries to stop him from asking her out. Seth returns to working on preparing the bodies for burial or autopsy while the birthday party continues without him. 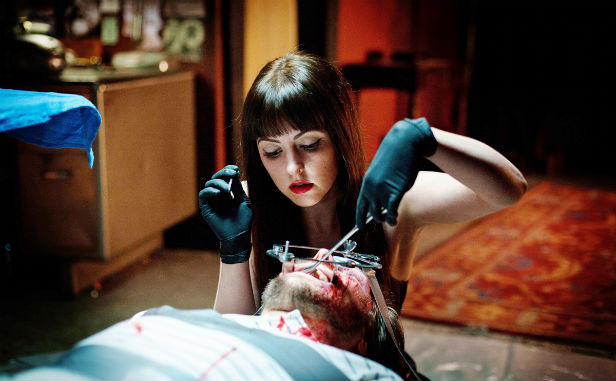 Tamara is morbidly fascinated with serial killers and Jacob in particular. She convinces Carter to go to the room where Jacob’s body is to fool around. After a tiff, Amy walks away to cool off, and Will and Kayla hit it off and start making out.  While Tamara and Carter are having sex, Jacob’s body disappears, the couple panicking, they start looking around for him. They find much more than they were looking for, when Jacob returns from the dead to finish what he started.  The friends are all picked off one by one, with Jacob leaving a trail of blood behind him. Will anyone that started off alive, survive, or will Amy have the worst birthday ever?

See No Evil 2 bares a few similarities with the Friday the 13th Series, in particular the relationship between Jacob and his dead mother and his supernatural rises from the dead. This is a good adaptation of a Slasher movie, ticking all the boxes and keeping the audience entertained. A solid story brings a new Slasher series to the Horror genre. See No Evil 2 is worth a watch.  CrypticRock gives this movie 3 out of 5 stars. 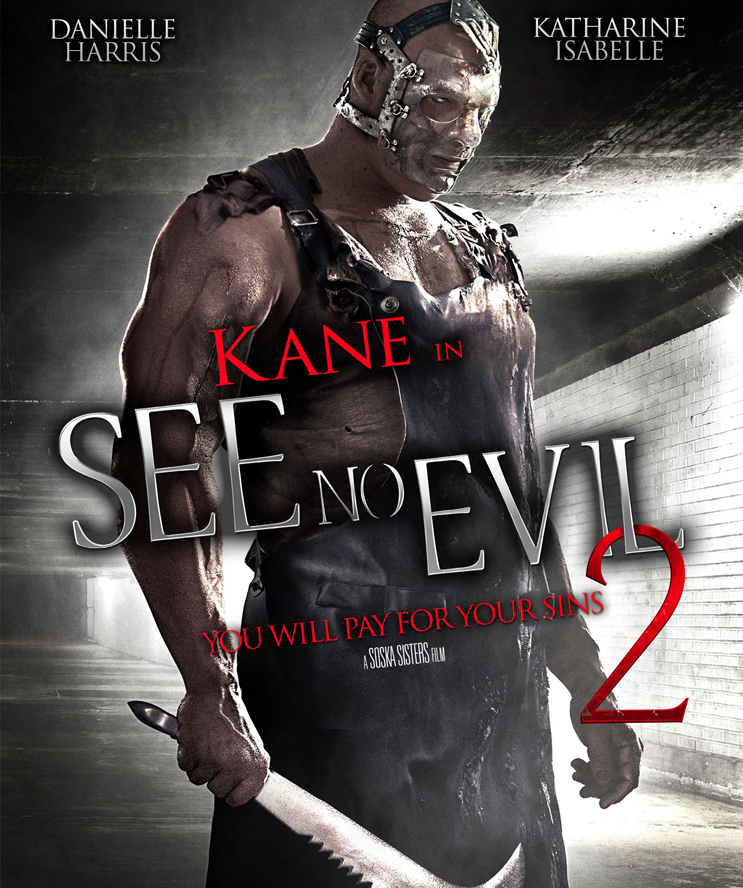 Pre-order See No Evil 2 on Blu-ray on Amazon