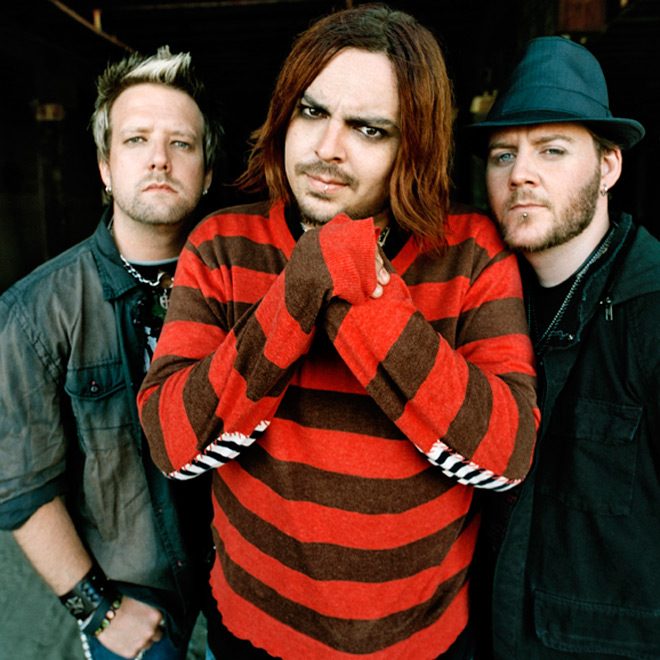 Ten years ago, South Africa’s Seether was in quite a dark place. They were angry and bitter, but they harnessed those feelings into their music as they prepared to release their album Finding Beauty in Negative Spaces on October 23, 2007 worldwide.

Justifiably full of angst, Lead Vocalist/Guitarist/Lyricist Shaun Morgan checked himself into rehab in 2006, the band parted ways with Guitarist Patrick Callahan, his personal relationships were frayed, and weeks prior to the release of Finding Beauty in Negative Spaces, he lost his brother Eugene ‘June Ra’ Alain Welgemoed to suicide. Times were tough indeed, but with the support of bandmates Dale Stewart (bass/backing vocals) and John Humphrey (drums), together they rose above it all to find the beauty they were looking for in all the negative spaces.

Before going any further to look back at Finding Beauty in Negative Spaces, one should recount where Seether was at the time in the eyes of the Rock world. First, after a few years working hard under the name Saron Gas, in 2002 they broke into the mainstream scene with their debut album Disclaimer. Thanks to three successful singles, the album picked up steam, resulting in a 2004 release under the title Disclaimer II. Then, their proper sophomore album, Karma and Effect, in 2005 would launch them into a new ranking, going gold, awaking all to Seether’s existence. Needless to say the stakes were high with the pending release of Finding Beauty in Negative Spaces. Seether could have either sizzled out like many bands that came before or upped the ante, pushed the envelope, and take their sound to the next level. They chose the latter.

With so much going on at the time for the band personally, Finding Beauty in Negative Spaces’ release was already complete and ready to go, so no delay in release would occur. In a much less social network world at the time, some knew what happened to Morgan’s brother, but others only learned when opening the CD to see a beautiful image of Eugene on the flipside of the booklet, dedicating the record to him. Somewhat prophetic and tragic, the album opens with “Like Suicide,” a song which must have seemed all the more poignant. As mentioned, the album was completed by the time Morgan’s brother committed suicide, but this song bares all the emotion one would need to grieve over the pain of losing someone you love. Although the lyrics focus on a female victim, the despair and grief combined with violent anger is very evident throughout the song as Morgan screams and cries out between the heavy riffs.

Taking a team breath after the imposing opening, it was on to the album’s lead single, and perhaps one of their biggest hits ever, “Fake It.” A more tongue-in-cheek poke at superficial and phony people, the song’s music video was on almost continuous play on the Rock/Metal TV stations Kerrang! and Scuzz in the UK as well as MTV internationally. Providing a visual to the catchy words, the cleverly mocking video was a criticism of the shallowness of the business, advising you to not believe everything you see, with airbrushed models, fake scenery, and plenty of green screen as well as CGI.

Next would come another highly emotional song in the form of “Breakdown.” Picked as the album’s third single, rumours swirled it was about the ending of Morgan’s relationship with Amy Lee, but again, do not believe everything you hear. That said, “Breakdown” would break the top 5 in US Billboard Rock charts thanks to its moody intensity and honesty with an undercurrent of determination to survive.

At this point in the album, fans could easily hear something was different about Seether. They were more dynamic than ever and the progressive build up of the music was an overbearing presence that no one would deny. Also present was the sheer honesty that made the music that much more effective. Such was the case with  “FMLYHM.” Abbreviated from full title of “Fuck Me Like You Hate Me,” it is a brutal song full of passion and sexuality. That said, it is certainly not a pretty love ballad, but it excites in unexpected ways. From here, Seether took another dig at the shallowness of the celebrity lifestyle with “Fallen.” Another broody cut, it is a dark look at the desperation to look perfect and the focus on the looks over the mind, siding with the real people not the fake, and rejecting the latest fashions in favour of dignity.

Driven by positivity and declaring a conviction, second single “Rise Above This” is a song about facing the challenges life delivers. Again, written before Eugene’s passing, the lyrical content focuses on Morgan’s depression, but these feelings of despair could universally connect with anyone going through a hard time. From a lost love to addiction, it is an anthem for the lost and lonely that continues to resonate to this day. Furthermore, the music video matched the intensity of the song, depicting a family all falling at once when another takes their own life, driving the message home that suicide is not the answer at all.

Speaking of being a songwriter who never pulls punches, “No Jesus Christ” is a track that was included in many Seether live sets and attacks those who try to dictate to others how to behave. Furthermore, Morgan has somewhat hinted that the song may or may not be about a certain ex-girlfriend who released a song entitled “Call Me When You’re Sober” allegedly about him a year prior to Finding Beauty in Negative Spaces. You be the judge. Additionally, Morgan muses on the mistakes in his life and how things go wrong on “Six Gun Quota.” In many ways, it is the self-help guide to getting your life in order, in a song format.

All this said, the true power of Finding Beauty in Negative Spaces lays in the backend of the album. Where many albums let down toward the end, there is something about this album that gets better and better as you get deeper in – tracks like the internal battling “Walk Away from the Sun,” the introspective, self-depreciating “Eyes of the Devil,” and the moody, bleak sounding “Don’t Believe.” At last, “Waste” is a desolate and broken offering to bookend the therapeutic album. Heartfelt and etched with tragedy and despair, but seeking a way out, to a better future, it gives new hope. A fitting conclusion, its cathartic lyrics enable the listener to move on from whatever troubles them to a brighter tomorrow.

When it was all said and done, Finding Beauty in Negative Spaces features 3 top 10 singles, it peaked at number 9 on US Billboard 200, is certified gold in several territories, and most of all, earned Seether first South African Music Award in the category “Best Rock: English.” Since its release, Seether has gone on to sustain success with 3 subsequent top-charted records, including 2017’s Poison the Parish.

Reflecting on Finding Beauty in Negative Spaces, in a 2015 interview with CrypticRock, Morgan said, “I think diversity is important on any album. The last thing I want to do is twelve tracks that sound exactly the fucking same, because that’s not what we do. I think we definitely started experimenting a little more and we started writing more interesting stuff on that album. I think since then, it sort of feels right.” With such a statement, one could say the album was a turning point in the band’s career. The album focuses on looking at the negatives in life, but seeing the good to be found, and not letting those troubles bury you, just as art lovers find the beauty in the blank spaces within paintings.

With their feet planted firmly in the Hard Rock genre, Seether have used Finding Beauty In Negative Spaces as a springboard and it remains one of the most commercial anti-commercial albums to date. For those struggling with their own inner demons, the songs here offer empathy and solace. Morgan does the screaming for you, so you can focus on the battle ahead. That in mind, while the songs themselves are catchy, enjoyable, rich in style, and powerful, Finding Beauty In Negative Spaces is simply therapy for the soul, even after 10 long years. 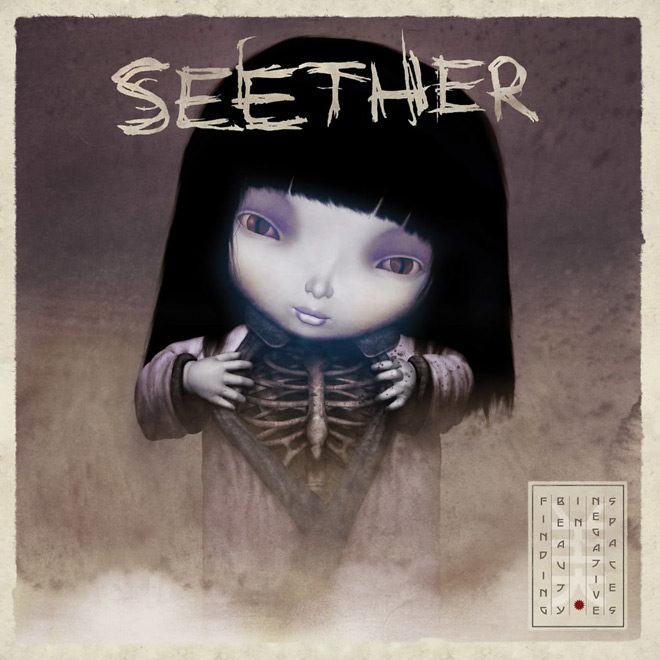