When thinking of Horror films from the 1970s, most turn to 1973’s The Exorcist, 1974’s The Texas Chainsaw Massacre, 1976’s The Omen, and 1978’s Halloween. All classic pieces of Horror cinema, perhaps one of the most overlooked films of the era was 1977’s The Sentinel. Based on the 1974 novel of the same name, written by Jeffrey Konvitz, The Sentinel was a film that combined an eerie atmosphere with an effective story that still holds up four decades later. 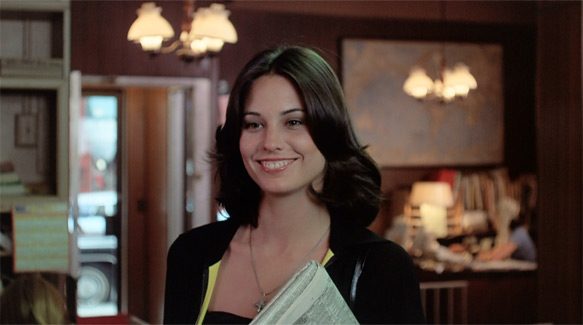 Filmed on location at various sites in New York City, The Sentinel was made on an estimated budget of $3,700,000. A standard budget for a film at the time, the project was taken on by English Filmmaker Michael Winner, who had success with Action hits such as 1974’s Death Wish. A step away from the more in-depth films Winner made earlier in his career, he respectfully chose to dive into more mainstream cinema. That in mind, his taking on of The Sentinel offered the director a perfect balance of action and a well-written story to work with, uniting his various talents.

A director who expected the best from his team, Winner had a knack for attracting compelling actors/actresses to his projects, and The Sentinel was no different. A film with a cast that consisted of established, as well as up-and-coming actors/actresses, in hindsight, one can watch The Sentinel and rattle off one recognized name after another, scene after scene.

Premiering in New York City on January 8th of 1977, the story of The Sentinel revolves around a supermodel by the name of Alison Parker. Having a checkered past, including strained relationships with her father and an attempted suicide, Alison has some deep, dark secrets that plague her inner psyche. Alison, appearing healthy and heading on the right path toward success, is involved with a powerful New York City lawyer by the name of Michael Lerman. Michael, very in love with Alison, constantly tries to persuade her to move in with him and get married. Reluctant to do so, but still in love with Michael, Alison seeks independence and sets out to find an apartment of her own. Doing so, she comes across a deal too good to pass up when Miss Logan shows her a beautiful unit located within a five story brownstone in Brooklyn Heights on the East River overlooking Manhattan. 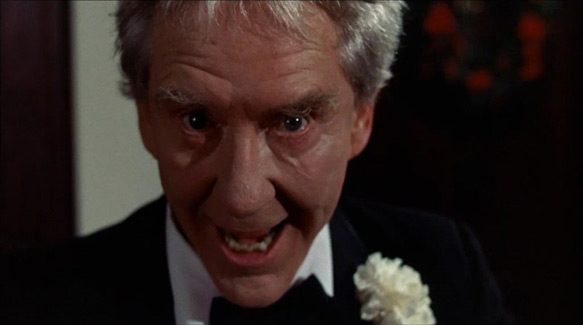 Excited for the fresh start, Alison soon finds not everything is as perfect as it seems within this building. First she meets a seemingly harmless, yet obscure neighbor named Charles Chazen along with his bird Mortimer and cat Jezebel. There is an uncomfortable feeling in the air which grows as she encounters the other neighbors in the complex. Confused and fearful, she begins to have nightmares and stars to hear haunting noises in the night. The biggest unknown amidst it all is Father Francis Matthew Halliran, who lives all the way on the fifth floor, sitting in a chair looking out over the city, even though he is blind. Will Alice succumb to the evil lurking around her, or will she triumph above it all to reach her true destiny?

The Sentinel is much like other Horror films made in the ’70s era, filled with deep colors/textures, vista-like film locations, and plenty of dialogue amidst the runtime. While some critics at the time panned the film similar to 1968’s Rosemary’s Baby, they also stated it took elements of others including The Exorcist and The Omen.

An unfair assessment discounting the film, The Sentinel stands on its own with quite a well-written story filled with mystery and haunting imagery. Above all, it does exactly what a Horror film is suppose to, create a sense of uneasiness and duress. Many aspects play into this, including the real life locations handpicked, opposed to shooting stricting on film sets.

The brownstone location had a life of its own throughout the entire film. In fact, it could be argued The Sentinel would not have been nearly as effective if the film had not been shot at the location. Interestingly enough, the building was fully occupied at the time the film was being made. As a result, the building owner and tenants were all paid generously to relocate for an estimated twenty hours a week while the cast and crew shot scenes.

To save time, many of the nighttime scenes inside the building were actually shot during daytime hours with tint covering the massive windows in the apartments while twinkle lights draped on the exterior trees to make it look like city lights in the distance. Raines has stated there were also a lot of strange occurances while filming on location, including the discovering that the apartment she was assigned as her dressing room was actually rented by a priest in real life. 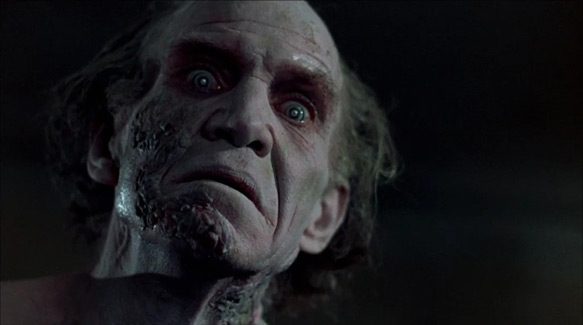 Other aspects helping The Sentinel was the film’s pace. While there is a lot of dialogue, the dialogue is very eloquent, and imperative to the storyline.The many character interactions are compelling, not boring, and the moments of terror amidst it all make for a winning combination. This in mind, some of the most terrifying moments captured on film were Alison’s flashback of walks in on her father with two other women, the climatic scene where Alison is surrounded by all the demons held at bay inside the brownstone, and her nightmarish re-encounter with her deceased father in the brownstone building years later; a scene which was named #46 on Bravo’s 100 Scariest Movie Moments in 2004.

Looking further into the scenes with deformed demons pouring out from the gates of hell to terrorize Alison, the individuals hired were in fact real circus freaks with deformities, making it that much more difficult to watch. Human nature for others to stare, when it came time to shoot this part of the film, the crew actually decided to separate the regular cast from the hired circus freaks off camera to prevent distraction. In the end, it all worked out and made for quite an unsettled mix of disturbing imagery and tension building complements of a heartstopping soundtrack from Golden Globe-nominee Composer Gil Mellé. 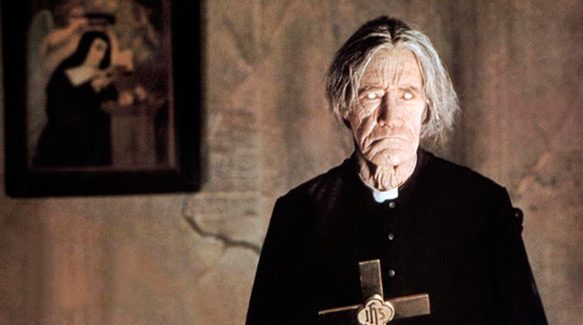 Overall, The Sentinel is one of those Horror films that rarely receives the credit it deserves. Thankfully, there are some who recognize the film for its brilliance, including Saw 2-4 Director Darren Lynn Bousman, who told CrypticRock, “I love everything about The Sentinel. I love how they used real people with these looks. It is something I try and revisit each year. It is by far one of my favorite films.” A film that saw many young actors/actresses blossom into massive careers and honor other prolific Hollywood veterans, The Sentinel is a perfect Psychological Horror film that is still relevant forty years since initially breaking into theaters 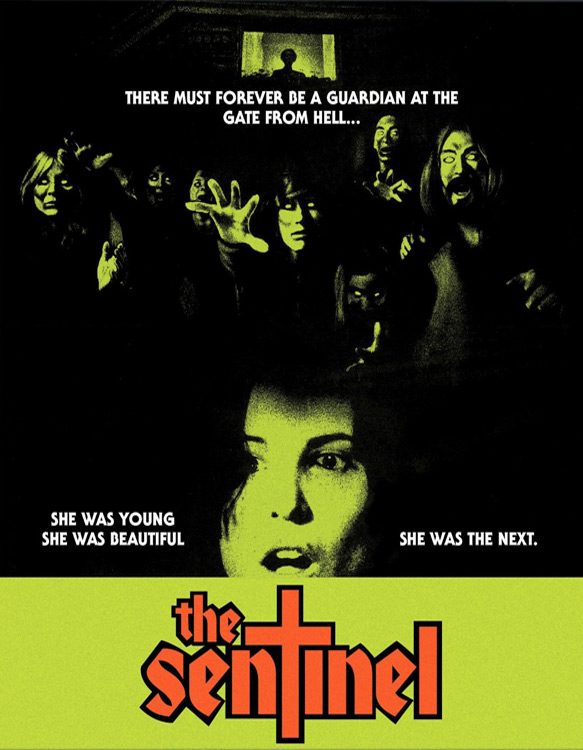