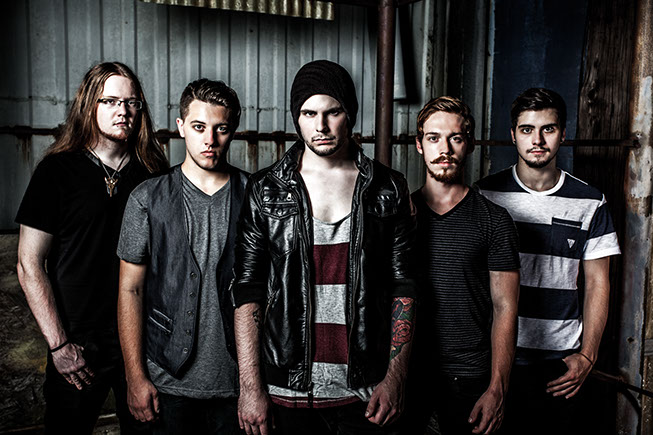 Atlanta Georgia quintet, Separations, came together to bring about a new taste to the music scene’s palate, combining traditional instrumentation with electronic elements and metalcore stylings. The band consists of Will Crafton (vocals), Myles Priest (guitar), Tyler Whitfield (guitar), Brenden Worthington (bass) and Thomas Pinson (drums). For their debut album, the band worked with producer James Paul Wisner, who has also worked with such artists as Dashboard Confessional, Hands Like Houses, and Underoath. The guys released their debut album, Dream Eater, on October 2, 2015 via Imagen Records. So, what happens when you bring an accredited producer and five guys from Atlanta together? Dream Eater happens.

The “Intro” is ominous and haunting as a it begins with an almost gothic tinkling of piano before rolling directly into “Dream Eater,” the title track. This song has a beautiful instrumental underneath guttural vocals. The percussion, guitar, and synth blend into one swirling wave with depth and certain lightness. The clean vocals in the bridge and chorus were a good choice to offset the kind of primalness in the rest of the song. “Promises” leads in, very percussion and bass heavy, and shreds right into the body of the song with Crafton’s gutturals which we see offset again against cleans in the chorus. The accented stringwork three-fourths of the way in is a nice break in the song, but the heavy drums backing it seem to mute its impact.

As “King of Woe” establishes, Separations knows how to compose working melodies and balance out gutturals and cleans. The difference in this song is the lyrical viciousness in this track, wherein the lyrics condemn and abash chivalry and speak to uprise, while the chorus sings of hope and desire to rise from the turmoil. “Forever” is different in that it flips the pre-established pattern of gutturals and then cleans by beginning and being majority clean vocals. It has a more “mainstream” feel to it that, with the exception of its moments of explicitness, it would make a great radio single. The string work in this song is well-crafted and it’s apparent that Priest and Whitfield work well together in their dueling strings.

‘Upper Hand” feels a bit disjointed and seems to borrow from pop punk influences with Crafton’s vocals even seeming to unintentionally wander into Deryck Whibley territory. While a slower paced tune with a more somber core that some of its predecessors, “Upper Hand” also seems more rife with effects and synth that makes it an unusual addition to this album, or perhaps just a bit overproduced. The next track, “Yours Alone,” touches on the same kind of soul as “Forever,” with a good of cleans to deliver the emotion of the song. This track is one of the more blatantly uplifting and inspiring with Crafton imploring the subject of the song to see themselves in a better light and knowing when to accept help or support. It feels like the choice between life or death, one person talking another off a ledge- be it literal or metaphorical. It is beautiful and semi-heartbreaking in its desperation and conflict.

“The Starving” touches on those pop punk influences again with the drive of its drums and bounciness. The song tells a story of wanting another person, the battle and inner turmoil of desire. Crafton laments,“Can you satisfy the hunger/ Building up inside of me./ Can’t you see I’m starving, starving for you.” A need to be fulfilled and completed runs through this track. “Revolution” is a heroic sounding track with heavy bass and drum contributions via Worthington and Pinson that lend an almost tribal sound to the soul of the song. The track itself speaks to the uncertainty of life and the need to get your shit together to live life in this world. “Lights Out” is a faster paced has an almost danceable quality with the rhythmic drum work and ignited stringwork with a synthesized effect on the vocals. It’s upbeat and infectious.

“Replace Me” closes out the album with a sense of closure as Crafton sings,” You could replace me/ it wouldn’t phase me./I can move on now/ With or without you.” The song is putting the final nail in the coffin, closing the book if you will on this tumultuous relationship or experience that the album has taken us through. The final two minutes of “Outro” move from soft sounds of a fading storm and rainfall into a soft instrumental before transitioning into a grander, more evocative progression.

Dream Eater, when listened front-to-back is telling a story of battling the obstacles that people and relationships encounter daily. The struggle to rise above negativity, the battle to overcome your shortcomings, acknowledging those that support you, learning to live with who you have become, and finally, knowing when to acknowledge the end of one thing to move on to the next. Although it does occasionally suffer from moments of over-complication where simplicity would have been more organic and emotionally effective, it is still well arranged and fairly concise. CrypticRock gives Dream Eater 3.5 out of 5 stars. 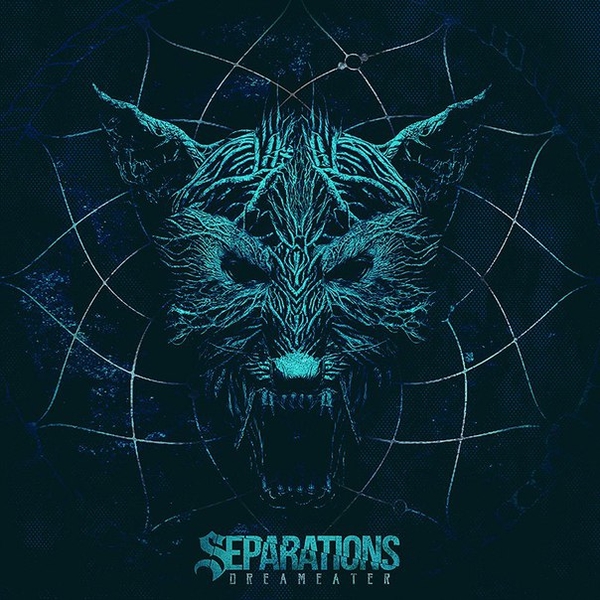