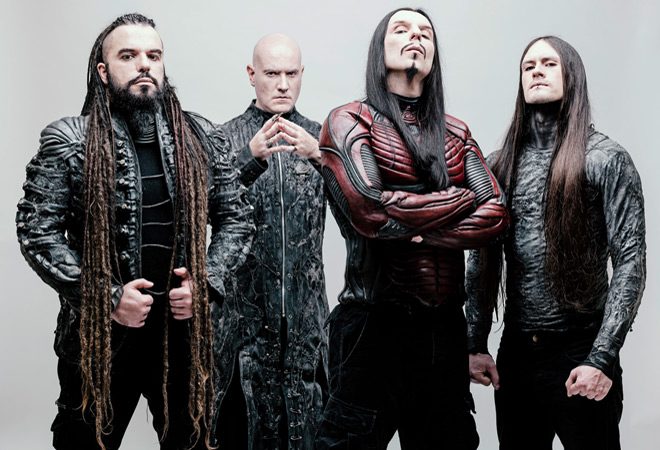 The art of Extreme Metal music, it can be tough or easy to digest, depending on the context. That said, those of the Death Metal persuasion can be found in unlikely places all over the world. Take for example Greece’s Septicflesh, one of the country’s most popular Metal acts ever alongside Rotting Christ. The definition of excellence when it comes to Extreme Metal, after nearing twenty-five years of existence, they return in 2017 with their tenth overall studio album, Codex Omega, through Prosthetic Records Friday, September 1st.

Currently comprised of Sotiris Vayenas on rhythm guitar/clean vocals/ keyboards, Spiros “Seth Siro Anton” Antoniou is on bass/unclean vocals, while Christos Antoniou plays lead guitar, dabbles in the orchestrations, and samples, meanwhile, for the past three years, Kerim “Krimh” Lechner has been wailing on percussions. They come together to bring a just follow-up to 2014’s positively received Titan. Once again teaming up with former Machine Head Guitarist and accomplished Metal Producer Logan Mader for the second consecutive studio session, Codex Omega comes with a ton of promise.

What makes Septicflesh stand out from other bands of the time and genre? Well, most of the specifics are actually visual in nature from their menacing presence to their custom “space invader Death Metal battle garb” to their mind bending album cover imagery. That said, what they accomplish on the one’s and two’s is also a special treat in all its melodic and symphonic Death stigmata. There is no doubt a similarity in style to that of Norway’s Dimmu Borgir, but Septicflesh carry on their own journey and Codex Omega tends to stay in the Death zone more than straying to a primarily symphonic element, although both play a fair game as a whole.

The first track of thirteen is called “Dante’s Inferno,” an introduction which musically sparks visual imagery of an alien dominated world take over in a desert setting after a dark battle stirred broken shrapnel into the scene of the crime. The heavy unclean vocals of Seth Siro Anton and the internal struggles characterized in the drumming weed out the men from the boys on “3rd Testament (Codex Omega).”

This successfully transitions into “Portrait Of A Headless Man,” which brings in a duel of clean vocals as well as layers of villainous harsh vocals. Mixing it all with low guitar and bass, it swims through the key tones that exemplify an alien apocalyptic take over scene, that when strategically imagined, provides listeners with seriously complex futuristic and technical imagery. This quickly fades to dust with the aftermath of “Martyr” only to begin the intensity again in a heavy march like riff and percussive persuasion. Continuing into a borderline industrial mini-anthem, it later falls in and out of its symphonic undertones and deadly vocal chants.

One of the strongest tunes, with the crafty drumming and symphonic melodies of empowerment, “Dark Art” is forced to compete with more death brutality and alternating clean to rough vocals heard on “Our Church, Below The Sea.” Then, the simplicity of the dark, bold beginning heard on “Faceless Queen” is a strong point that carries on in a modern yet somewhat old school Death Metal tone. This is all while only dabbling in the symphonic realm, making for a solid and intelligently gifted tune that for a moment even has a new found charm about it. Finally, “Trinity” concludes the first part of Codex Omega, dynamically fluctuating between the cultural serenity and the dark matter at hand.

The three bonus tracks are basically re-executions of different songs in other worldly combinations while featuring the orchestrations of a Prague orchestra to cross over to the dark side of the symphonic. If Star Wars met Fantasia in the house of Bedknobs And Broomsticks after a Death Metal, you would have the bonus portion of Codex Omega.

A North American tour is long overdue for Septicflesh and they would do well to honor one in support of Codex Omega. Although the orchestrations would be tough to emulate in a live setting, this is one band that can get away with the heavy use of backing tracks as the talent shines through regardless. All in all, Codex Omega is a truly strong body of work and a ripe, fleshy addition to Septicflesh’s collection. For all its technical success and cerebral anomalies, CrypticRock gives this new album 4 out of 5 stars. 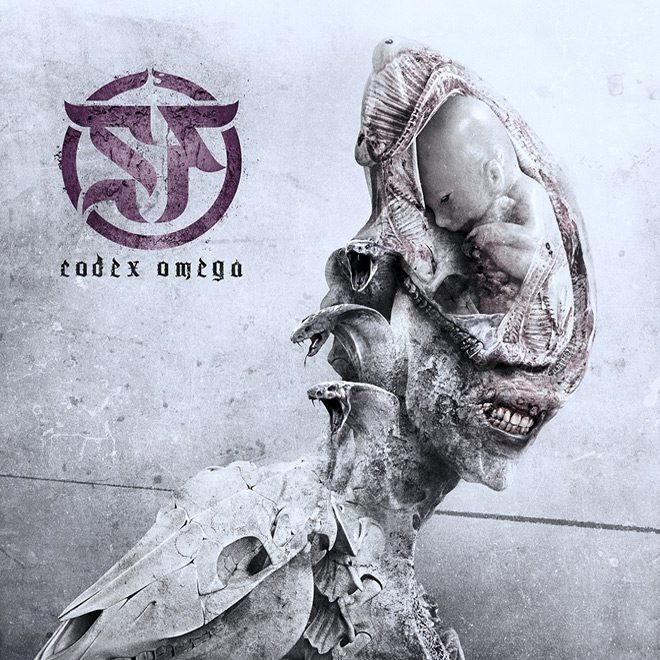