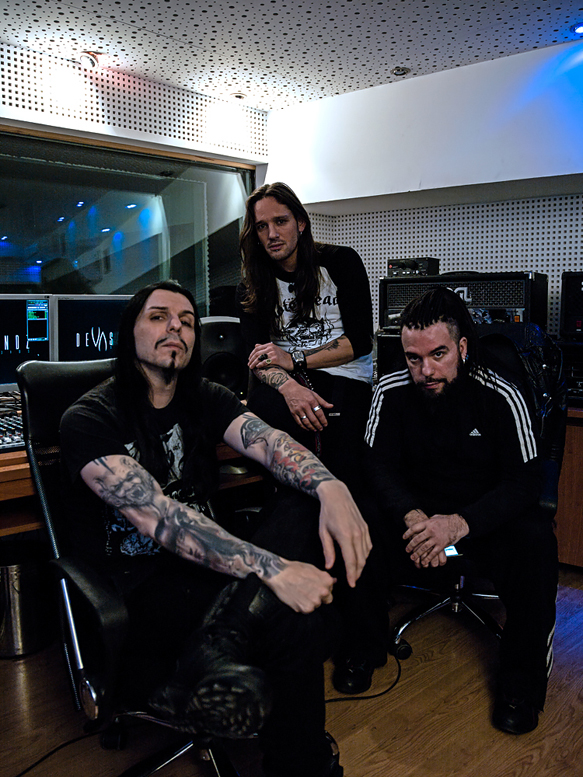 Still riding high from the success of their critically acclaimed 2011 album “The Great Mass,” Hellenic metallers SEPTICFLESH have finished recording their new, as-yet-untitled full-length, tentatively scheduled for a summer release. The new album will consist of 10 songs that were recorded once again at Devasoundz Studios in Athens, Greece and in the Czech Republic with the collaboration of the Prague Philharmonic Orchestra and Choir. From there, the album was mixed and mastered in Los Angeles by acclaimed producer Logan Mader (Gojira, Fear Factory, Cavalera Conspiracy).

Says the band, “We are really exhausted from the work on this record, but also very proud of the results. We worked hard with Logan to bring you the ultimate death metal soundtrack for your darkest dreams. The compositions are progressive with a lot of emotional peaks, while at the same time the songs sound very aggressive and powerful. We also had the chance to work for the first time with a full children’s choir besides the regular adult choir, and that helped us dive deeper into darker cinematic atmospheres. We have achieved a new level of extreme emotions.”

SEPTICFLESH has earned extensive international praise for their eight albums to date, as well as their performances on tour alongside the likes of Cradle of Filth, Amon Amarth, Gorgoroth, Satyricon and Children of Bodom. The group, who recently headlined the “Conquerers of the World” North American tour, is currently taking part in the 70000 Tons of Metal Cruise. More information on their new album will be revealed in the coming weeks.