A Series of Unfortunate Events (Season One Review)

January 23, 2017 A Series of Unfortunate Events (Season One Review)

The word unfortunate is defined as unfavorable, inauspicious, lamentable, and sad. What guarantees to be a series of unfortunate events, fortunately becomes a seriously fabulous experience that is certain to be enjoyed by one and all. The new Netflix Original television series, A Series of Unfortunate Events, was released on Netflix January, 13, 2017 via Paramount Television and Sonnenfeld Productions Inc. 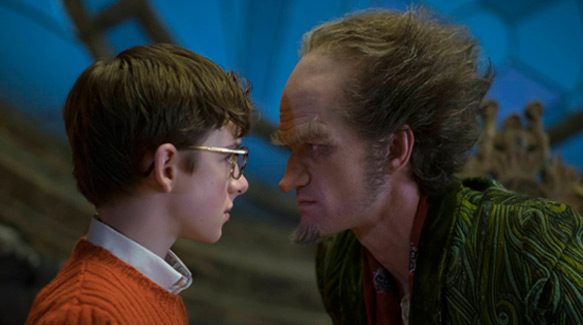 A series developed by Barry Sonnenfeld (The Addams Family 1991, Men in Black Trilogy) and Mark Hudis (That 70’s Show series, Nurse Jackie series), but based on the book series sharing the same name, which was written by Daniel Handler, but whom most know him by his pen-name, Lemony Snicket. Handler also actively worked with Nick Urata (Ruby Sparks 2016, Paddington 2014) to develop a film score that played a crucial role in the storytelling, in addition to being one of many executive producers for the show. Let it be known that this series, in no way, takes anything away from the original 2004 live action film starring Jim Carrey, but instead allows the viewers to delve deeper into the mysteries and misfortunes surrounding the Baudelaire children. 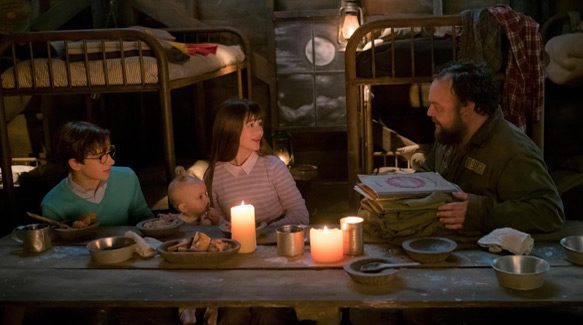 The story begins with Lemony Snicket (Warburton) unremittingly cautioning viewers to “look away,” as they would be much better off somewhere else, if they are at all interested in stories with happy endings, asserting that, “Not only is there no happy ending, but there is no happy beginning, and very few happy things in the middle.” Snicket then goes on to tell the tormenting tale of the Baudelaire children who tragically lose their parents in a suspicious fire that also destroyed their home, and now must endure being raised by a bombardment of seemingly unsuitable legal guardians, arranged by their badly informed and imperceptive lawyer, Mr. Poe (Freeman). The special and gifted children; Violet (Weissman) age 14, Klaus (Hynes) age 12, and the infant Sunny (Smith), are first carted off to live with their frightening and unfamiliar relative, Count Olaf (Harris), who is only out to obtain their fortune and rid himself of the burdensome Baudelaires.

Harris brilliantly brings this character to life, perfectly portraying Olaf as a greedy, cruel, and contemptuous narcissist that is not only constantly contradicting himself, but is also incredibly arrogant, dramatic, and delusional; erroneously proclaiming to be a “famous actor” throughout the show, and yet continuously goes unrecognized. What Olaf severely lacks in compassion and sensitivity, he more than makes up for with sarcasm and wit; being the guy you love to hate, but also the guy you hate to love. 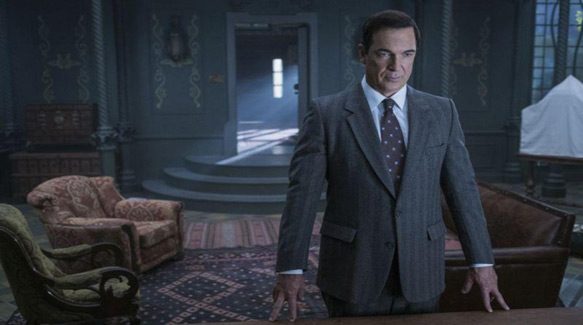 Teamed with his preposterous theatre troupe comprised of a motley crew of miscreant minions, Olaf concocts one convoluted scheme after another; which is always foiled by the resourceful Baudelaire children that rise to the occasion time and time again to overcome that which they thought was impossible. In their efforts to prevent Olaf from stealing their fortune, they also uncover various clues along the way that not only reveal a much bigger mystery surrounding their parents’ deaths, but which also leaves them with many more questions than when their journey began. Each guardian provides a grand adventure for the unwaveringly optimistic children, as well as a small piece to a much bigger puzzle that they were never even aware of.

Aside from employing a truly amazing cast that does each and every one of these eccentric, cleverly-developed characters such remarkable justice, this movie also relies very heavily on creating ambiance that paints a gloomy, bleak, and somber scene. This is flawlessly done by bringing life to each adventurous location and every daring destination through dull lighting, dark color schemes, ominous music, and intimidating architecture.

A Series of Unfortunate Events also ensures to keep viewers in the dark as far as which era it takes place, never specifying any exact time period. Some scenes and costumes suggest late 19th Century or early 20th Century, but again, one is never sure because there is an equal, yet obscure, melding of elements of both the past and present. The scenery denotes a rather depressing atmosphere, while the simpler, more subtle special effects, like those utilized for theatrical Broadway performances, are neither distracting, nor do anything to draw the viewer’s attention away from the actual story, conversations, or interactions between characters. 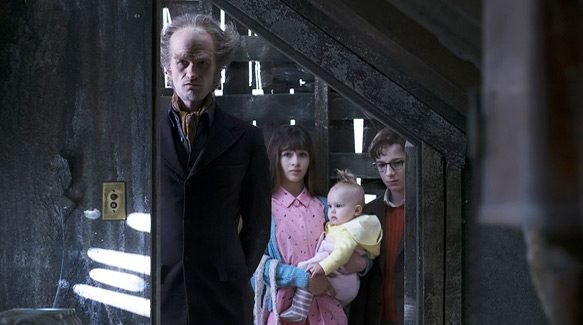 All this said, A Series of Unfortunate Events is such a beautifully written and filmed love letter to classic literature and old Hollywood. It references many hidden gems in the form of inspirational historical figures such as Henry Thoreau, Martin Luther King, and Albert Einstein. It ingeniously conceals literary authors such as T.S. Eliot, Charles Baudelaire, Edgar Allan Poe, and George Orwell. It even skillfully slips in literary characters such as Captain Ahab (Moby Dick), Stephano (Tempest), and Damocles (Sword of Damocles).

In addition to all of that, it also provides a plethora of wily placed literary elements including anagrams, allegories, alliteration, metaphors, similes, symbolism, allusions, foreshadowing, euphemisms, misnomers, valuable vocabulary, and touches on inappropriate use of literally versus figuratively. Aside for being just for kids, there are a variety of adult humor jokes that are likely to be missed by the little ones, making this series easily entertaining to all demographics. All of these combined elements make A Series of Unfortunate Events much more than just a show, it actually becomes an adventure you are immersed in from the comfort of your own home. CrypticRock gives Season One 5 out of 5 stars. 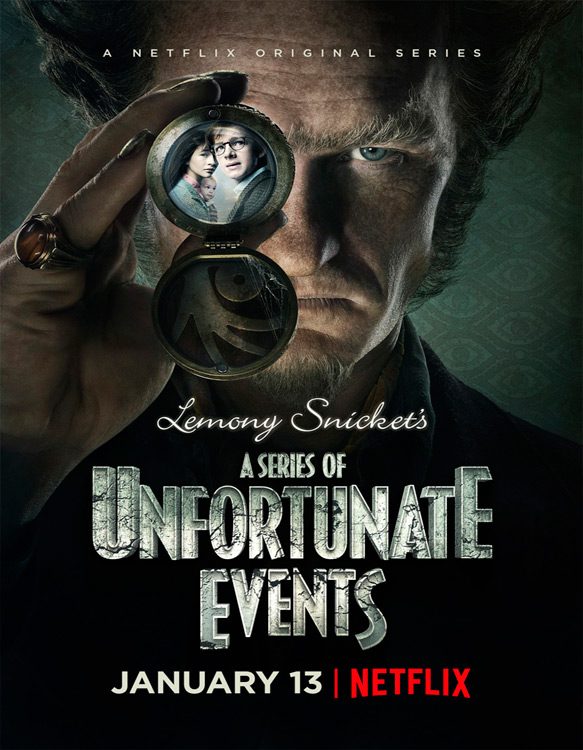 For more on A Series of Unfortunate Events visit Netflix