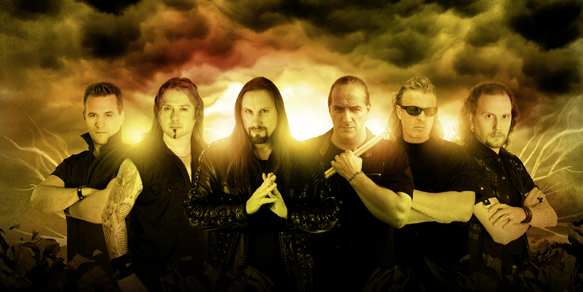 At just one year after their very first studio session, Metal super-group Serious Black released their first album, As Daylight Breaks, on January 16, 2015 (U. S. release: January 20, 2105). The band consists of guitarists Roland Grapow (Masterplan, Helloween) and Dominik Sebastian (Edenbridge), vocalist Urban breed (Bloodbound; Tad Morose), bassist Mario Lochert (Visions Of Atlantis), drummer Thomen Stauch (Blind Guardian), and keyboardist Jan Vacik (Dreamscape). These artists have over a century of collective experience in the music industry, and their knowledge and skill are apparent on their debut album. The guys, all of whom take part in the creative process and share songwriting duties, are looking forward to touring and showcasing their talents on the live stage.  In the same vein as Avantasia and MasterPlan, Serious Black is a band sure to find favor with those who love classic melodic rock.

Despite their intimidating pedigree, the band’s slogan, “six friends, one mission, one goal,” is indicative of a simple, yet effective, philosophy. Serious Black aims to make good music and to have fun doing it. Born of a long-time goal of Lochert’s (to create a super-group) and some casual conversation with Grapow, whose enthusiasm pushed Lochert into action, Serious Black finally came together after almost five months of correspondence and scheduling conflicts. When Lochert, Grapow, Stauch, Vacik, and Sebastian finally met, however, the music flowed easily, and within a week, the foundations for eight songs were laid down. The guys were soon joined by Urban breed, and Serious Black was complete. Serious Black is currently bringing As Daylight Breaks to the stage as the supporting act for HammerFall on their European Tour.

Commencing with “I Seek No Other Life” As Daylight Breaks will call to mind classic Scorpions Albums. The vocals are very similar, and the instrumentation has the same grand scale. There is an urgency to the music, with the drums set to thrash speed and the guitars that would defeat any Guitar Hero score, giving it a great dynamism. With the guitars at breakneck speed, “High and Low” is equal in pacing, but this energy is contrasted with soaring vocals that demand notice. Slowing down with some gentle piano, “Sealing My Fate” is a sensual song, powerful, majestic, and full of epic storytelling and symbolism. As the song progresses, its speed increases resulting in a breath-taking crescendo. “Temple of the Sun,” which is influenced by mythological and Eastern elements is followed by a short instrumental interlude which leads directly into “Akhenaton,” which sounds as if Egypt’s sands have been filtered through the melody. With impressive synths and strong imagery, “Akhenaton,” unlike the earlier tracks, is more Progressive in feel, at times sounding almost like part of a film score. “My Mystic Mind” rises and falls with some similar flavors, though it soon shows its thrash colors and its harmonious choruses. “Trail of Murder” has a more Rock core, with striking guitar riffs, which are still fast, but more rhythmic. The title track, “As Daylight Breaks,” brings back the piano. This track is slower and poignant. With vocals that are impassioned and sentimental, “As Daylight Breaks” is gorgeous and emotional. “Setting Fire to the Earth” makes full use of double kicks and triggers, racing to its conclusion with luxurious guitars and rich choruses. With a glorious atmosphere of hope and joyous promises, “Listen to the Storm” is cut from a different mold. Lastly, the album thunders to a conclusion with “Older and Wiser,” which is full of grit and steel. With its pulsing beats enhancing the elevated guitar breaks, this track is a fitting end to the album.

Bringing together six skilled musicians with a wealth of experience and talent is bound to result in great songwriting, excellent musicianship, and classic styling. Here the listener also gets the rich variety of sounds of this symbiotic team that has skillfully created a magnificent debut album. As Daylight Breaks is bound to grab fans’ attention and bring them flocking to see Serious Black live. This album screams out that it needs to be heard in big arenas, and it excites in a way that very few albums do these days. CrypticRock give As Daylight Breaks, by Serious Black 4.5 out of 5 stars 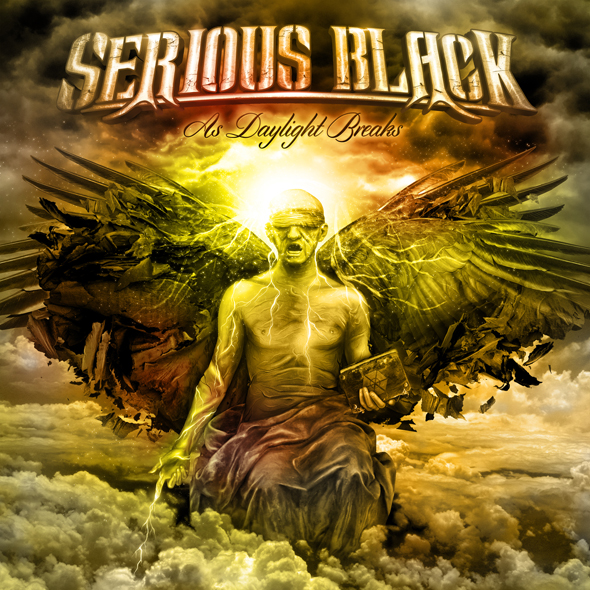