Of the countless iconic Horror characters throughout all of fiction, there are those who have been written about and portrayed ad nauseam, those who could use a new arrangement or a fresh coat of paint, and then there are those who we barely ever see. In a time when Hollywood has long since run out of ideas and not willing to take risks, clinging to remakes that always almost never receive good feedback, Serpent’s Lullaby brings an original story about a scarcely explored monster that is both interesting and refreshing. 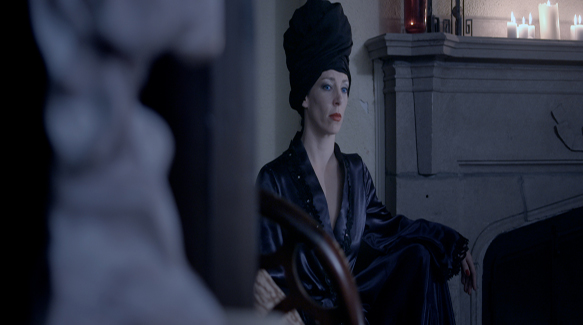 Written by Charles Hall (Paper Angels 2008, A Sliver of Light 2012) and directed by Patricia Chica (Day Before Yesterday 2010, A Tricky Treat 2015) and starring Jenimay Walker, aka Jennifer May Walker (Ceramic Tango 2013, Martyrs 2015), the story follows the legendary monster Medusa of Greek mythology. This version of Medusa, however, is living in modern times and she is not portrayed as a vicious adversary, but rather a forlorn outsider whose infamous traits are a curse, and that curse is an impenetrable wall between her and the human experience. This version of Medusa is not waiting in her lair for the challenge of the hero, but trying her best, and failing horribly, at living the life of a normal woman with her own family. Imagine such a life for a woman when she is not only physically monstrous, but also cannot look directly at someone without instantly turning them to stone.

The task is so insurmountable and the consequences of failure so dire, that viewers cannot help but empathize with her. Her social skills are also lacking and her inhumanity, even when covered as best as possible in public, seeps through her best attempts at blending in, giving off a palpable feeling of danger and turning others away. This story is as relatable as it is original, as anyone who has lived could in some way understand wanting to be a part of something you never could, even if it is due to something that is beyond your control. Medusa is cursed to be forever what she is, never to be a part of society, or even allowed a corrupted version of a normal life. This existential crisis is at the heart of this short, but excellent story, and it will no doubt leave just about everyone who watches it wishing it were longer. 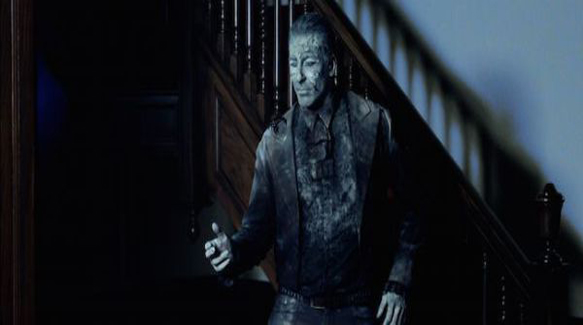 Jenimay Walker gives a very good performance here considering the majority of the part is body language. There are a few lines of dialogue and there is one other speaking part who does nicely for support, but the film really relies on Wallace being able to convey all of these feelings wordlessly, and she does an outstanding job doing so. Given her background as a burlesque/go-go performer, it obviously added to her ability to convey story through body motion. Clearly, Walker and Chica worked closely on how to get it just right. Walker portrays all of the sadness, frustration, loneliness, desire, and depression with the right amount of inhumanity and never comes off as a hammy monster. She comes off exactly the way she should, as an unfortunate victim who is at the end of her rope, trying desperately to find a way to make life work the way she wants it to. Great job from Walker. 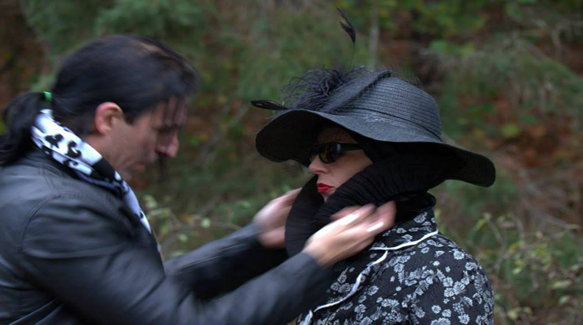 This short film accomplishes a lot. Clocking in at a mere 13 minutes, Serpent’s Lullaby successfully gives us an original story, a refreshing and unique take on a popular, but unexplored classic monster, and a deep narrative that takes the viewers through moments of horror, surprise, empathy, and sadness. This is a prime example of how to maximize minutes. It is so effective at what it does that it would absolutely work as a full-length film. Excellent writing, directing, and acting all around, all of the qualities that Serpent’s Lullaby brings are most welcome for fans and also for those needing an example of how to do more with less. CrypticRock gives Serpent’s Lullaby 4.5 out of 5 stars. 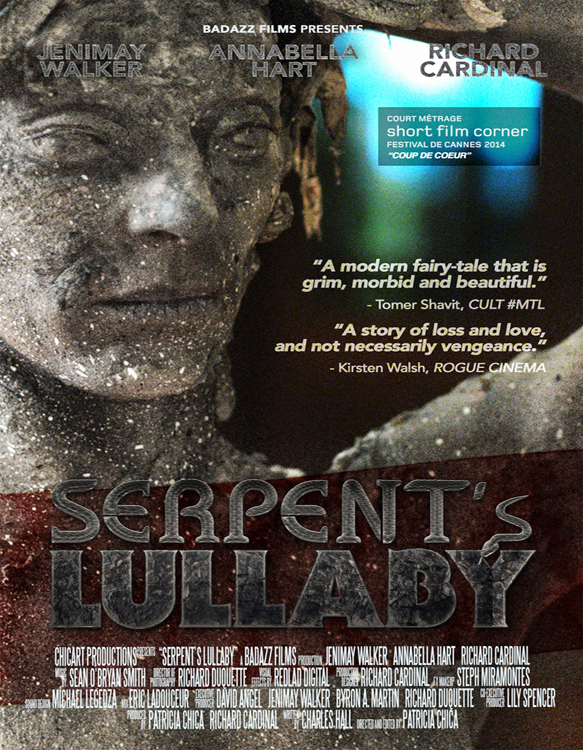