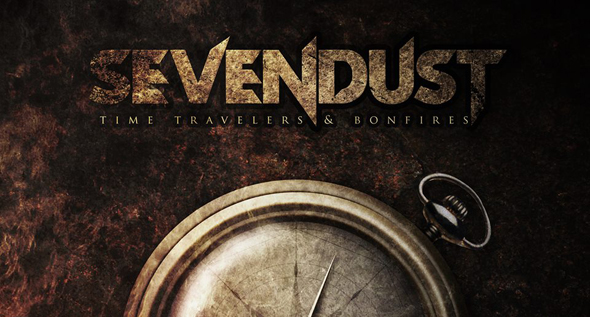 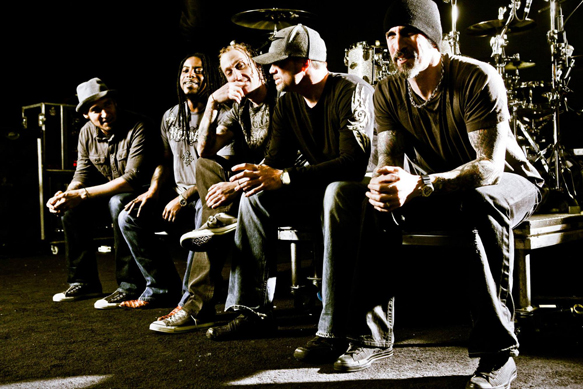 Hard rock titans Sevendust keep the fire burning with their 10th studio-album titled Time Travelers & Bonfires.  The album is their first full-length acoustic offering since the live recorded  Southside Double-Wide back in 2004.

Witherspoon and Rose explain that fans have inquired for many years about another acoustic album after the success of Southside Double-Wide.  With an already immensely busy schedule of writing , recording, and regular touring, Sevendust took a decade but met the request of their die-hard followers.  This time around the band decided to record six brand new songs, along with re-recorded acoustic versions of some previous released material, as well as fan-selected cuts from their catalog including “Black”, “Gone”, “Denial,” “Karma”, “Trust” and “Crucified”. Standout re-structured songs include “Denial” which has a dark, haunting,  and almost soundtrack-like atmosphere.   The recording of “Trust“ recaptures the same magic as during the recording of Southside Double-Wide.  The objective of Sevendust reworking these six classics was the art to make older songs sound like new in a completely different garb with new sounds, structures, and dynamics.

Taking a closer look at the new songs, listeners will take notice that each track fits perfectly within the overall picture of Time Travelers & Bonfires.  “The Wait” is probably one of the best songs the band has written to date, where Witherspoon shows his wonderful vocal range. “Under It All” beginnings with 30 seconds to Mars-like powerful drumming, dramatic verses, and an even darker chorus.  On the other side of the coin, “Upbeat Sugar” comes across as a pure rock song with more dirty voices. The ballad “One Life“ is carried by dissonant verses, but opens up to the listener again with a contagious chorus that provokes one to sing and whistle along.

Those who think an acoustic album is full of just dripping ballads are proven wrong with Time Travelers & Bonfires.  Sevendust hit all the right notes, crafting nothing but a pure rock album with relaxing tones and textures which makes new and old fans comfortable listening from beginning to end.  Sevendust shows their broad range of talents and why they are one of the most under-appreciated bands in modern rock.  CrypticRock gives this album 4 out of 5 stars. 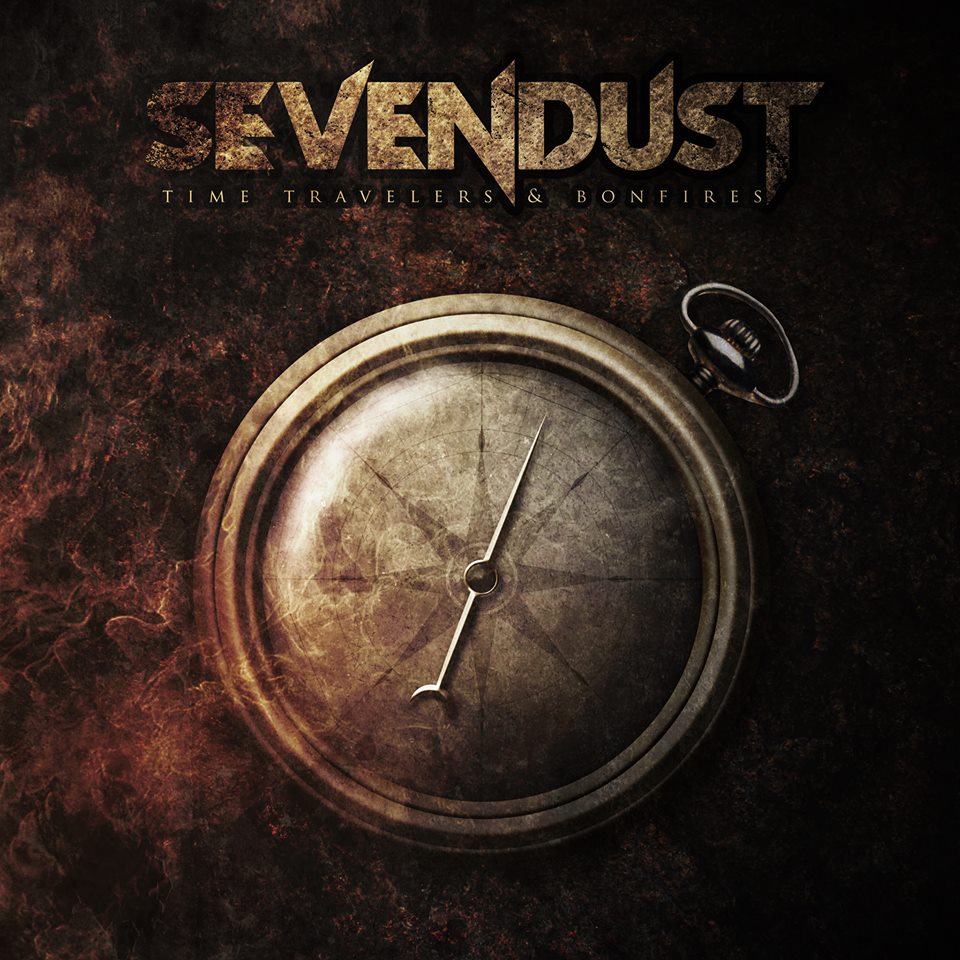