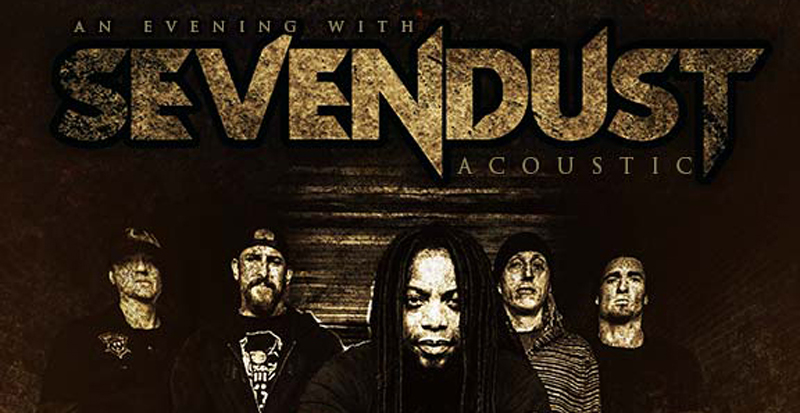 SEVENDUST didn’t waste any time getting 2014 started the best way they know how: being holed up in the recording studio to create their long-awaited and highly-anticipated acoustic album. Time Travelers & Bonfires will be released in April on 7Bros. Records, in conjunction with ADA Label Services. On April 1, they’ll hit the road for their first U.S. headlining tour of the year, entitled “An Evening With Sevendust,” which kicks off in Athens, GA at the Georgia Theatre. It’s their first acoustic trek since 2004, when they were touring in support of their second album, Seasons, and a format their fans have been anxiously awaiting for once again.

The Atlanta band–Lajon Witherspoon (vocals), Morgan Rose (drums/vocals), Clint Lowery (guitar/vocals), John Connolly (guitar/vocals) and Vince Hornsby (bass/vocals)—entered Architekt Studios in Butler, NJ (where they recorded their previous Black Out The Sun album) at the beginning of the month to record their highly anticipated and much-talked-about acoustic studio album.

It will be a collection of brand new songs, along with re-recorded SEVENDUST classics. Newly re-recorded songs will include: “Black,” “Gone,” “Denial,” “Karma,” “Trust,” and “Crucified.” Six brand new songs have also been written and recorded for the acoustic album. It’s not the first time SEVENDUST has explored their acoustic side. Their critically acclaimed Southside Double-Wide live acoustic album was released in 2004. As All Music Guide had praised: “Fans should invest readily in Southside Double-wide…SEVENDUST’s famously confrontational sound smolders, and damn it if their sensitive side isn’t just as fiery.”

On Friday, November 22, 2013, SEVENDUST partnered with PledgeMusic for a direct-to-fan campaign to help fund the creation of TIME TRAVELERS & BONFIRES and was set to last a 130 days. Over the course of that first weekend, they reached their goal thanks to their “Family” of fans who had received the exciting news solely from the band’s and band member’s personal Facebook and Twitter sites. SEVENDUST has always said they consider their fans to be part of the SEVENDUST Family, and they certainly proved their love and devotion for the band with the immediate response to the PledgeMusic opportunity.

With over 70 days left in the campaign, SEVENDUST has raised over 155% of their goal with over 2,550 pledges. Exclusive incentives for pledgers included a digital download of the album before its available anywhere, exclusive updates during the making of the record, signed drumheads and guitar picks, being included in the album’s liner notes, autographed guitars used on tour, and dinner with the band (which was swapped up quick by two very lucky “Family” members).

Later this month, SEVENDUST will be aboard the ShipRocked 2014 cruise, along with Five Finger Death Punch, Papa Roach, Three Days Grace, In This Moment, Tremonti, Black Stone Cherry, and many others. The ultimate rock music cruise vacation onboard the Norwegian Pearl will depart from the Port Of Miami and will visit Great Stirrup Cay–a private island in the Bahamas–during the January 26-30 excursion. A limited number of staterooms for the ShipRocked 2014 experience are still available at www.ShipRocked.com. 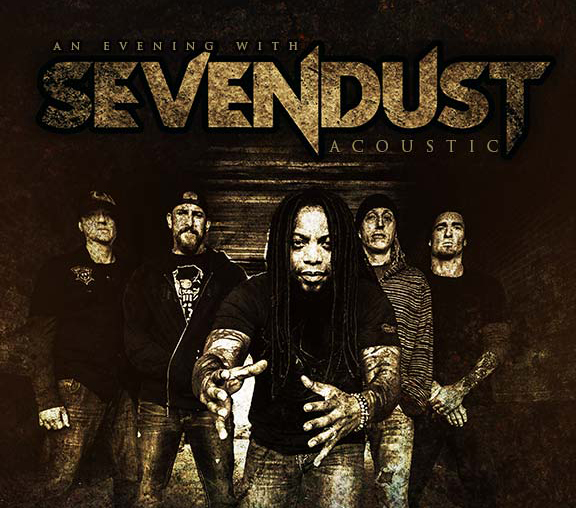