The film’s main subject is Virginie (Hafsia Herzi: By Accident 2015, War Story 2014), a French, London-based call girl and escort. Her madame (Karole Rocher: Braquo series, The Snows of Kilimanjaro 2011) caters to high-class clientele who have the money to afford the best, and Virginie is one of her most beautiful and desired. Despite a life of comfort, Virginie is lost, broken, and adrift in a life in which she is emotionally detached.

When she is introduced to a young man named Rupert (played by Ash Stymest in his debut acting role), she does not know he is hired out by charities to rescue young women in the sex trade. Rupert, of course, does not realize that his role will not be so simple, and he will fall in love with this rescue. Together, the couple navigate the shady world of escorts and nightlife, discovering their mutual attraction despite Rupert’s secret. Can they find their way out of the darkness, and, if they can, what will it cost them?

The bulk of Sex Doll is in French with English subtitles. There is a quasi-art house feel to the film, despite a reported budget into the millions. Extravagant expenditures aside, the movie delves heavily into the complexities and struggles of life, as well as the relationships between its characters. Comparing emotionless sexual trysts with real-life love, Sex Doll is a surprising foray into the sublime, offering an artistic, young adult love story set against stark reality. The film strives to display the dichotomy between casual sex and romance, with young people’s’ futures and budding relationships at stake. An inordinate amount of time is spent following individual characters, a tool used by the director to hammer home the themes of loss and regret that form the center of the plot.

Herzi – who bears a passing resemblance to Popstar Ariana Grande – executes her portrayal of Virginie with complete grace. While her character lacks range and depth, Herzi is confident and the film benefits greatly from her acting in the lead role. Although Stymest, as Rupert, is acting in his first credited role on this film, his skills are impressive and he suits the role well. Stymest offers a unique blend of angst and maturity in a complex character, providing the perfect foil for Virginie’s emotionally dark world. In many ways, Rupert is the more interesting role.

The film generally succeeds in connecting the audience with its characters, giving a valid reason to want to support them while we live vicariously through their on-screen conflicts. Ultimately, Sex Doll leads its viewers through a plot that, while shallow, provides enough catalyst to drive the story forward without feeling contrived. Unfortunately, the director uses character development and artistic intent in such a way that the movie feels too drawn out; it stalls often, especially in the beginning where the director lingers on details that have already been established. For example, after Virginie is portrayed as a lost, broken girl, she is shown fully clothed, floating in the middle of a pool – a metaphor for her listless life. It is an obvious and distracting scene for already convinced viewers.

Overall, the film plays it safe with controversial material. The sexual content is, while present, moderate with little nudity. The portrayal of violence and brutality in the sex trade, and struggle of young people trying to make a life for themselves, is tame; the potential for deeper emotional impact is supplanted by a highly refined artistic expression. It was not the right direction.

Had Sex Doll been more brave, the contrasts would have been more extreme, more meaningful, and the catharsis more intense. However, the film still makes a rather basic young-adult Romance powerful with its unusual backdrop and engaging actors. For the interesting characters, atypical setting, and not bowing to expectations, CrypticRock gives Sex Doll 3.5 out of 5 stars. 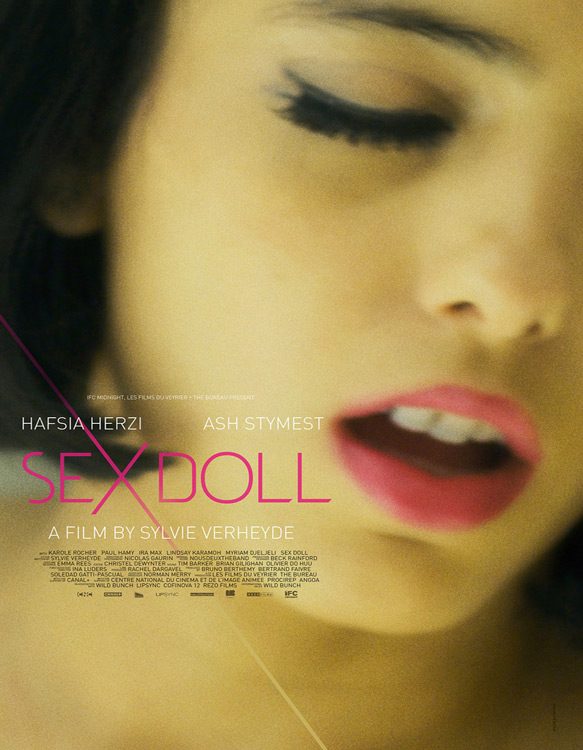