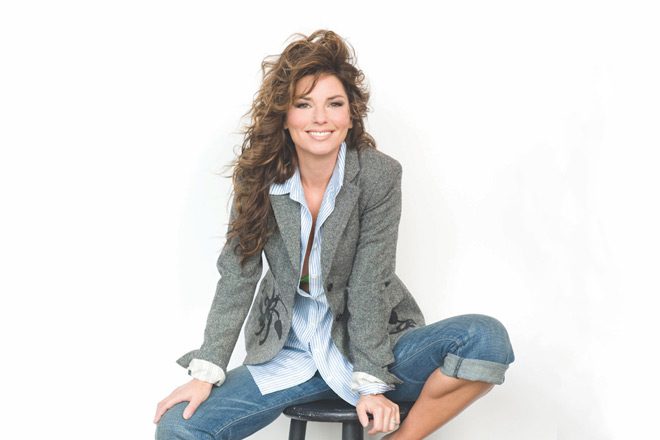 Singer-Songwriter Shania Twain is the best-selling female artist in Country music history, and one of the best-selling musical artists of all-time. With over 75 million records sold worldwide, Ms. Twain is literally the Queen of Country Pop! This international superstar is thirty years into her storied musical career and still going strong, returning Friday, September 29th, with NOW – her first studio album in fifteen years – thanks to Mercury Nashville.

Twain is a five-time Grammy Award winner – as well as the first and only female artist to receive CMT’s Artist of a Lifetime Award – who burst onto the music scene in 1993 with her Platinum-selling, self-titled debut. The Double Diamond-selling The Woman In Me followed in 1995, with 1997’s Come On Over reaching record-breaking sales thanks to singles like the witty “Man! I Feel Like A Woman!,” soaring ballad “You’re Still the One,” and the sassy “That Don’t Impress Me Much.” It is, to date, Soundscan’s best-selling studio album by a female artist, as well as the best-selling Country album of all-time. Following her monumental successes in the ‘90s, Twain released 2002’s Diamond-selling Up! and then, two years later, retired from performing.

Fifteen years later, Twain has returned and the time is NOW! Assuming the role of sole songwriter for the first time as well as working as a co-producer on the album, Twain has created an album that runs the gamut from her beloved Country roots to Pop stylings, to hip-swaying danceable tracks with an island breeze, to retro homages to a simpler time. The album is available in both a 12-track standard release, as well as a 16-track deluxe edition.

NOW launches with the hip-swaying “Swingin’ With My Eyes Closed.” There is a slight, underlying summery island feel that permeates the edges of this Country foundation, creating a catchy Pop sense that is not Top 40 but is still undeniably infectious. “Home Again” capitalizes on banjos and fiddles to shift the sound back to Twain’s (musical) roots, creating a good ‘ole Southern tribute to where the heart belongs.

When she stays close to her career-proven formula, Twain is at her best; unfortunately, when she diverts – as with the bizarre blend of ‘60s and sultry vibes that encompass “Light Of My Life” – she falls a bit flat. The song does not fit the collection and the sound does not fit Ms. Twain. Thankfully, the diversion is only momentary and “Poor Me,” while nothing profound, is one truly catchy ode to a cheating lover. Similarly, “Who’s Gonna Be Your Girl?” is the perfect blend of Country elements, Pop sensibilities, and an alluring sound that is exactly what one would expect from Twain in 2017. It does impress us much!

Unfortunately, “More Fun” does not sound quite like the unbridled fiesta connotated by its title, but it does have some Jazzy little touches to accentuate lyrics like: “The weekend’s here and all we want to do is be together / Get a little crazy and forget what happens later.” Meanwhile, “I’m Alright” is a bitter sweetness, a beautifully catchy ode to surviving that break-up – possibly the summer romance you started while having ‘more fun’ in Vegas! Then we hop to the flirty “Let’s Kiss And Make Up,” a return to that slight Caribbean sway, complete with a Shania lip-smack to the microphone. Ultimately, it is the bittersweet ballad “Where Do You Think You’re Going” (“Nobody loves you quite like I do”) that sets another sense of seriousness, a mood that Twain can attain flawlessly.

The sensual “Roll Me On The River” is a catchy, hip-shaker that is highly steeped in deliciously Southern sonics. It flows perfectly into “We Got Something They Don’t” – a tambourine swinging celebration of having fire deep in your bones – and the beautiful ode to anyone who helps to formulate who you are, “Because Of You.” Unfortunately, Twain returns to that odd retro Pop feel on “You Can’t Buy Love,” which is not her best work, no.

The lengthy, deluxe edition rounds out with “Life’s About To Get Good,” a feel-good, celebratory dancer that will help you shake your pom-poms. While “Soldier” does not need to be taken literally, it can be: and it will serve as a solemn anthem for any of the men and women that serve our nation, as well as their loved ones waiting patiently back home. Final number, the slowed pace of “All In All” wraps up the bursting package with a gigantic bow.

NOW’s best moments – tracks like “Who’s Gonna Be Your Girl?,” “Roll Me On The River” and “Because of You” – stay true to this musical maven’s Country roots and powerhouse Pop infectiousness. Her very best material is a delicate marriage that never favors one style over the other, that turns more serious and inward, avoiding the forgettable, flirty fun in the sun; after all, man, she is not a girl but a woman.

While her experimentation might fail in a few tracks, over all, Twain returns to prove that her down time has in no way slowed her roll. Still a classy, sassy act, NOW shows that Twain has aged with grace, dignity, and some damned catchy new tunes running through her pretty head! For these reasons, CrypticRock give Shania Twain’s NOW 3.5 of 5 stars. 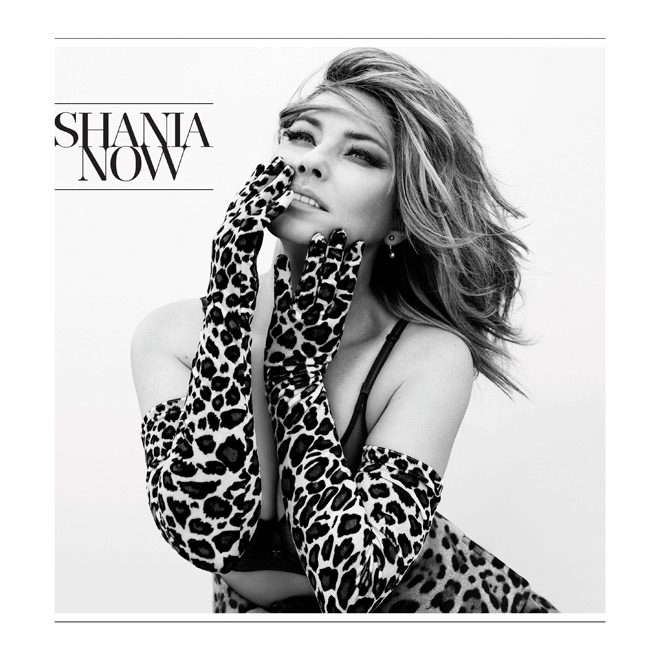