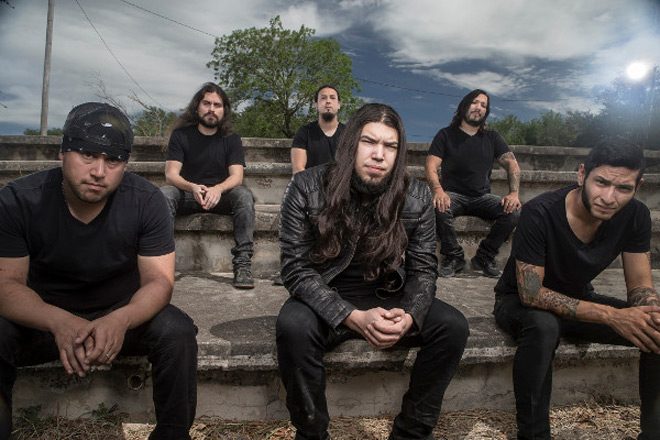 Being in a band is like being in a family. Sometimes there is a perfect syncopation, where everything is effortlessly easy and there is no drama, but then other times, there are things to work on if the band is to stay together. When asked about the band Shattered Sun, Lead Vocalist Marcos Leal states, “We almost burned this band to the ground internally,” adding, “Between all the things we have done over the years, things came to the surface and we didn’t even know if we were going to have a record.”

Luckily enough, Shattered Sun was able to work through their demons and record a face-melting, heavy, and brutally honest album, entitled The Evolution of Anger. A follow-up to the positively received 2015 album Hope Within Hatred, to fan’s curiosity, The Evolution of Anger sees the light of day on July 21st via Victory Records. Although the band is not exactly political, this new offering touches on the worldwide state of affairs and anything and everything that was bothering Leal at the time of its conception. Joined by Guitarist Daniel Trejo, returning after having left the band in late 2015, Guitarist Jessie Santos, Drummer Robert Garza, Bassist Joseph Guajardo, and Keyboardist Henry Garza, together Shattered Sun are ready to make an impact.

Consisting of 10 songs, it starts with the track “Keep Your Eyes Shut.” Exactly how one would think an album called The Evolution of Anger would start, it is laden with a snare kick off, jumping into face-melting territory as Leal screams his heart out. It is fast, brutal, and it will get the most laid back Metalhead up to headbang. Matched with a chorus that is a nice change of pace, it slows the song down a bit. However, it never loses its sense of self.

Up next, “Blame” sees Robert providing absolutely killer double bass action, enhancing the songs urgency. Matching him, the guitars switch between chunky heavy riffs and dancing high notes, giving the song a nice balance between heavy and heavy. Here, and in many other corners of Hope Within Hatred, Leal does the same with this voice, changing between screams and clean vocals. For example, keeping up this fast-paced, thrashy tempo, are tracks like “Die For Nothing,” “Like Gasoline,” “Burn It Down,” and “Terminal.”

Of course, as fast-paced as those songs are, it is unfair to say that this album is not without its dynamic balance. There are songs like “Declassified,” “Hollow Chains,” and “Out For Justice” that slow down the tempo, allowing the guitar riffs a chance to take over, and it works perfectly. These songs do not lose their heaviness. In fact, it is quite the opposite, the slower pace lets the listener really hear everything that is happening from the slower double bass to each snare hit. Furthermore. it gives the audience a chance to digest what Leal is screaming, which ultimately gives the songs deeper meaning.

Ending with “Hope Dies,” the album’s finale is as whole and condenses as could be, clocking in at 4 minutes and 15 seconds. There are parts that are heavy as hell, but other parts the pace is more mellow and deliberate, offering a fitting conclusion to the chaos that came before.

All in all, The Evolution of Anger is one of those Metal albums that should not be missed. It does not matter what type of Metal strikes your interest, this is an album to listen to. Shattered Sun show such a sense of maturity and that is an incredible feat when realizing that this is only their sophomore effort. For these reasons, CrypticRock gives The Evolution of Anger 5 out of 5 stars. 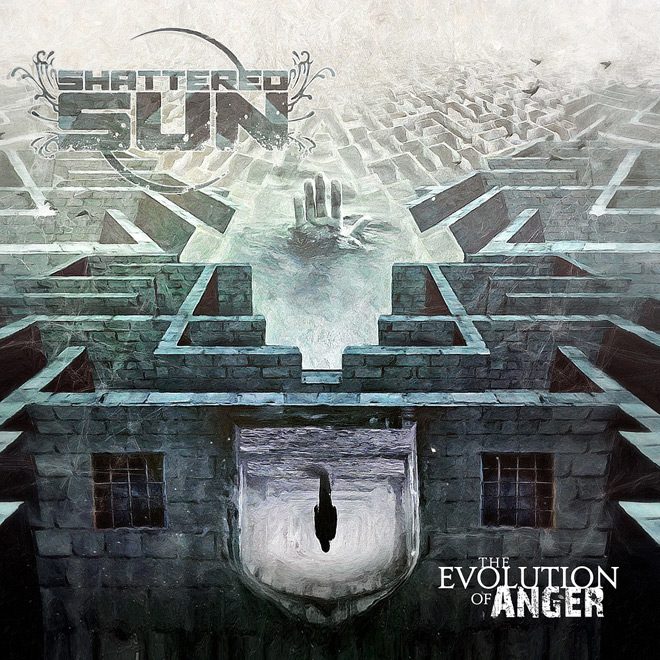