She Is We – War (Album Review) 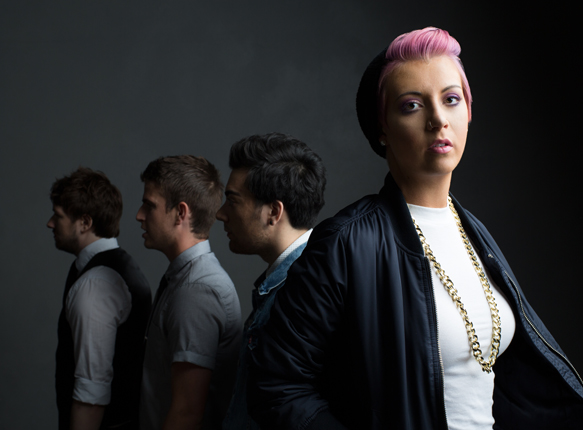 From one major point in life to another, it seems as though Singer/Songwriter Rachel Taylor is nothing but unstoppable. Dating back to 2008, the band He Is We gave Taylor depth and purpose. The Indie band was made up of Trevor Kelly, Taylor, and a group of touring instrumentalists, originating in Tacoma, Washington. After years of hard word, dedication, and the unfortunate, painful reality of mistrust, Taylor decided to move on from that significant chapter of her life, and chose to turn a new page. Once the realization of her passion and love for singing hit, Taylor knew she could not give up on her fans, and most importantly, herself.

Taking the plunge into a new journey, Taylor chose to team up with a new set of talent, and opened herself up to trust once again. Collaborating with Vanguard Records, Taylor finally put a sense of purpose and meaning back into her life and created the new project known as She Is We. After ripping herself open to reveal nothing but vulnerability, Taylor put raw emotion and energy into the songs that would define her. Taylor’s new album, entitled War, is nothing short of extraordinary. A collaboration with Guitarist/Producer Adamm Mitchell, Co-songwriters Mike Elizondo and David Hodges, along with Producer Steven Solomon, War was mixed by five time Grammy winner Chris Lord-Alge as it hit the public on March 18th to showcase a side of the Taylor not yet seen.

The album kicks off  with “Boomerang,” a track about proving yourself, and coming back out on top. The song features strong vocals, a moderate tempo alongside an electronic beat, and lyrics that are a punch in the face to anyone that has ever done her wrong. Blissful with a touch of brilliance, “Monster” is up next. Combining soaring harmonies with deep lyrics, and soft background instrumentals, the song sums up darkness, taking Taylor to a whole new level; giving new depth that is discovered with each subsequent listen. Slowing the album down, “Better Now” starts out as a soft ballad, featuring light piano backgrounds. This track is all about hope and recovering from past misfortunes.

The bar is raised with track number four, “Crazy Heart,” which comes in as mystifying, with harmonic background vocals and layered instrumentals, but then kicks in with the chorus. This section of the song highlights an upbeat tempo with powerful vocals, being about the ups and downs of love. “Flatlining” is a song that showcases Taylor’s mastery of lyrical expertise. This track breathes life into the listeners that have gone through loss, while giving off a sense of comfort and reassurance. With lyrics, “the rush of pain within,” listeners are surely able to relate to the suffering that Taylor must have encountered.

Sticking with the theme of woe, with a touch of anger in Taylor’s vocals, “Blue” starts out as a softly sang ballad then transforms into an upbeat intoxicating chorus. Being the title track of the album, “War” clearly speaks for itself. Richly textured and complex, this is Taylor’s most compelling expression yet. This track is about fighting the demons that lie within, showcasing Taylor’s most intimate parts of herself, with the outro lyrics being, “you were right.” Changing the feel, “Fight For Me” comes on having a Fusion Gospel vibe. Living up to its hype, this track is a wholly unique venture.

Moving along, “Heartstrings” is another song that embodies heartache and distress. Featuring a new set of instrumentals to backup the vocals, this tune really stresses the emotion that went into writing and recording. It is almost as if the listeners can truly relate to Taylor and the message of letting go she is trying to pursue. One of the more upbeat tracks of the album, “Runaway” is satisfying to indulge in as Taylor takes the listeners on another journey with her passionate vocals. Ending the album with “Lead The Fight On,” She Is We give listeners something special to remember them by. Inspirational and emotionally-rich, Taylor sums up heartbreak, despair, and melancholy with the message of always fighting for yourself and to never giving up.

A stunning debut to She Is We, Rachel Taylor has outdone herself. From start to finish, War is nothing but a roller coaster of intense and real emotions that listeners will surely be bewildered by. Each track was written and performed with pure sentiment and will live on for all to engage themselves in. CrypticRock gives She Is We’s War 4.5 out of 5 stars. 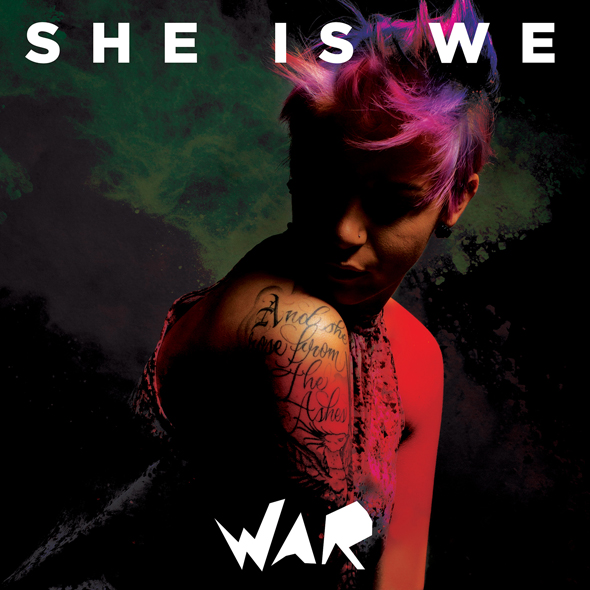