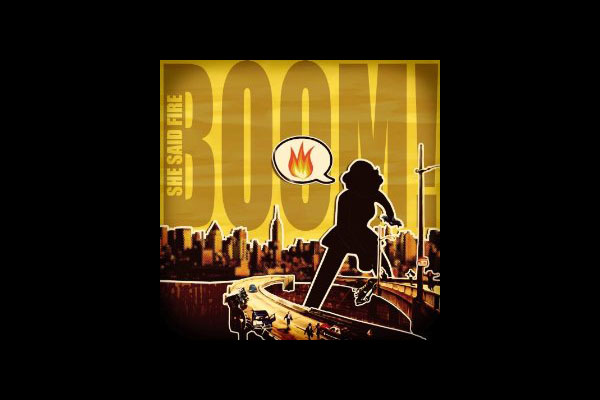 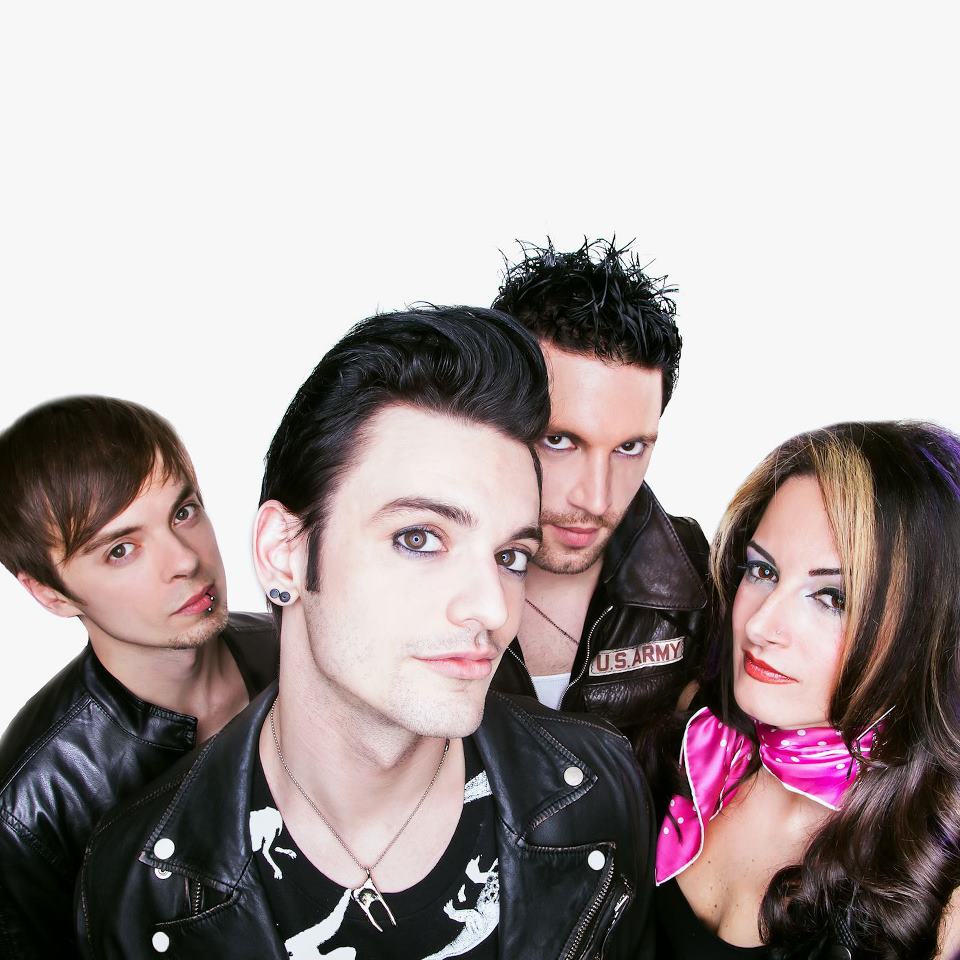 She Said Fire is  relatively new band hailing from New York City.  The band is comprised of Joshua Hawksley (Vocals, Guitar), Peter Strzelecki  (Guitar, Vocals), and Chris Moss (Bass, Vocals) which rose from the ashes of the band The August Infinity.  The band joined forces with Christina Vitucci (Drums) for the new project known as She Said Fire.  Having played numerous shows in the tri-state new york area over the past year the band has been opening eyes to their unique rock sound and style.  Ready to get their music out to the masses they released their debut EP Boom! in April.

Boom! is a 5 track EP which grabs your attention from the get go.  The opening track “White Cadillac” is a intriguing mix of hard rock and pop.  With heavy catchy riffs and vocal performance of Joshua Hawksley you immediately are taken in.  With a memorable chorus complimented by excellent backing vocals the track rocks hard and lets you know these guys mean business.  Wasting no time the band takes you right into “Sleeping Through The Revolution”.  With a tight sound, grooving guitar and throbbing bass line you can’t help but want to dance to this hard rock gem.  Christina Vitucci provides a great back beat to the song with a stellar performance.  This song should be a single on rock radio and has all elements of a hit rock song.  “Funhouse” is perhaps the most unique track on the album with a carnival like theme.  Taking influence from 90’s alternative rock the song takes on a life its own with its party like atmosphere.  You will find yourself remembering this catchy fun tune and wanting more.   Proving there is no question why the band choose the track to be their first official music video.  Slowing things down a little with “Better Ways” the band builds a tempo and atmosphere.  You have to marvel at the maturity in the song writing skills and sense of letting the music breathe. The track erupts into a emotional chorus lead by the dynamic vocals of Hawksley.  The EP closes out with the dance like track “Blue Sky Avenue”.  Keeping things diverse the band introduces some electronic sounds here adding a nice touch.  Peter Strzelecki guitar and Chris Moss bass work is complement each other well here and throughout all tracks.

Boom! is winning debut by She Said Fire.  The band has a very unique approach to their brand of hard rock.  Not afraid to break away from the trends they combine the best of 90’s alternative and pop rock with a hard edge and flair for fun.  All 5 tracks are excellent and hold their own as individual pieces of work.  There is definitely a bright future for She Said Fire.  Hawksley vocal style is unique from others in the genre and soars high.  This provides something fresh to the cookie cutter sound many have grown tired of over the years.  Cryptic Rock give this EP 5 out of 5 stars. 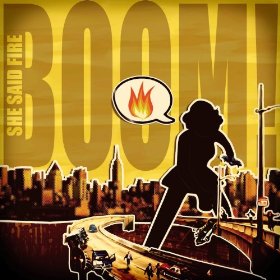