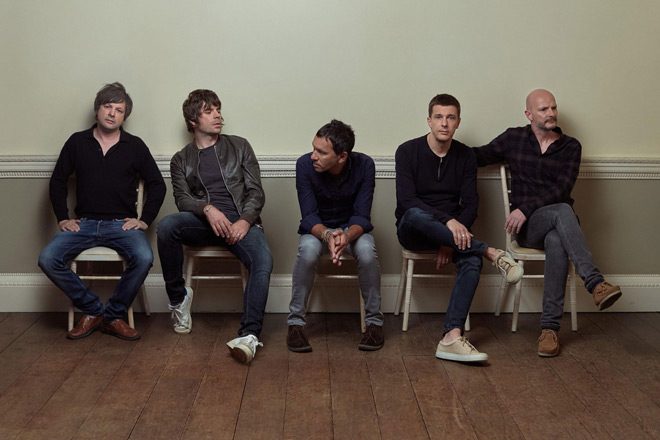 As has usually been the norm, there have always been bands from every era, movement, or genre that—for whatever reason—failed to catapult to massive popularity and to reach the pinnacles of their potentials. Unfortunate as this is, it is the reality of the music business—not all artists get to achieve the commercial breakthrough that they are aspiring for. They could only soldier on, hope for the best, and continue making records.

For instance, in the 1990s post-Grunge Britpop explosion, bands such as Blur and Oasis dominated the scene, overshadowing less successful groups like Echobelly (“Greater Things”), Kingmaker (“Really Scrape the Sky”), and Shed Seven (“Ocean Pie”). This does not necessarily mean that the music of these side-lights baskers were inferior or paled in comparison with that of their luckier mates.

Formed in 1990, in York, England, Shed Seven was among the bands associated with the Britpop scene in the ’90s, releasing four full-lengths during the first phase of its existence—from 1994’s innocent glitter of Change Giver, edgier and punchier sound of 1996’s A Maximum High, the Oasis-inspired Let It Ride of 1998, to the frenetic Punk energy and Alternative Country excursion of 2001’s Truth Be Told. Despite garnering fifteen Top 40 singles, which included “Getting Better,” “Chasing Rainbows,” and “She Left Me on Friday,” as well as four Top 20 albums in the U.K., the struggling Shed Seven lost its lucky number and eventually shed its skin and broke up in 2003.

Fortunately, the success of a greatest-hits concert in 2007 prompted the reunited members of Shed Seven—Rick Witter (vocals), Paul Banks (guitar), Thomas Gladwin (bass), Alan Leach (drums), and Joe Johnson (guitar)—to pick up where they left off. Now, after a decade of heavy touring and writing songs on the side, Shed Seven unleashes a new album, finally bridging the 16 years’ gap from the present to the last time the English band had come up with a proper studio album.

Released on November 10, 2017, on BMG, Shed Seven’s fifth oeuvre, Instant Pleasures, sounds like the band never went on a hiatus at all. It still carries the same upbeat energy the band’s music in its heyday used to have—the Post-Punk angularity and Indie Pop’s melodic sensibilities, the thin glaze of Shoegaze fuzziness and Punk’s confrontational vitality, the occasional syncopated rhythms, as well as Witter’s throaty wails and subtly dark lyricism.

Instant Pleasures opens with the pulsating guitar grates and pastoral vocal harmonies of “Room in My House.” The same sunshiny beat and angular rhythm continue on with “Nothing to Live Down.” The ensuing slow-tempo track “It’s Not Easy” turns the mood into something bluesy, swinging the listener slowly to the countryside. Then there is the punchy, Disco beat of “Said I’m Sorry,” whose Dance elements will fit onto a playlist that includes Franz Ferdinand’s “Take Me Out,” Panic! At the Disco’s “L.A. Devotee,” and Bloc Party’s “Banquet;” and which treats the listener with its surprising tiptoe-inducing waltzy coda.

The melodic, dramatic, and grand “Victoria” is Britpop revitalized, only to relax again the vibes with the slow, piano-adorned Alternative Rock ballad “Better Days.” This is followed by the driving rhythm of the jangly and starry “Enemies and Friends” and then by the rocking stomper, early Suede–recalling “Star Crossed Lovers.” Another slow, almost Pub jukebox track comes next in the form of “Hang On,” to be followed by “Butterfly on a Wheel,” which sounds like a cross between Blue Öyster Cult’s “(Don’t Fear) The Reaper” and Grapes of Wrath’s “Good to See You.”

The penultimate track and the album’s highlight as ell as catchiest song, “People Will Talk” will blast the listener into the shimmery sound of Britpop during its peak—complete with the customary, quirky, extended guitar interludes. Finally, Witter and the rest of Shed Seven wrap up Instant Pleasures with “Invincible,” a slow, soulful, slide guitar–sprinkled reprise of the preceding song; an apt number to close a pleasurable album.

Sometimes, there is an even far more compelling and interesting, cutting-edge music that may be had from the veiled fringes and corners of perhaps every music scene. All the diligent music enthusiast needs to do is to use his initiative to be able to discover these hidden gems at the foot of the sonic rainbow. This is the reason the resurfacing from hibernation of a cult-favorite band such as Shed Seven becomes a cause for celebration, especially when there is an album of new materials in tow. Despite the album’s title, it is not really an instant offering at that, but something that is practically sixteen years in the making. CrypticRock gives Instant Pleasures 4 out of 5 stars. 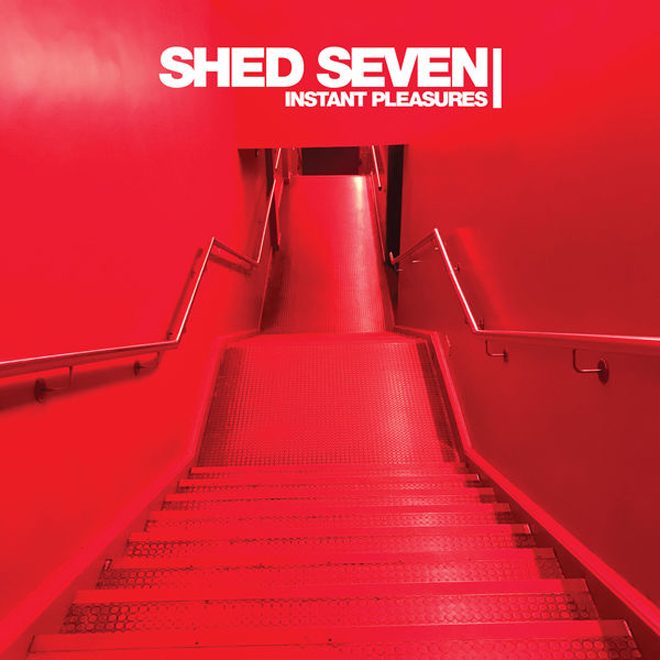