Directed and written by Kurtis Spieler, 2013’s feature-length release of Sheep Skin sees Spieler expanding upon, and slightly altering, the story that he originally wrote and directed in 2007 as a short that centers around a group of friends who play in a Punk band and have kidnapped a man they believe to not only be responsible for the death of one of their sisters, but also be a Werewolf. 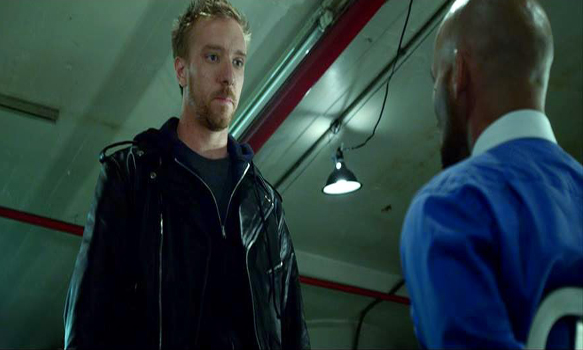 Produced by Invasive Image and provided a mainstream release as of May 10, 2016 via Unearthed Films, Sheep Skin currently dons the Choice tag on Amazon.com. Opening with the biblical proverb “Beware of false prophets, which come to you in sheep’s clothing, but inwardly they are ravening wolves” from Matthew 7:15, the film then takes viewers straight to businessmen, husband, and father, Todd – who is played by Laurence Mullaney (Shooter 2007, The Mercy Man 2009) and appears in both the 2007 short and the 2013 feature-length release – working away late in his office while trying to hurry his inquisitive wife Nicole, played by Jamie Lyn Bagley (Frankenstein’s Hungry Dead 2013, Trouser Snake 2016), off the phone.

From here, the audience is introduced to Dylan (Ria Burns-Wilder: Best Ribs In Town 2009, Gut 2012), a “new office temp” that Todd unabashedly flirts with before she makes her exit after delivering an envelope to him. After Dylan has left his office, Todd opens the envelope to see a picture (which the viewer cannot see) with the words “We Know What You Are” written on the reverse side. Clearly shaken a bit by the nature of the letter, Todd decides it is finally time to leave the office. The only problem is there are three people in pig’s masks waiting for him in the stairwell. 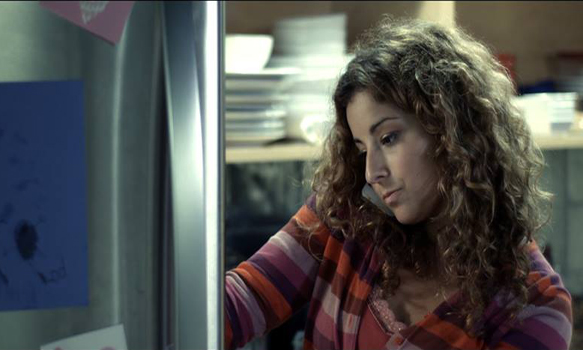 After being drugged and taken to a secret location, Todd wakes up to find himself tied securely to a chair in what looks to be an abandoned building with a few creepy touches like plastic on the floors and as a backdrop behind him and a table filled with instruments clearly meant for torture. At this point in the movie, the story begins to bloom and the tension slowly begins to build as the band members – consisting of the leader, Schafer (Michael Schantz: Candlesticks 2011, The Last 48 2012); whose sister was assumed murdered by Todd while he was a werewolf, Schafer’s girlfriend Dylan; who we met at the beginning of the film posing as an office temp, Boston Clive, and Marcus – begin to argue amongst themselves about how to get the truth out of Todd, leading to how to deal with the situation they are in.

As the movie continues, the band goes from trying to convince Todd that he is a Werewolf using what they believe to be evidence, to arguing amongst themselves as to whether or not they are correct in their wild theory. Things get more complicated when Todd’s wife, Nicole; who suspects her husband of cheating, tracks him to the location of the warehouse using his phone, getting herself held captive by the Punk band as well. At this point, they try to question and convince Nicole of the beast lurking within Todd, though, as much as she is upset about all the cheating, she can not believe her husband is such a creature and responsible for the brutal murder of multiple women. So the viewer, along with the cast, are asking themselves, “Well, is he or isn’t he?” which poses the question of can you kill a man if you are not certain of what you are accusing him for? 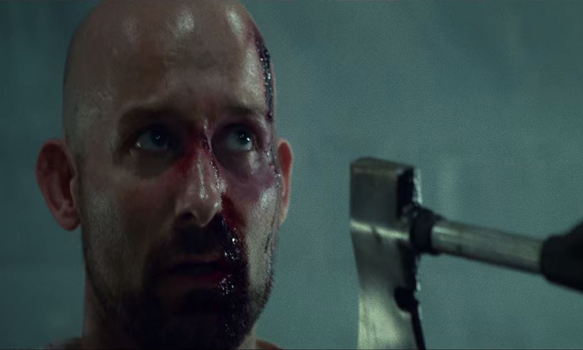 While the story of Sheep Skin is not overly complex, a mix of the movie’s pace and progression, its tense moments, and the interesting take on the heavily trodden Werewolf subgenre holds the viewer’s attention throughout. The story keeps the audience guessing and is not totally predictable, which one tends to expect with a lot of movies – big budget to small – these days, so that was a very pleasant surprise. While not a big budget film, the team behind Sheep Skin pulled off their movie with a fair level of success. Viewers should not find anything from the acting, to the FX, to the locations, or cinematography to be distracting, making Sheep Skin an enjoyable flick to sit back and watch, as well as something they should have no problem recommending to their friends. CrypticRock gives Sheep Skin 3.5 out of 5 stars. 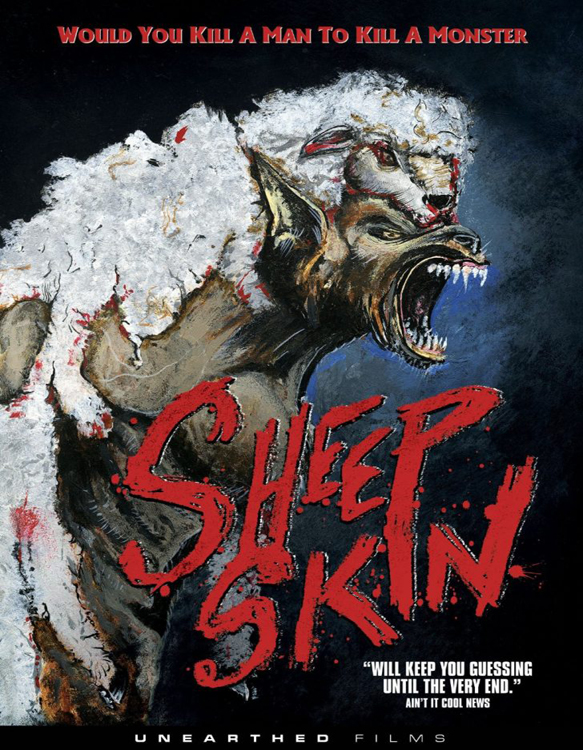