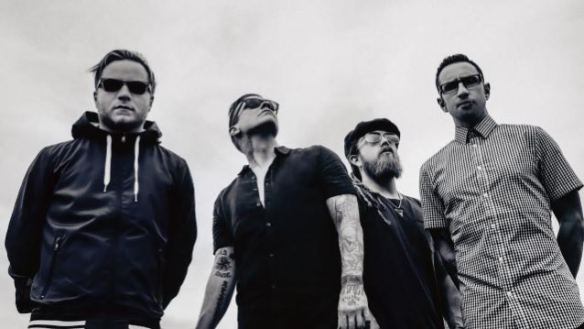 Self-described Rock-n-Roll band Shinedown has made quite a mark in musical history over their fourteen year career. After forming in 2001, the Jacksonville, Florida natives hit the scene running with their 2003 album, Leave a Whisper, where hit singles “Fly From the Inside” and “45” put the band on many rockers’ radars. However, it was not until the album’s rerelease with the included cover of Lynyrd Skynyrd’s “Simple Man” that Shinedown became a household name. Their second album, Us and Them, released in the Fall of 2005, produced the hit singles “Save Me,” which spent a record-breaking twelve weeks at the #1 spot on the Active Rock charts, and “I Dare You,” a song Chris Daughtry performed on American Idol and was also featured on WWE’s Wrestlemania 22. Albums The Sound of Madness (2008) and Amaryllis (2012) followed. In the interim, Shinedown has toured the world with bands like Seether, Flyleaf, Halestorm, Trapt, Alter Bridge, Godsmack, and Rob Zombie.

Now Shinedown is back again to give fans another dose of down-home Rock-n-Roll with their newest album, Threat to Survival, released September 18, 2015 through Atlantic Records. Vocalist Brent Smith and Drummer Barry Kerch, the band’s only two remaining original members, along with Guitarist Zach Myers and Bassist/Pianist Eric Bass, have produced Threat to Survival, their fifth studio album, with Dave Bassett (Halestorm, Josh Groban), Pete Nappi (Kesha, The Veronicas), and “The Ninja” Stevens (Daughtry, Tech N9ne).

Threat to Survival is an eleven track look into the psyche of people as they learn to deal with life, deciding whether to run away or stay and fight. Getting the album off to a rocking start is “Asking For It” with its catchy hook and riff as Smith sings about people who talk too much smack without a way to back it up. Next, “Cut the Cord,” a hard rocking, drum-driven piece, is accompanied with anthemic riffs that urge listeners to make up their minds and to stand up for their beliefs as Smith croons, “Because victory is all you need/So cultivate and plant the seed…” The intro to “State Of My Head” has Smith’s voice carrying on like a distant thought tickling the back of the listener’s mind before a funky beat kicks in with pounding drumbeats and melodic organ/synths as Smith states that he would rather die fighting. “Outcast” has a bit of Electronica flavor that incorporates a primal drumbeat as Smith drawls, “I’m coming back to outlast every outcast.” The next track asks, “How Did You Love?” with a primitive beat from Kerch’s drums as Myer’s guitar chords weave in out in this tune like an oiled snake.

“It All Adds Up” has a an aggressive Swing/Funk vibe as Smith sings, “There ain’t no magic bullet, there’s no cure for the weak/There’s no sympathetic shoulder here to put you to sleep.” Pianos and a gospel choir open up “Oblivion” before a riff cuts off Smith’s lyrics about taking care of one’s demons before they take over their lives. The anthem “Dangerous” has a driving beat and assertive delivery about using the best weapon one has at their disposal… their voice. Pianos and chanting background vocals herald in “Thick As Thieves” as a deep bass beat follows Smith’s lyrics about remaining faithful to someone as they grow into themselves. A Swing piano intro brings in “Black Cadillac” as the drum line asserts itself with a ’70s-centric riff accompaniment.

Drawing Threat to Survival to a close is “Misfits,” a finale with a contemplative vibe that culminates the listener’s experience with the album as a whole, with its rich, anthemic drumbeats and light guitars accompanied by synthesized wind instruments as Smith explains the value of being different, singing, “They called us crazy ‘cause we never fit in/We never thought of keeping up with their trends/It didn’t matter that we weren’t on the list/’Cause we were misfits, we were misfits.”

The themes in Threat to Survival are age-old issues that have plagued people forever. Shinedown, through the power of verse and their own experiences, have created an album for the times for fans to find their own spirit and strength. As Smith told CrypticRock back in 2013, “We’re always going to put ourselves out there because we can only write about what we know, what we’ve been through, situations that we’ve encountered, the people we’ve met, the places we’ve been to and continue to go to over the years. As we present ourselves to the world, we’re very truthful when it comes to songwriting and how we present ourselves to the public.” That never seemed more true than with Threat to Survival. CrypticRock gives this album 5 out of 5 stars. 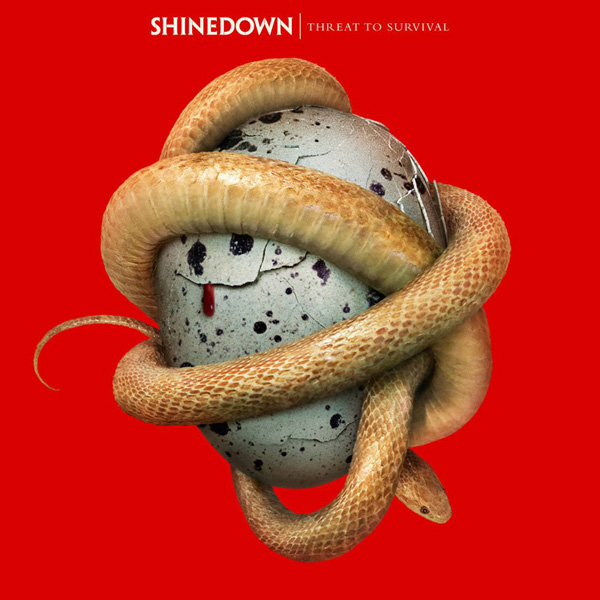