Every second, the world is on the brink of destruction. There are so many theories on how it will all end. Because, after all, one day it will absolutely end. No one knows when or what the final blow will be. Or do they? There are hushed talks in the darkest corners of a super weapon that could bring the end about sooner than expected. Speaking of which, on Tuesday, January 23, 2018, the end of the world began. Well, not really, but the newest disaster movie, Shockwave: Countdown to Disaster, hit DVD in the USA thanks to Monarch Home Entertainment. 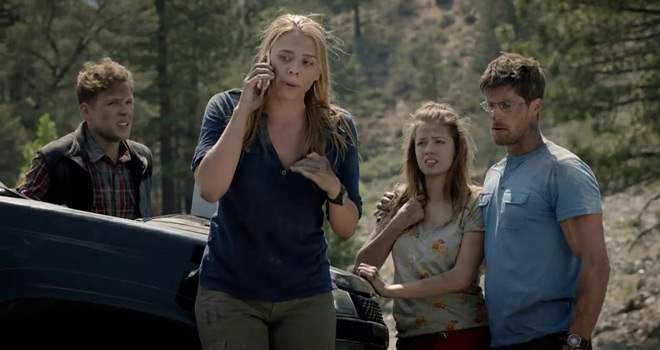 Directed by Nick Lyon (Punk Love 2006, Bullet 2014), the film begins in Yemen. Kate (Stacey Oristano: Friday Night Lights series, Bunheads series) and her male companion have been kidnapped by a terrorist group. It is her knowledge of the weapon they have also stolen that makes her important. Unbeknownst to the terrorists, U.S. Navy Seals are stationed to extract the pair from danger.

As the soldiers begin their rescue, she is forced to activate the resonance machine. She protests, but her pleas are ignored. While she is successfully extracted, the weapon is now activated. A shockwave and sudden fiery tornado forms as the weapon begins to burrow into the earth’s crust. Kate seems to be the only one who understands the gravity of this situation.

Kate’s husband, Rob (Rib Hillis: General Hospital series, Port Charles series), is also a professor. He is in California headed to a section of the San Andreas fault to study the more than normal activity there. He is accompanied by his student, Jake (Tyler Perez: Nova Road 2014, WITS Academy 2015), and their daughter Jessie (Morgan Lindholm: Bones 2017, Truth or Dare 2018). Jessie, unlike Jake, is there by duress. It is spring break and she is forced to spend it with her dad working because she is punished. They are unaware of Kate’s exploits and her connection to the seismic events.

Kate attempts to gain aid from the Department of Defense to shutdown the machine. She is met with much resistance. Pierce (Bruce Thomas: Legally Blonde 2001, Hall Pass 2011) and others in power refuse to believe that the machine still exists much less that she is the sole person who knows how to stop it. Drew (Evan Sloan: Earthastrophe 2016, Spaghettiman 2016), a data specialist in the DOD is the only person who believes every word that she says. He promises to do whatever it takes no matter the cost to help her and save the world. 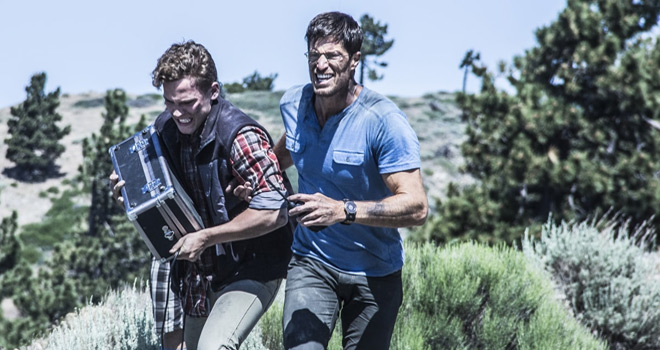 The family, though strained, reunites in California. The disturbances continue around the globe at catastrophic rates. Time between them increases. Different forces begin to collide; Kate and her group, the U.S. Government, and the machine itself are all fighting each other in a race to the death. Time is running out. Can they stop the end before it is too late?

Overall, Shockwave: Countdown to Disaster is, well, a solid disaster film. It possesses all the elements needed to elicit excitement and fear from the viewer. The perfect weapon of destruction has been created. How is it even possible to stop it? The sheer intelligence of the weapon and the science behind it points to the brilliance of the screenwriters. Often times in disaster films the main mode of destruction, explanation, and resolution is laughable. It is not so here. The special effects that depict the storms the shockwaves produce are terrifying but strangely beautiful.

Sometimes in a film with multiple characters, development is completely lost. The characters are just there to keep the action going. It is not so in this film. Each character not only perfectly serves their purpose but also are flushed out just enough to give them body and interest. The acting is just stubbly enough to make it all believable. Sloan’s Drew is anxious but sarcastic and witty. He is endearing in a way that even if his hands are not completely clean, he is the type of guy a person would want to share a beer with. 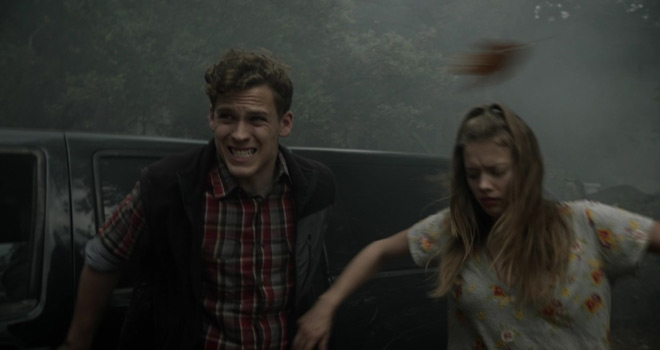 Furthermore, Oristano’s Kate is passionate and highly intelligent. She is grating at times, but it is obvious that she is not a one tracked character. Even Pierce, the embodiment of all stock bad government types is not just a flat character. Through Thomas’ facial expressions and body language, it is clear that a soul exists underneath.

A lot of films promise one thing and then deliver something entirely different. Shockwave: Countdown to Disaster promises an action-packed disaster movie, and it delivers in spades. From the visuals to the writing, it is excellently produced. In a sea of disaster movies, Shockwave: Countdown to Disaster is definitely high on the should watch list. Highly enjoyable and engaging, CrypticRock gives this movie 4 out of 5 stars. 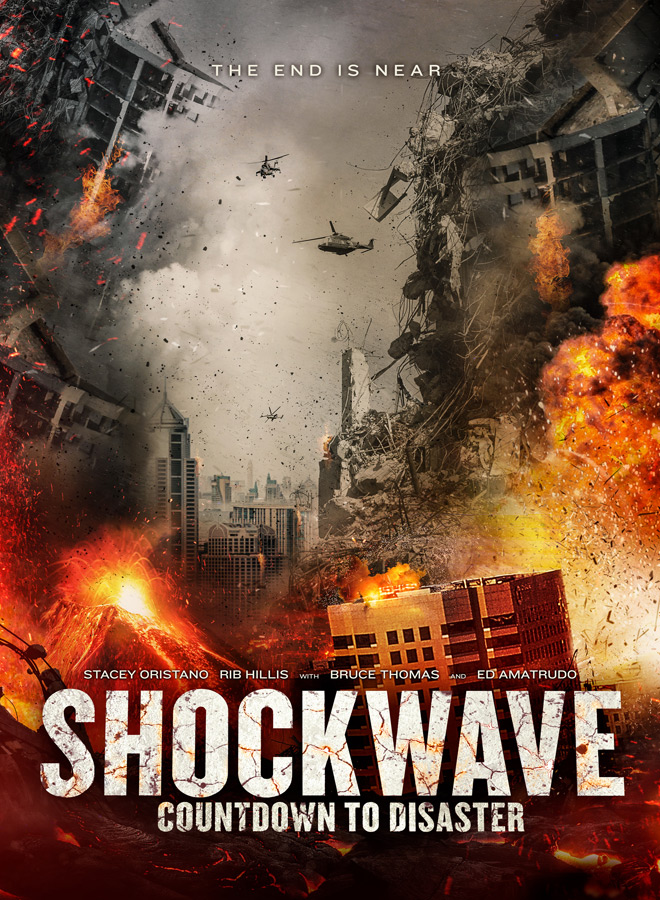