When one thinks of a robot they more than likely think, cold, calculated, and emotionless. Then, at the dawn of a technological boom in the late ’80s, John Badham’s film Short Circuit dramatically altered that perception. Released on May 9th of 1986, the spunky robot designated Number 5 rolled into theaters and the hearts of viewers everywhere. Firing off ridiculous one-liners and craving “input,” all while admiring the girl-next-door’s “software” and evading the government department he escaped, Short Circuit remains one of the most recognizable robot films three decades since its release. 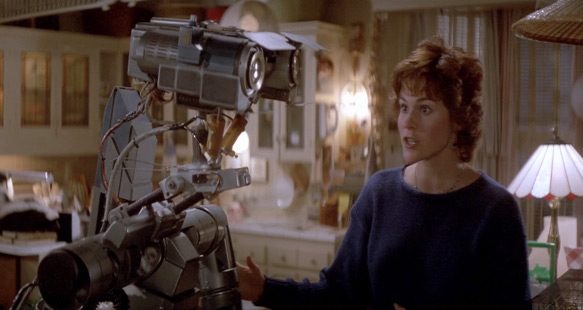 From here he learned about life with the help of plucky Stephanie Speck (Ally Sheedy), while trying to convince his creators Newton Crosby (Steve Guttenberg) and Ben Jabituya (Fisher Stevens) that he is truly alive. Government officials, led by anal-retentive Dr. Howard Marner (Austin Pendleton) and over-aggressive Captain Skroeder (G.W. Bailey) try to recapture Number 5, but he has other plans—and a laser on his shoulder.

When it was released, Short Circuit played as a lively popcorn-flick Comedy that aimed more for entertainment than any serious exploration of artificial intelligence or relationships. The script, however, was meant to be more introspective and Pendleton mentioned in 2009 that the story was beautiful, something that different lead actors may have been able to render more artistic. Regardless, the movie, and Number 5, are a staple of the 1980s and still turn up in current pop culture.

Blaney, veteran puppeteer and voice actor, additionally brought motion and a voice to Number 5. Working in everything from 1997’s Men In Black as Frank the Pug to singing “Goofy Goober Rock” in 2004’s The Spongebob SquarePants Movie, Blaney’s work as Number 5 remains one of his shining pieces of work.

His human companion in Short Circuit, Stephanie, played by Ally Sheedy, was equally as endearing to audiences. Known for her role in Brat Pack films like 1985’s The Breakfast Club, she also starring alongside Matthew Broderick in Badham’s 1983 film War Games. Her role as Stephanie in Short Circuit seems almost improvised, with a frenetic charm that plays well off of Number 5’s innocence and love of media-based comebacks. Although, it sometimes disconnects the viewer from the story and demolishes any nuance her character may have had. 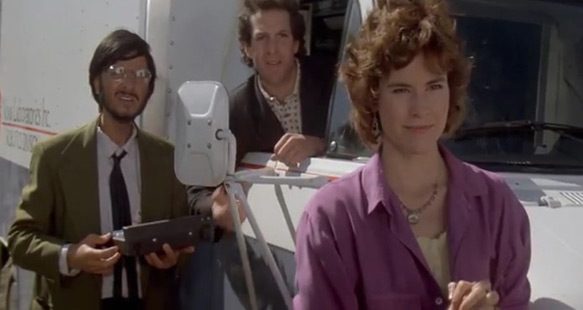 Popularly recognized for their work in the Police Academy series, Guttenberg and Bailey play basically the similar type characters in Short Circuit. The names and backgrounds are somewhat different, but they stick to one-dimensional goofball characters that lack depth and, in the long run, interest.

Guttenberg’s character, Newton Crosby, is meant to be an anti-social engineer that forsakes humans for his mechanical devices. It was a role made for complexity as the character must come to terms with not only a sentient machine, but facing consequences with coworkers, while at the same time gaining a love interest. Instead, he looks perpetually bewildered and delivers an almost monotone series of flat jokes and irrational actions.

Then there was Fisher Stevens’ memorable portrayal of Indian scientist Ben Jabituya. This is something that would not fly real well in 2016 society, given that Fisher is not Indian and used brown makeup and an over-exaggerated fake accent to play Ben. To his credit, many people thought that Bollywood actor Javed Jaffrey played Ben, given Stevens looked so much like him. It is also a testament to his acting skill that he brought a stereotypical character to life as well as he did.

This in mind, the script and directing did not give him much to work with, but he played Ben as an intelligent, sensitive inventor, albeit hilariously unfamiliar with common aphorisms. Benjamin’s character does not just see the potential in Number 5, and the people around them, but also pushes them to fulfill their potential. Showing there was life after the Short Circuit films, he has continued to find noteworthy roles like hotel concierge M. Robin in 2014’s The Grand Budapest Hotel.

Still, it is fascinating how Short Circuit is still so recognizable today. Often panned as silly by many, it has still survived 30 years of pop culture. Kids still respond well to it and it belongs to a group of films that fuels nostalgia for many ’80s kids. Critics at the time would snub unrealistic science in the film, but the audience of the 1980s often forgave logic errors to revel in zany stories, explosions, and wondrous adventures–escapism at its best. Now, though, in a society obsessed with everything dark and gritty, with theatergoers expectations for realistic continuity putting a damper on imagination, Short Circuit is a welcome diversion. 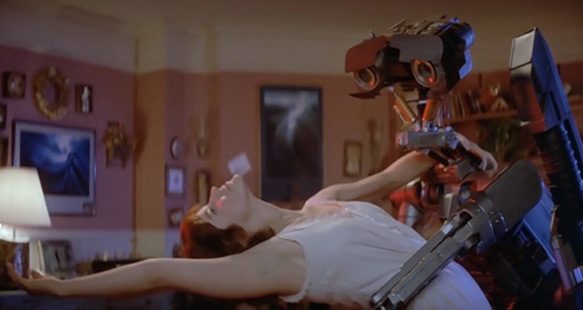 Part of its magic is that longing for nostalgia, but society is also still fascinated with robots and artificial intelligence. Honda’s robot Asimo and IBM’s computer Watson are real life examples of Sci -Fi turned real. The implications of our technologies interest, amaze, and sometimes frighten us, but we continue to strive for something new and better. Number 5 was designed similar to certain futuristic war machines in James Cameron’s 1984 film The Terminator. The dichotomy between the two films show the extremes of our nature—fear of technology’s consequences in Cameron’s vision and adaptability with and acceptance of technology in Badham’s.

Perhaps Short Circuit is loved for its quirks alone because it is just wild, eccentric fun. Number 5 is a character discovering life and everything that comes with it. Many identify with that search and the conflicts that are thrown in along the way. So Short Circuit does not deliver a strong story, or complicated characters, or consistent comedy; what it does give is hope. It lets the audience know it is ok to be silly and vulnerable, even when it does not make sense. Even though it has been thirty years, Short Circuit is shiny and rust-free, seemingly untouchable in an oxidized world. 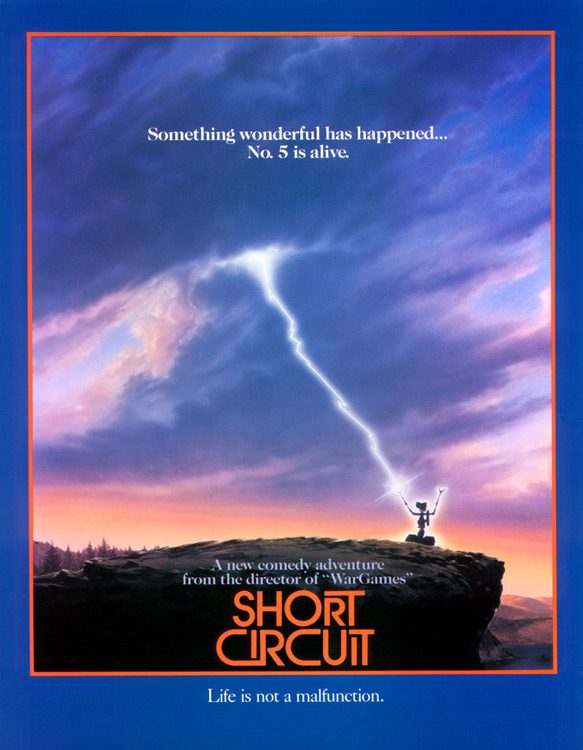