The United States prison industry is among the most successful and openly corrupt entities in our modern world. It does not care how loud you scream your innocence. That is irrelevant. Their profits come from staying full and they achieve this by bending the rules of society. When you leave their walls, your options are so sparse that the only way to feed yourself often times is by resorting to the same behavior that got you there. 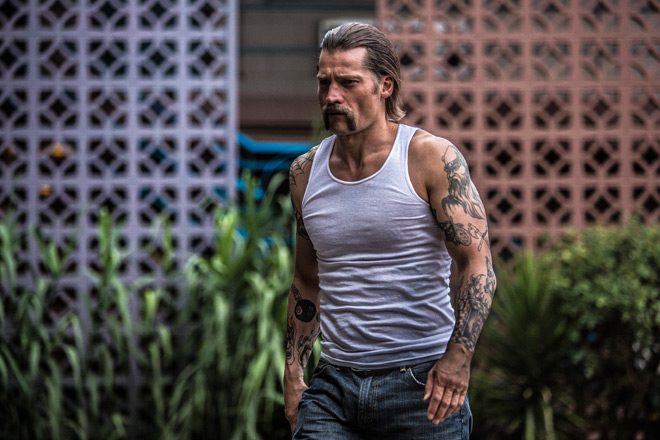 This picture painted, the game is overtly rigged against the players and the house always wins. Saban Films’ Shot Caller, released by DirecTV Cinema on July 20th 2017, in theaters August 18th, and on DVD/Blu-ray October 17th via Lionsgate, is a story of one good man’s incarceration in America and his Zhivago-esque slog into a madness that looks more like threadbare survival than judicial rehabilitation.

Directed by Ric Roman Waugh (Felon 2008, Snitch 2013), Shot Caller chronicles the disintegration of Jacob Harlon (Nikolaj Coster-Waldau: Game of Thrones series, Headhunters 2011), a successful investment banker as well as doting husband and father who, after a night of boozing, drives drunk, crashes, and in so doing, kills a passenger. Well-to-do Jacob attempts to fight the charges, but they have him dead to rights, courtesy of traffic cams and breathalyzers. He is thrown to the wolves on the prison yard where he almost instantly falls into a white supremacist gang and begins a meteoric apotheosis that isn’t punctuated by his release. Waugh has a proclivity toward prison films.

Told parallel to Jacob’s wondrous journey to skinhead stardom is a rollercoaster plot regarding gun-running that begins while he is incarcerated and extends through his release. Little do his “brethren” know, Jacob is working another angle that shows the audience that he has not quite lost the goodness in his heart and that, though he’s all but abandoned them, his family always comes first. 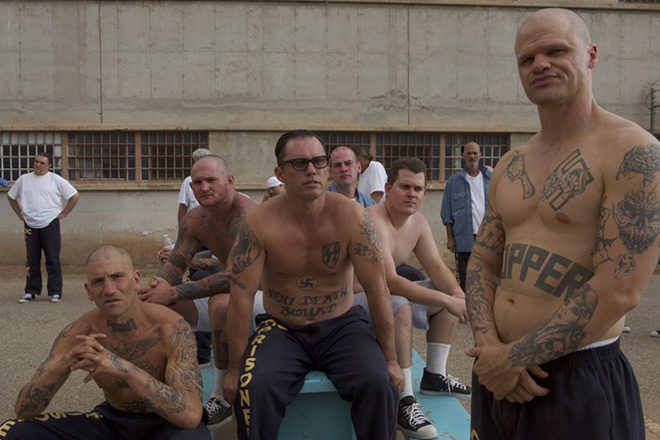 Shot Caller also stars Jon Bernthal (The Walking Dead series, The Punisher series) as Shotgun, a duplicitous Neo-Nazi snitch who takes Jacob under his wing in prison, only to attempt to smother him under it on the outside. Playing Kate is Lake Bell (The Secret Life Of Pets 2016, How To Make It In America series), the flummoxed wife who can not comprehend Jacob’s stark transformation from the sensitive and loving moneyman to whom she promised her life into a violent street creature who she would cross a freeway to avoid.

The pacing and organization of Shot Caller is reminiscent of the crime Jacob is incarcerated for in the film: it drives fast and a little all-over-the-place, eventually leaving its audience dead on arrival. There are two very different characters embodied by one enigmatic man who, at the end, the audience still does not feel like it knows. We meet the father and husband that loves his son and wife immeasurably, but as soon as he is behind that fence, he becomes a feral wolf boy with hardly any chrysalis stage in between.

This hasty transformation is meant to illustrate that prison makes a person hard and redefines who they are. It is also understood as the film carries on that there is a passage of ten years, but Waugh packs that ten years into twenty minutes, leaving the audience dizzied by how quick and easy it is for Jacob to become a monster, further alienating him from his audience. He is driven by a love for his family that is illogically hallmarked by pushing them away and being cold toward them. There is no one likeable in this film because their behavior is not indicative of humanity. Perhaps it is too real for the average person to recognize and only convicts and ex-convicts can appreciate its violent rawness. 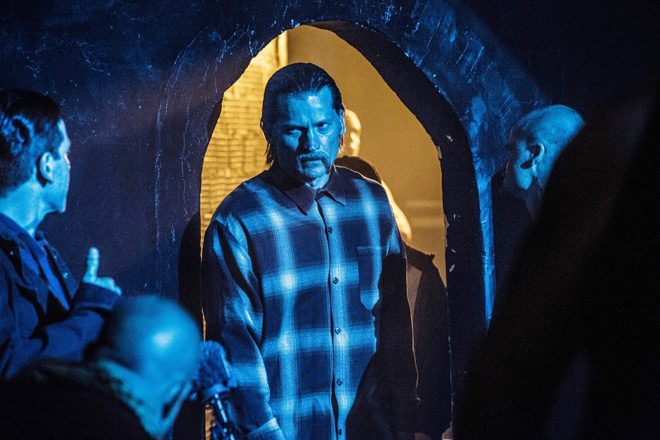 The film’s sound design did well to underpin the violence and threatening nature of the film. It trended toward droning violin chords that lended a raw intensity to the often-bloody visuals. There is very little for any of the characters to look forward to. It is a long tunnel, fraught with peril and death with only a static pinprick of light at the impossibly far end and the music conveyed that. Even at the very end, when the dust has settled on this diminished antihero, there are no redemption songs or upbeat tunes, only darkness.

Additionally, the cinematographer, Dana Gonzales (Felon 2008, Snitch 2013) employs that old familiar handheld style that is so common in bleak films such as these. It accentuates the stirred and drunken feeling that accompanies violence, shock, and disillusion. It shirks any comfort that can be found in stillness or calm and accentuates the clinical realism and white knuckle brutality that the United States Department of Corrections is so famous for.

The comically corrupt American prison system will inexorably change a person. They call it “correctional,” but the people who they claim to be correcting from criminal ways barely escape with any semblance of a life; many do not escape with even that. Justice used to be blind. Today, it is blind, gagged, and buried under a strata of red tape. The United States prison system will chug on same as ever, despite any light shone on its malformed face, and Shot Caller is a too-hasty case study of its impotence. As a result, CrypticRock sentences Shot Caller to 2.5 out of 5 stars. 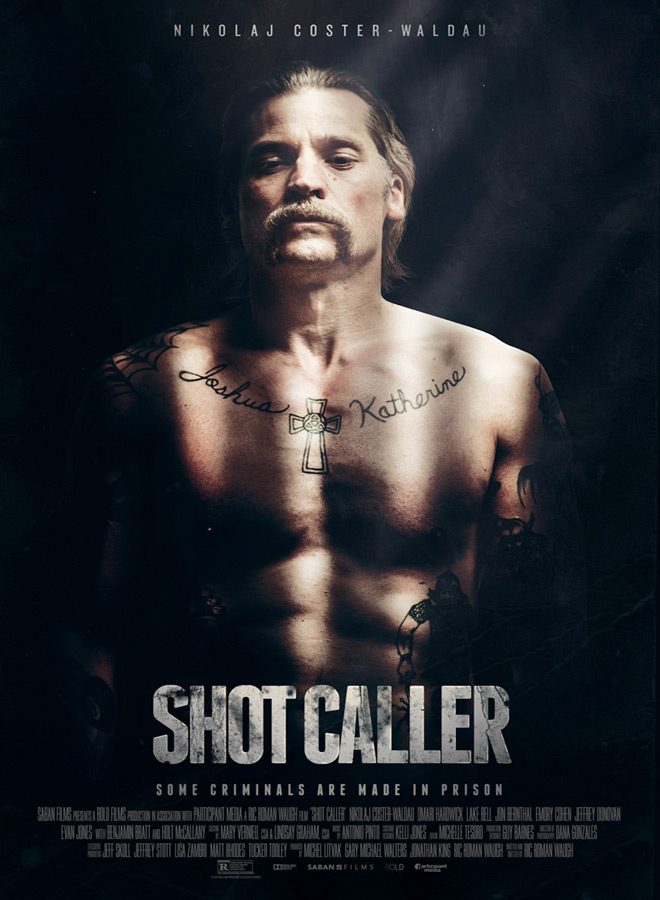 Those Who Wish Me Dead (Movie Review) The Colony (Movie Review)
Like the in-depth, diverse coverage of Cryptic Rock? Help us in support to keep the magazine going strong for years to come with a small donation.