Too often, Thrillers never deliver what they promise, but every once and awhile, one stands out, keeping the audience in suspense and mystery. That said, Shut In could be perhaps the most nail-biting Thriller of 2016. Released on November 11, 2016, the plot twister is directed by Farren Blackburn (Hammer of Gods 2013, The Interceptor 2015) and written by Christina Hodson while starring Naomi Watts (The Ring 2002, King Kong 2005) as Mary, Oliver Platt (2012 2009, X-Men: First Class 2011) as Dr. Wilson, Charlie Heaton (Stranger Things series, As You Are 2016) as Stephen, as well as Jacob Tremblay (The Smurfs 2 2013, Room 2015) as Tom. Lasting around 91 minutes, read why Shut In is an edge-of-the-seat tension-builder that should not go under the radar. 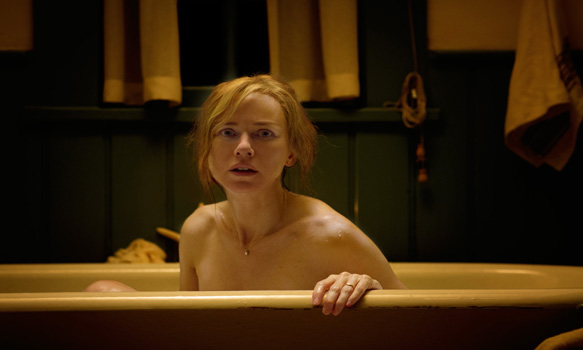 For Mary, life with her step-son Stephen has become less than desirable as he has become troublesome at school. Mary decides that it is best to send Stephen away and her husband agrees. Shortly after taking off, Stephen starts arguing with his dad and he causes an accident that ends his father’s life and leaves him in a vegetable state. Six months later, Stephen is living with his step-mother again and it becomes clear that Mary cannot live like that anymore. Besides working at home, Mary helps a young child named Tom cope with his fears, who also happens to not speak due to a fear impediment. Mary loves Tom, but social services see it fit to send Tom to a better place where he can get better faster.

Mary feels so alone now that Tom left, but to her surprise, when she thinks someone has broken into her home, Mary sees that Tom is in fact, the one who somehow got back to her house and is now seated on the back of her car. Mary assures the social services lady that Tom can stay there, but when Tom is nowhere to be seen, the problems for Mary begin to unfold. It has been hours since Tom ran away and with a storm coming in, it looks like Tom will not make it out alive by his own. 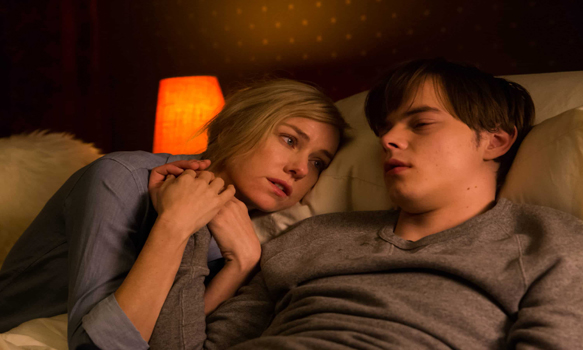 Knocks on the walls, unexplained noises, and nightmares are just some of the few things Mary begins to experience, along with her step-son Stephen. The severe snow storm has locked everyone in and out of the house and there is no one to help Mary for miles. When Dr. Wilson gets blood tests Mary had done a day before back to her, he lets her know that self-medicating is not the way to shut her problems out. Confused about this, Mary denies ever taking medication, and when she goes back down the basement to look for some survival things, she realizes that some things are better left undiscovered. 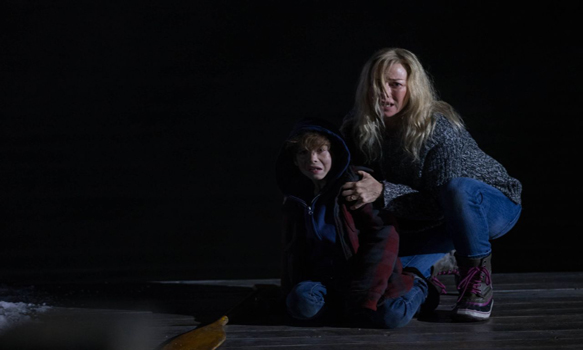 For most of Shut In, the audience will think that things are going one direction, when in fact, it is another one altogether. These types of Thrillers are what gives the genre meaning and the movie-lovers a great sense of satisfaction. Every little detail from the snowy mountains to the kitchen stove plays key important parts in the movie that lets it unfold, showing the audience that everything has a purpose. That in mind, when a Thriller can make someone feel like they are part of the story, it is when people know that everyone who worked on the film, including the amazing cinematography work done by Yves Bélanger, made sure that no stone remained unturned. One of those films that plays with people’s minds, Shut In is a must-watch, but do not watch it alone! CrypticRock gives this movie 5 out of 5 stars. 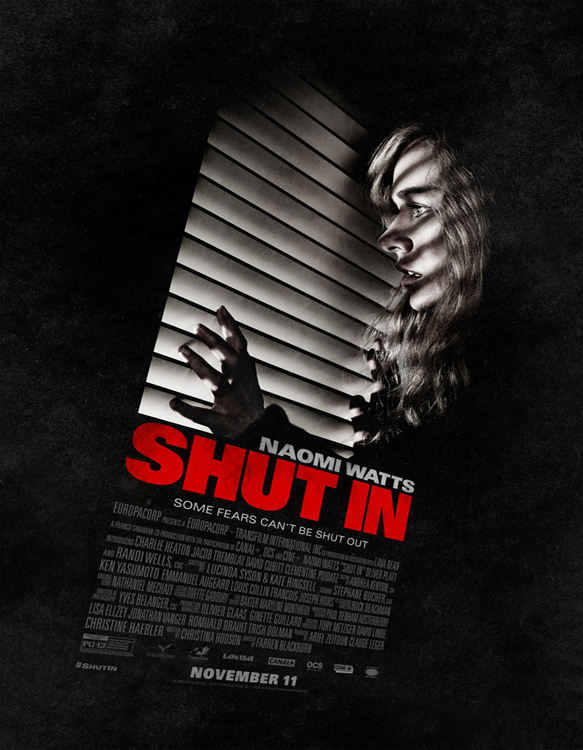