Sia – This Is Acting (Album Review) 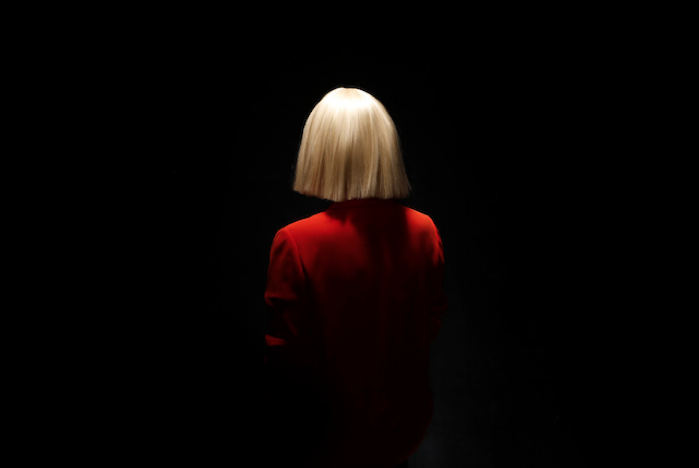 Sia Furler’s career has seen many phases, from being the frontwoman of  the Australian ‘90s Acid Jazz band Crisp to her time as a vocalist with British group Zero 7, and finally as a solo artist and sought after songwriter. Yet, it was not until 2014’s 1000 Forms of Fear and the mega-hit “Chandelier,”  that Sia became a household name, even being spoofed by Donald Trump on Saturday Night Live. She has become synonymous with over-sized wigs to obscure her face, or singing with her back facing the audience in live performances in an attempt to keep her identity concealed. She has been able to maintain a certain mystery with her public image as well as not falling into the typical Pop mold, and so it is her music that remains the focus.

Beginning to write material for other artists in the mid-2000s, Sia has become known for being able to pen a great Pop song. She made a name for herself composing hits like “Diamonds” For Rihanna, which she reportedly wrote in 14 minutes, “Pretty Hurts” for Beyonce, and “Invincible” for Kelly Clarkson.

The now 40-year-old Australian singer-songwriter’s seventh studio album, This Is Acting, is comprised of songs that were eventually rejected by other artists, but that Sia thought were potential hits, which she revealed in an interview with Rolling Stone, also stating that she feels her visual work is what showcases her artistry while her musical compositions are more of a commercial commodity. It is that knowledge that makes This Is Acting an album that can be viewed as both an album lacking vulnerability and an emotional connective tissue, but also as a glimpse into the world of Pop songwriting, which will either leave the listener left wanting or appreciating Sia’s talent and ability to tap into another artist’s persona.

Despite the formulaic nature of her writing process and the artists the songs were intended for, Sia’s powerhouse vocals infuse life into each of the tracks on This Is Acting. The album begins with the piano-driven “Bird Set Free,” which was co-written by Tobias Jesso Jr. If there is a sense of detachment on the album, it does not come here. Originally meant for 2015 film Pitch Perfect 2, it is difficult to picture this song having the impact in that movie that it does with Sia’s vocals. The only artist that might have been able to match or supersede Sia’s rendition is Adele, who also passed on the song. Although, Adele’s loss is Sia’s gain. The song is soulful with an anthemic and sing-along quality as Sia sings, “And I don’t care if I sing off key/ I found myself in my melodies/ I sing for love, I sing for me/ I shout it out like a bird set free.”

It is hard not to imagine what lead single “Alive” would have sounded like with Adele’s vocals and interpretation. The song, which was co-written by Adele and Tobias Jesso Jr. and produced by Greg Kurstin, was meant for 25, and though it was written from the perspective of Adele’s life, it is one of the moments on This Is Acting where it does not feel like Sia is role-playing, but rather connecting and singing the song from her gut. Her voice soars in the chorus, and as she belts the high notes, the character and break in her voice cuts through and infuses vulnerability and conviction into her lyrics.

The one track Sia kept for herself is one that is more reminiscent of the songs on 1000 Forms of Fear. The song is powerful and passionate as it sees Sia in a tumultuous position pledging to a lover, “I’d take one million bullets babe,” but asking, “How many would you take?” It’s one of the more exposed and personal moments on the album. There is no mistaking the artist for whom “Move Your Body” was written. The track begins with a rhythmic tribal beat and Sia twisting her voice to sound like Shakira. It is an infectious and sultry number that instantly makes the listener want to get up and dance. Sia manages to effectively give the song a seductive edge with breathiness to her voice, but it does spark the question of what Shakira’s vocal inflection and allover flare would have given the track.

The commanding “Unstoppable” is an empowerment anthem that will have the listener holding a fist high in the air, Billie Jean Davy or John Bender style as Sia sings, “I put my armor on/ Show you how strong I am/ I put my armor on, I’ll show you that I am/ I’m unstoppable/ I’m a Porsche with no brakes/ I’m invincible/ Yeah, I win every single game.” Furthermore, This Is Acting has a tendency to move from heavier tunes to lighter Dance tracks like “Cheap Thrills.” Initially intended for Rihanna, the song has a Reggae-infused beat and a fun groove. It is sure to get hips moving while the listener sings along. Another track that was meant for Rihanna is the Kanye West co-penned and produced “Reaper.” Possibly more than any other track on This Is Acting, “Reaper” feels like it needed the sass, attitude, and style of an artist like Rihanna, and therefore falls a bit short. But Sia, nonetheless, gives the song a strong vocal.

There are a few songs on This Is Acting that allude to an abusive relationship. The eighth track, “House on Fire,” seems to follow this theme. Co-written and co-produced by Jack Antonoff, the song touches on the addictiveness of such a relationship when Sia sings, “Baby I’m gonna drink you in/ Like oxygen, like oxygen/ Baby I’m a house on fire/ And I want to keep burning.” The would-be Beyonce ballad “Footprints,” to some extent, sparks religious imagery with lyrics  like, “I saw only two footprints in the sand/ Thought you’d abandoned me/ Let go of my hand, but you were carrying me/ Carrying me to safety.” It is a great example of Sia’s ability to tap into the personas of other artists.

One of the most unexpected but highly enjoyable tracks comes in the form of “Sweet Design.” Here, Sia samples the 1999 hit Thong Song,” and it is glorious. She takes ownership of the song, which seems like it would feel right at home for an artist like Beyonce, Rihanna, or Jennifer Lopez. But, the quirky songstress has fun with the material and delivers a catchy Dance tune. The final songs on This Is Acting does not pack the same punch as earlier numbers but are somewhat saved by Sia’s captivating vocals. “Broken Glass” is a run-of-the-mill Pop ballad and does not really get too exciting, while “Space Between,” a more emotional and intimate song about a breakup, ultimately feels a bit lackluster.

This Is Acting is a bit of a double-edged sword. There are moments of brilliance scattered throughout and Sia’s declaration that she felt the tracks included are would-be hits is not necessarily an invalid statement. Many of the songs contain that possibility and probability. Yet, Sia is at her best when she gives us something vulnerable and personal to latch on to. It is fun to pretend and she is really good at it, but it is much more gratifying to know the woman behind the wig. CrypticRock gives This Is Acting 3.5 out of 5 stars. 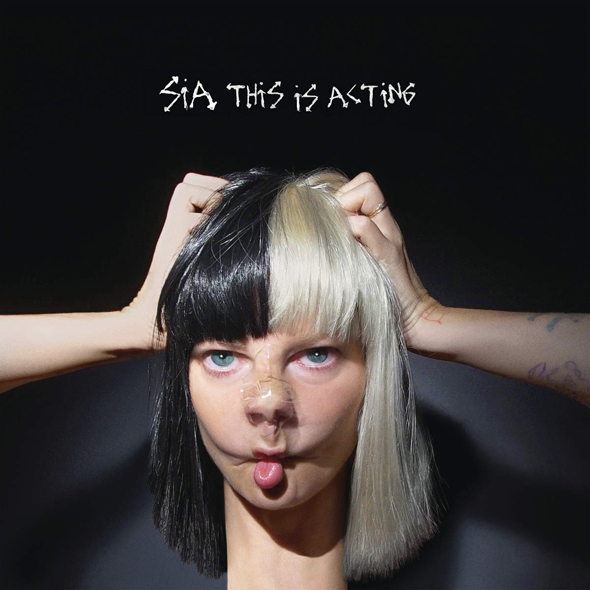