Sick Of It All – The Last Act Of Defiance (Album Review) 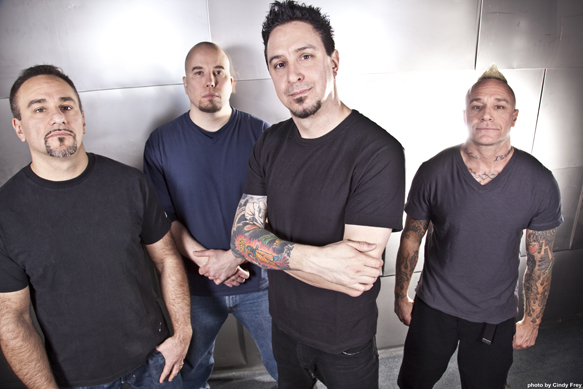 Reigning from the Queens, NY, Sick of it All has been the pinnacle of Hardcore Punk since their formation in 1986. Made up of Lou Koller on vocals, Pete Koller on guitar/ back up vocals, Craig Stari on bass/backing vocals and Armand Majidi on drums the band have showed no sign of slowing down and continue to show relevance on the scene they helped create. Having built an army of fans, the band returns with their eleventh studio album, The Last Act Of Defiance, in 2014.  Marking their first studio album since 2011’s XXV Nonstop, the new material sees Sick of it All working with Danish producer Tue Madsen once again.

Beginning with “Sound The Alarm,” the album ignites with fast-paced intense intro greeting fans with solid drums, killer guitar riffs, and multiple screams. This goes directly into “2061,” which showcases the impressive drumming of Majidi and deeper screams, adding into the Punk feel. Shouting a positive message of strength thereafter comes “Get Bronx,” which is angry head banging track. This is quickly followed by “Part of History,” which is short and sweet anthem with mid-line screams and hard distorted guitars. Moving along like a freight train, “Loosing War” features nautical bass and guitars lines clears the road for audible screams. This burns on with massive power carrying into “Never Back Down,” with funky drum beats and intense lyrics. Taking on an entirely different sound from the rest of the album, “Facing the Abyss” features spoken words and true clean vocals that hit with engrossing harmonic vocals, fierce riff driven guitars, and monster screams that transform into a melodic fitting abyss. “Act Your age”  is a bombarding song with dark rhythm, massive reverb guitars, and slow deep bass lines. “Disconnect Your Flesh” leads off with scrutinizing tough vocals, followed by pure clean singing making for a more mellow song adding a fun element to the lasting guitar battle and misplaced drums.

Bringing back the pure Punk is “Beltway Getaway” with raunchy screams, rapid speed drum hits, and perfected guitar. The song “Sidelined” details a precarious displaced bass with longer notable screams that lead into a somewhat slower breakdown of demented distorted guitars, making for a Metal like atmosphere. As the album winds down, “Outgunned” is a short and distorted piece, with a notorious metropolis of bass and drums. This is a prelude into the final track,”DNC,” a piece which features a chorus of giddy vocals, mixed into a more rhythmic toned outstanding lyrics. With drums of epic proportions and guitars that wail a pure Punk anthem, this is the perfect way to end The Last Act of Defiance. 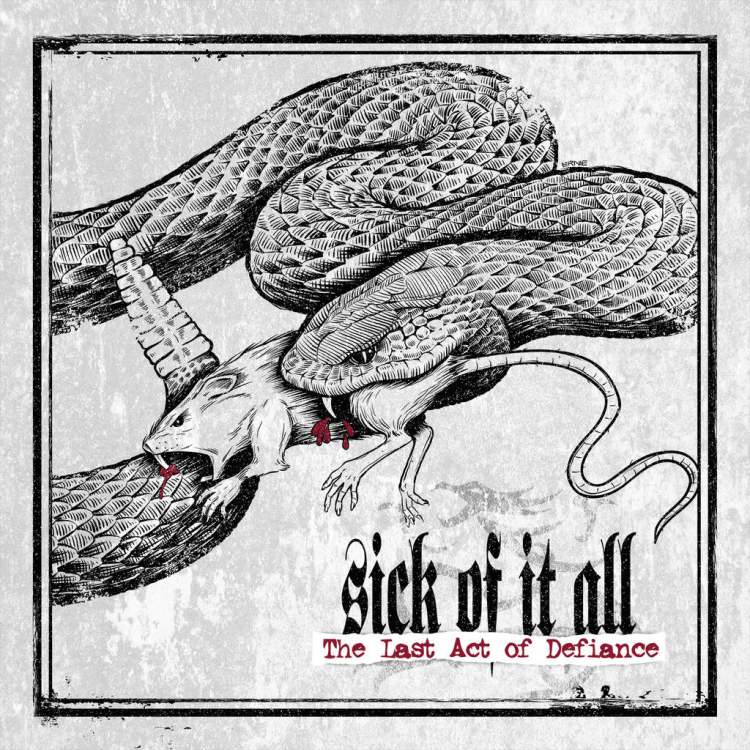 Album review, Sick of it all, The Last of Defiance
Print page
0 Likes