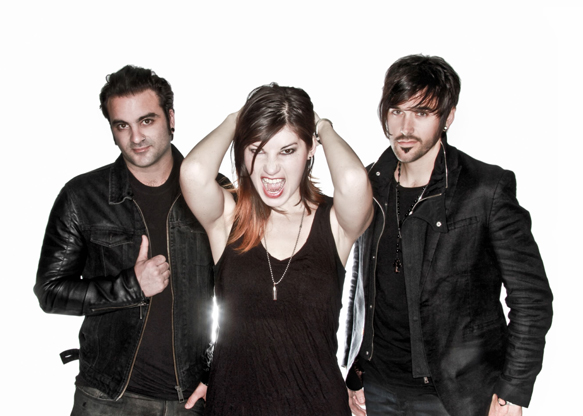 Back in 1997, the Alternative Rock band Sick Puppies was formed in Sydney, Australia by high school friends Shimon Moore (lead vocals, guitar) and Emma Anzai (bass guitar, vocals). Defying all odds, they would go on to international Rock success that grew over years of hard work. Their 2007 album Dressed Up as Life would become their first taste of fame, and that would rise to a greater high upon the release of 2009’s Tri-Polar. While both records have become fan-favorites over the years, it was 2013’s Connect that would see the band go in a different direction, one which polarized some fans. A compelling record, filled with different textural style than their previous releases, the risk would be rewarded with the band’s highest charted album to date.

Then, to many fans shock, 2014 saw the departure of Moore. A move that puzzled some followers, and even upset others, the common consensus was the Rock world had heard the last of Sick Puppies. A sad reality, given some time, Sick Puppies rose again with the announcement that Anzai and long-time drummer Mark Goodwin would recruiting former Glass Intrepid and Dev Electric vocalist Bryan Scott to start the new chapter in Sick Puppies’ story. A shot of adrenaline to their followers, Sick Puppies returned to the road in early 2016 and, on May 20th, dropped their fifth studio album, Fury. An unexpected surprise, Fury was produced by Mark Holman (Black Veil Brides, Three Days Grace) and sees the ever-evolving band head in a new direction once again.

Jump-starting the engine and putting the vehicle into high gear, “Black And Blue” begins with slight warping and hops into a hard beat. Hard-edged, guitars stand out for a moment, then vocals cut in for the first verse and Anzai joins Scott vocally. Then the halting beat continues into the chorus before slowing down to emphasize the lyrics from the chorus. A jolting opening, the heaviness continues with the single “Stick To Your Guns,” which features smooth vocals as quiet winds blow around the background on the quieter sections of the track. Subtle contrasting vocals are also featured throughout, and approximately two minutes in, the beat slows as Scott and Anzai’s voices melt into one another. Next comes “Let Me Live,” which begins with a scratchy bass leading into a short, heavier beat before quieting down for the verse. Then, like a rush of blood to the head, the tempo picks back up into the chorus with emotional cry out of “Let me Live!” as Anzai takes the lead on vocals with Scott.

Featuring solitary guitar playing, “Where Do I Begin” has a sound of a track being played in reverse. The drumline is complicated, but without detracting from the overall feeling of the music, provides the heavier tones. Then, ending abruptly with the lyrics echoing slightly, it is one of the many highlights sprinkled throughout the album. Kicking the energy back up, “Just The Beginning” jolts right into the Rock with fast guitars and crashing drums while accusing vocals keep pace, and they are as emotionally charged as the beat itself.

Adding a delicate touch, Anzai takes over on vocals once more for “Walls (You Changed).” Raising the temperature, the calmness takes off into a powerful chorus as guitars and drums play quietly as Anzai’s bass punches through here and there. Next comes “Killing Time,” which is introduced by a couple of simple, yet solemn sound effects followed quickly by simple, but heavy drum work and sober vocals. Kicked up for the chorus with a wider range on the guitars and drums, Azai’s warped vocals give an air of frustration and Scott nearly screams the next few lines. A riveting listen, the bridge reiterates the chorus quietly, but no less passionately.

Digging deeper, “Earth To You” opens with a recording of a man asking desperately if anyone is out there behind a dramatic, fast bass guitar. Shortly after, guitars and drums take over before vocals cut as the beat falls back to the bass guitar continuing the rapid measure before the track ends bluntly after repeating a piece of the chorus a few times. This is followed by another accelerated cut called “Beautiful Chaos” where thick, contrasting guitars and bass open things up. This is complemented by the vocals, which truly give the sense of a beautiful chaos with Anzai singing almost in response to Scott, making for a truly haunting piece.

While the album winds down, the fury continues with “If I stay,” which features crashing percussion with the kick drum really standing out. This is before the bass kicks, dramatically going into the first verse, then diving back in on the chorus. Then, as the finale, “Here With You” slows things down with a calm intro before the instruments all flow together to create a smooth beat. After a short pause, quiet, emotional vocals leads back, creating a solid Alternative Rock love song vibe.

A whirlwind of Hard Rock, Fury delivers everything fans are accustomed to from Sick Puppies. The vocals contrast and support beautifully, the rhythms continue to be heavy and emotional. It is quite a shift from Connect to a heavier sound, but it works exceptionally well. Sick Puppies stayed true to who they are, musically, and while a lineup change can mean a different sound, Scott’s addition will not disappoint. CrypticRock gives Fury 5 out of 5 stars. 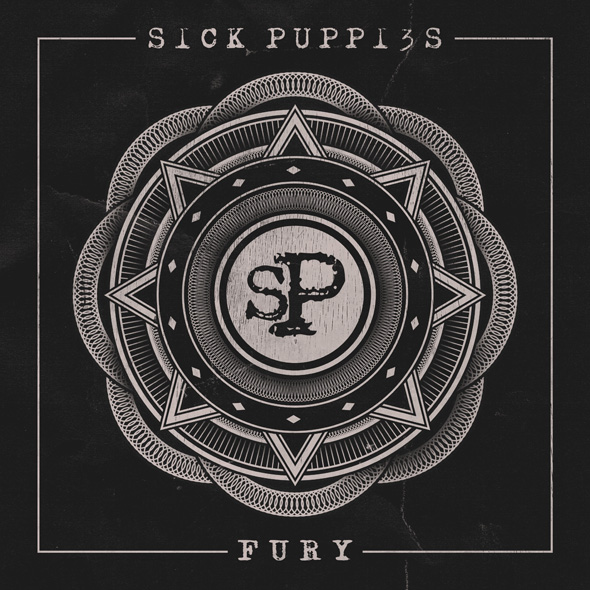