From High Octane Pictures as well as BrighterMoon Productions, and heading to VOD on the November 7, 2017, comes the new Supernatural Thriller Sightings. A tale described as 1975’s Jaws meets the Netflix series Stranger Things with a dose of 2002’s Signs, does it live up to such intrigue?

The story begins when ex-sheriff Tom Mayfield (Boo Arnold: Nashville series, CSI: Cyber series) comes across the bodies of three women on his Texas ranch, each coming from locations thousands of miles away. Though the authorities suspect him of killing them, his brother-in-law Rickey (Rawn Erickson: Plus One 2009, Agents of Secret Stuff 2010) and popular cryptozoologist Rebecca Otis (Stephanie Drapeau: StartUp series, Finding Carter series) believe otherwise and think it may involve the disappearance of Mayfield’s wife Lillian (Tiffany Heath: Cut Her Out 2014, Apocalypse Road 2016) and the paranormal – both things Mayfield himself and his daughter Hannah (Tahlia Morgan: Tea Time with Tayla series, Emily Carter 2011) will have to come to terms with. 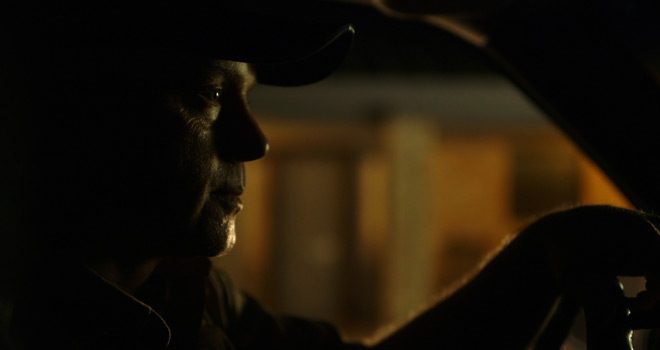 What is interesting about Sightings is that it is a family tale produced by a family – Morgan co-produced the film with her husband Dallas, who also wrote and directed the film. This is their third collaboration, excluding an appearance on The Newlywed Game in 2015 and The Morgan Duo Youtube channel. Dallas’ parents Roy and Kathy are also credited as executive producers. Sightings has been the elder Morgans’ sole contribution to the cinematic world thus far, but they have run a series of Christian music events under the Premier Productions banner, which BrighterMoon has done some promo material. Dallas’ film does share something in common with father Roy’s Premier Productions in that they both affirm faith in the unseen and unknowable. It is just that the father’s faith is in the Father (God), and the son’s faith is in Bigfoot and aliens.

Granted, it is doubtful the director puts either of them on the same page as Christianity, but the film has some religious inspiration in it – putting the audience in the shoes of a skeptic who gradually becomes a believer as the story unfolds. In fact, that was the given angle when the Morgans (referring to Dallas and Tahlia hereon) and Associate Producer and Editor Hunter Lemoine (Sam’s Rain 2009, Chugging Gone Wrong 2012) started the project off as Darknicer in 2012 on Kickstarter.

Seventy-one backers helped them reach their $7,000 goal with $211 to spare, earning themselves some perks and getting their names in the end credits. Considering the camera quality, the number of cast and crew, the five years between the campaign and its release, etc, this was likely more to help the Morgans get the project off the ground than be the film’s entire budget. It is not spellbinding, but it does look professional – like something you would at least find on the Syfy channel back in the day. Only the Syfy channel would have made it about Bigfoot fighting the aliens than what its twist offers. 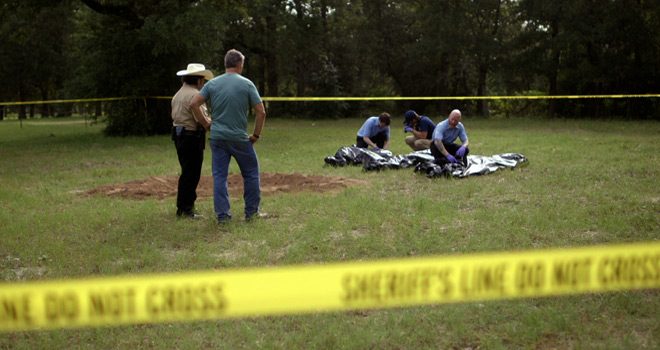 That said, as interesting as the development history is, Sightings itself is not so hot. The cinematography by Rocky Conly (Flush 2015, Here Boy 2015) is solid, but the editing is off. The Jaws comparison comes from the fact that the audience did not see much of the shark for most of the film – just enough to make them scared of what it could do. They did eventually see more of it – they saw it rise from the water and make Chief Brody tell the others “we’re gonna need a bigger boat!,” they saw it attack Quint, and they saw it meet its demise at the end.

In Sightings, there are glimpses of Bigfoot – an arm here, a leg there, something passing through the woods. It works well at building up tension in the early going, but then the audience learns they are not going to see much more than that. They get good looks at how well the actors can scream, struggle, and get carried off by their unseen foe, but it is still nothing more than the odd arm or leg. Perhaps, like Spielberg with the animatronic shark, the Morgans were unhappy with how the monster suit looked (donned by Lemoine and key grip Russell Rakestraw) and decided to cut out as much as they could get away with. It does mean the poster below shows it off more than the movie does, which is not a good thing. 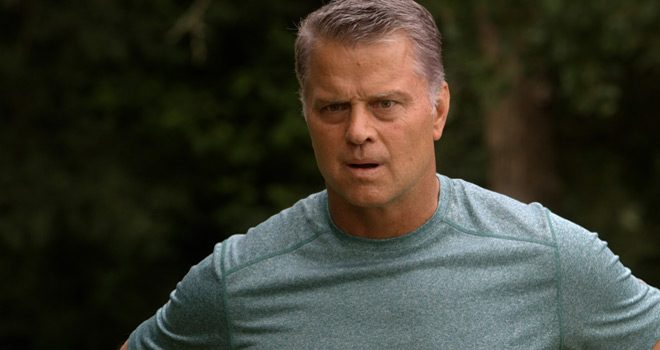 The dialogue also suffers, working like a faulty seat belt – clunking more than it clicks. At its best, it is average and at its worst it is stiff and unnatural (“Please forgive me for my unwelcome arrival…”). The actors do their best with it, but there is only so much they can do to make it work. Though, their performances are rather solid altogether. Arnold is pretty good as the grieving, skeptical sheriff, as is Tahlia Morgan as his frustrated daughter. Erickson also gives some personality to Rickey, a conspiracy theorist one tinfoil hat away from the funny farm, though perhaps he comes across as a touch too comical for the film. This may be more due to direction than acting, but it seems like his Rickey would be better in a Tremors-esque film – laughter with the slaughter – than countryside Jaws.

Although, if there were any weak links acting-wise, it would have to go to Drapeau’s Otis, though not because she is particularly bad – she is as solid as the better cast members. She is just given the lion’s share of the dialogue’s clunkers, which does not help her make the character work as the cryptozoologist in the know. Furthermore, Security Expert Akio Nagi (Dante Basco: Hook 1991, Avatar: The Last Airbender series) comes off better as a monster fanatic with less scenes and lines in comparison.

In the end, Sightings is an uneven film with some good camera work and solid performances, but it has a monster that is barely there, dodgy dialogue, and a plot that is intriguing, but opens up some holes when it tries to tie things together. It has had some heart put into it, but sadly it does not all work out. Worth at least one watch, CrypticRock gives this film 2.5 out of 5 stars. 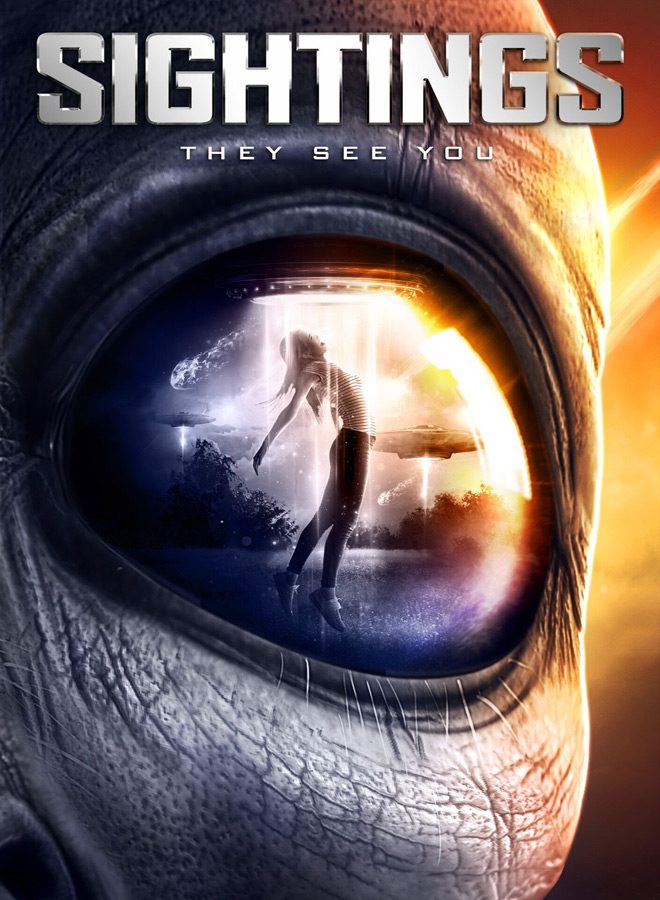