SikTh – The Future In Whose Eyes? (Album Review) 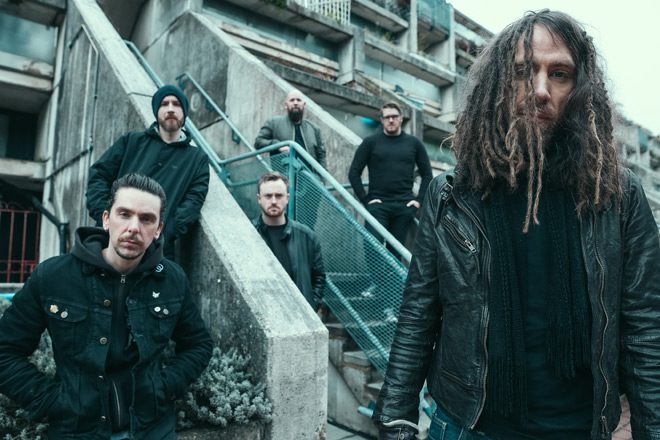 Do you dream in fairies and demons? Can you hear the moon? Are you open to some seriously frenzied, sonic observations on life and humanity, all set to a frenetic pace from some of the best practitioners of Djent today? If so, then SikTh have what you crave with The Future In Whose Eyes?, released on June 2nd via Millennium Night.

Key figures in the Djent scene, SikTh formed in 1999 in Watford, England. Their debut album, The Trees Are Dead & Dried Out Wait for Something Wild, was released in 2003, and saw the band performing at the Download Festival as well as touring Japan with Anthrax and Killswitch Engage. Their sophomore follow-up, 2006’s consonance-filled Death of a Dead Day, peaked at No. 94 on the UK Albums Chart and led to the band once again performing at the Download Festival in Donington Park.

In May 2008 – just short of a decade-long career – SikTh announced their split, naming as a key factor the departure of Vocalists Mikee Goodman and Justin Hill, and the remaining band-members’ inability to fill the vacated vocalist positions. In their absence, the Djent movement began and fans rediscovered the band, with many musicians finding inspiration and a crop of news bands – Protest The Hero, TesseracT, Animals As Leaders, and Periphery just to name but a few – emerging as newcomers to Metal and followers of the SikTh way. With the tide turned toward their favor, SikTh reunited to perform at the 2014 Download Festival, which led to headlining gigs at the Euroblast Festival in Germany, as well as a tour of their native UK in fall 2014. The band would go on to perform at the UK Tech-Metal Festival, Silence Festival V in Nepal, and tour with Slipknot and Suicidal Tendencies.

Now reunited and reinvigorated, SikTh – Vocalists Mikee Goodman and Joe Rosser, Guitarists Dan Weller and Graham “Pin” Pinney, Bassist James Leach, and Drummer Dan “Loord” Foord – have returned with their third full-length studio album and first full-length release in over a decade, The Future In Whose Eyes? Produced by Weller, the twelve-song collection presents complex musical compositions that place the band across multiple subgenres of Metal – from Progressive to Metalcore, to Avant-Garde, to Mathcore – all represented visually by some seriously fun cover art that is part Species and all Science Fiction, created by 3D Animator and Artist Meats Meier.

The Future In Whose Eyes? kicks off to the crushing Metal of first single “Vivid,” a frenetic-paced, dual vocal assault that harkens to mind something like Faith No More, System of a Down, and Red Hot Chili Peppers all catapulted into a blender; this is grade-A Djent. Melody creeps into the choruses here and it is all capped off with one superb, racing guitar solo. Meanwhile, there is a vocal battle occurring in “Century of the Narcissist?” that melds into the intriguing tale of “The Aura,” and ultimately, the intense, Spoken Word prose of “This Ship Has Sailed.”

A tale of a woeful world in which money and war rule the assembled masses, “Weavers of Woe” presents a more traditional Progressive Metal approach with intense bass and some delicious, Spanish-flavored guitar work. Lyrically, SikTh pose a pertinent question for our modern times: “Why let demons win?” The massive, infectious sound of “Cracks of Light” – which features Spencer Sotelo of Periphery – is comprised of Spoken Word verses against catchy, soaring choruses about searching for that always elusive happiness. The gentrification-related commentary of third single/video “Golden Cufflinks” offers some of the catchiest choruses on the album and contains the lyrics that gave rise to the album’s title. It moves into the Spoken Word prose of “The Moon’s Been Gone For Hours” flawlessly, the latter narrated in a superbly raspy, quasi-evil voice.

A return to the frenzied pace, “Riddles of Humanity” questions a world that favors conformity, placing the ultimate judgement that humanity is flawed. The album’s second single and first video, “No Wishbones,” is marked by soaring vocal theatrics throughout its chorus, contrasted with Spoken Word elements and all set to that frenetic Djent pace; with superb bass work and pulverizing guitars. Metallica chose to Ride the Lightning, while SikTh spit vocal insanity on “Ride The Illusion,” a dour gaze at a world of technologically-brainwashed sheep. The whole package wraps up with the Spoken Word outro, “When It Rains.” SikTh choose to raise some pertinent questions here, leaving listeners to ponder the likes of life, reincarnation, tomorrow’s moon, and fairies.

SikTh present an always massive sound fraught with stellar musicianship and some truly superb, frenetic guitar work thanks to the dual attack of Weller and Pin. While Djent is not a sound that is for every Metal fan, it is a unique, experimental and avant-garde approach that leaves SikTh standing solid as pioneers in their chosen path. For their unique blend of madly frenzied sonics and intelligent, lyrical prose, CrypticRock give SikTh’s The Future In Whose Eyes? 4 of 5 stars. 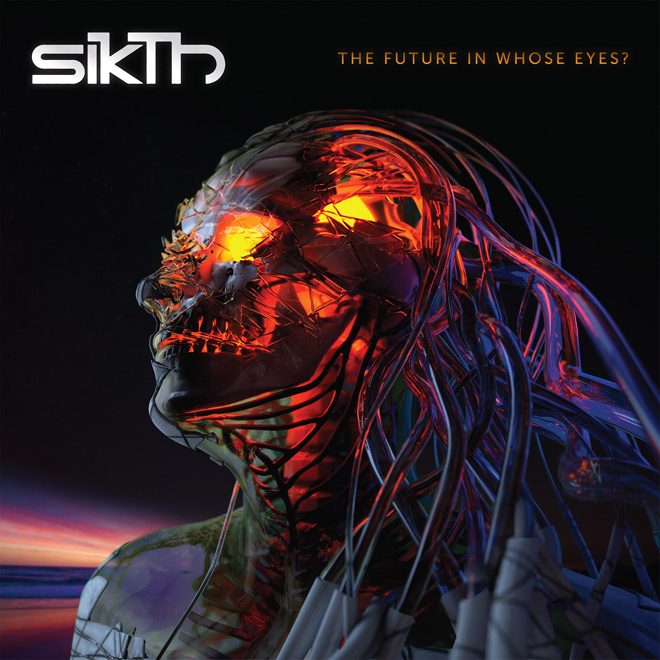 SikTh will be playing select shows across the UK and Europe throughout the summer. Check SikTh.band for further details.